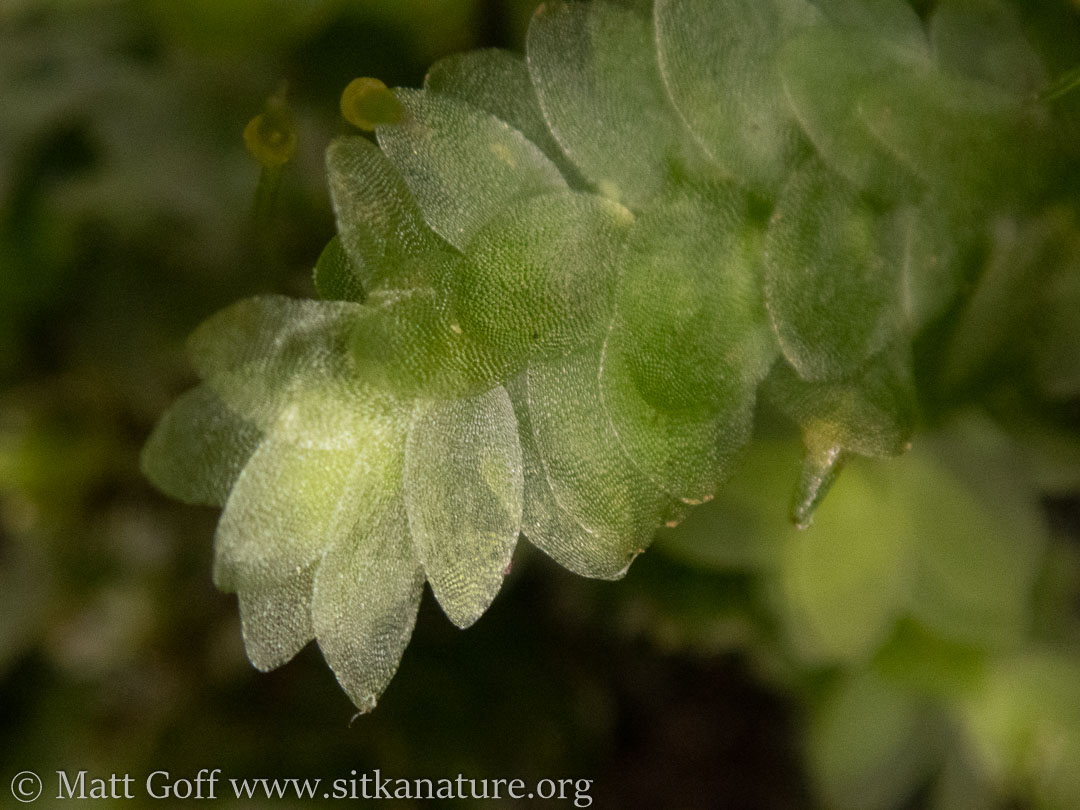 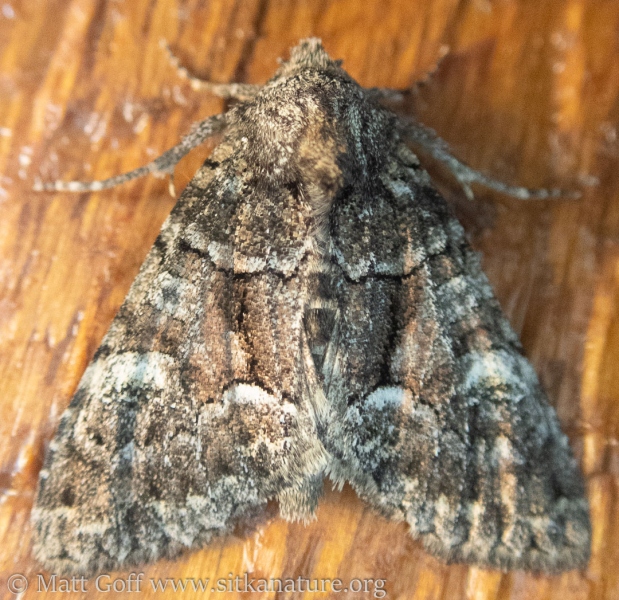 Overcast for much of the day. Partial clearing for a time in the afternoon, though it never got beyond mostly cloudy before the clouds closed back in. A little bit of rain early this evening, with steady rain starting later.

I had tentatively planned to get up a mountain today. Looking out to see marine stratus covering the top of Gavan Hill this morning made it easier to let go of what motivation I had to get up and going this morning. As it turns out, had I gone up Bear Mountain, I probably would have been able to spent a chunk of the day out of the clouds, but it didn’t happen that way.

Instead I spent some time this morning and afternoon doing some cleaning and organizing around the house.

Later in the afternoon when the marine stratus had lifted and broken up a bit, I headed out with the intention of going up Harbor Mountain to look for raptors. When I noticed there still clouds hanging over the top of Harbor Mountain I opted to revisit Starrigavan and spend a bit more time looking around (since yesterday’s visit was kind of short). 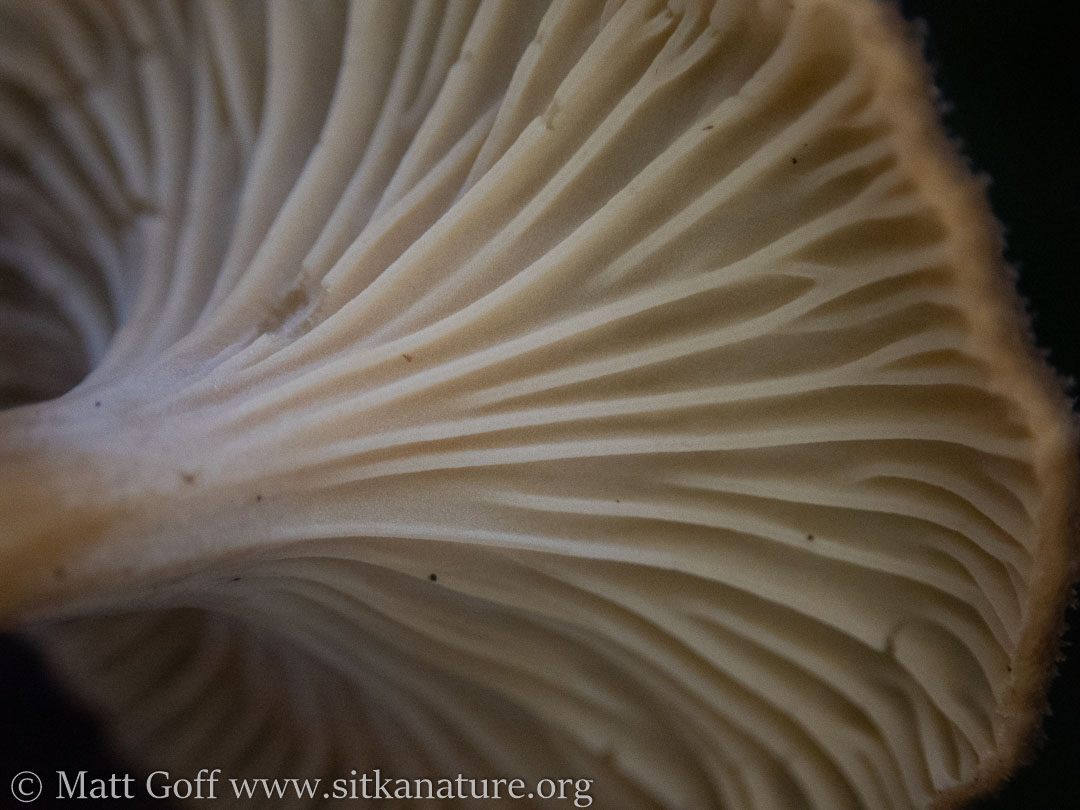 I made it a bit further out Mosquito Cove trail (walking the shoreside part of the loop to where it starts to go up off the shoreline a bit more seriously). I noticed a few other fungi that I hadn’t yesterday.

This included first smelling, then seeing Hydnellum suaveolens, a particularly strong smelling toothed fungus. The smell reminds me a bit of a sickly sweet deodorant/clearner. 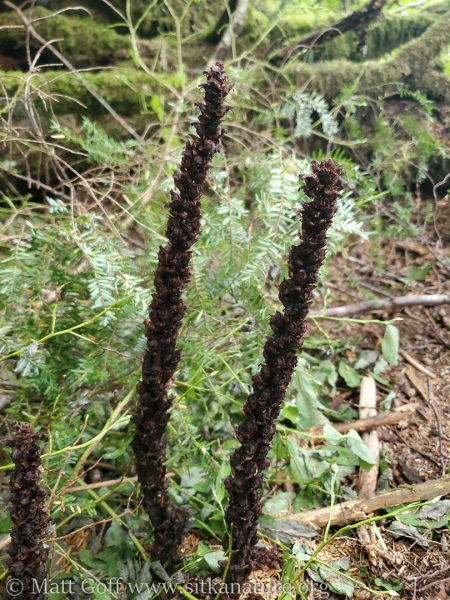 Along the way I was also able to find groundcone (Boschniakia rossica). It was well past prime, but still identifiable. It was the first time I’ve made an observation of one this year. 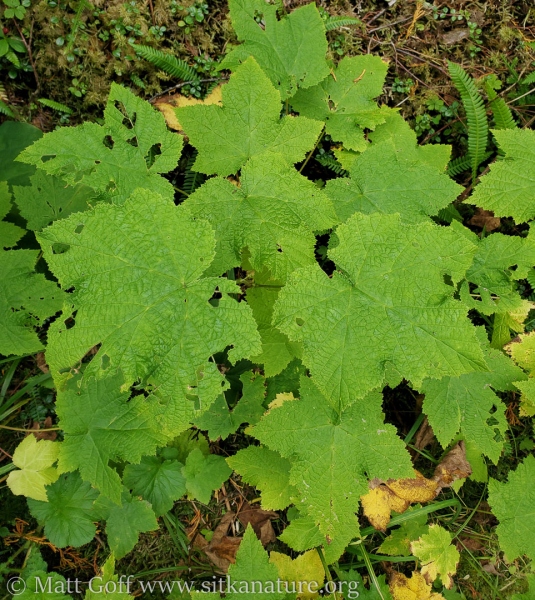 Before heading back home, I made a stop at the forest and muskeg trail. Motivated in part by a thimbleberry plant I remembered finding there before (another one for my year list), I also kept my eyes open for fruiting fungi.

As of today, I’m up to 831 species (921 taxa) in my 2021 observations. I’m intentionally working to get to 1000 for the year. I think I have 50 to 100 species photographed but not yet posted as observations in the many hundreds of photos I’ve yet to process from earlier in the year. I probably won’t get through these until very late in the year, so I’m trying to get to at least 900-950 even before I begin focusing on the backlog. 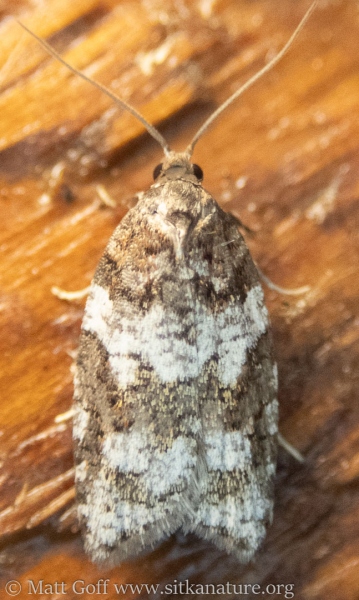 The black-headed budworm moths (Acleris gloveranus) have started to show up at my porch light recently. There were at least a couple of them last night. 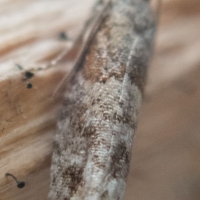 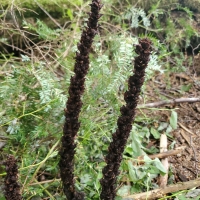 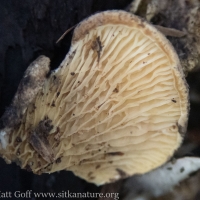 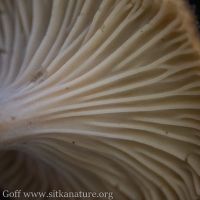 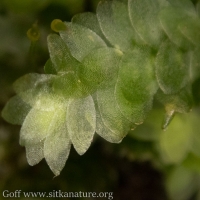 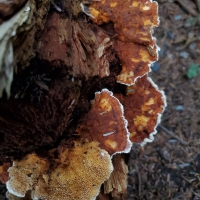 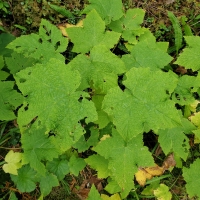 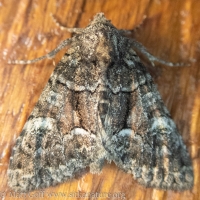 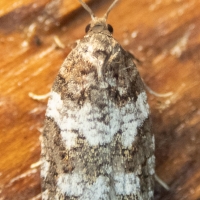 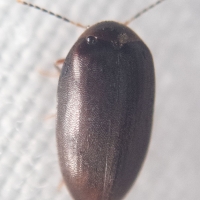