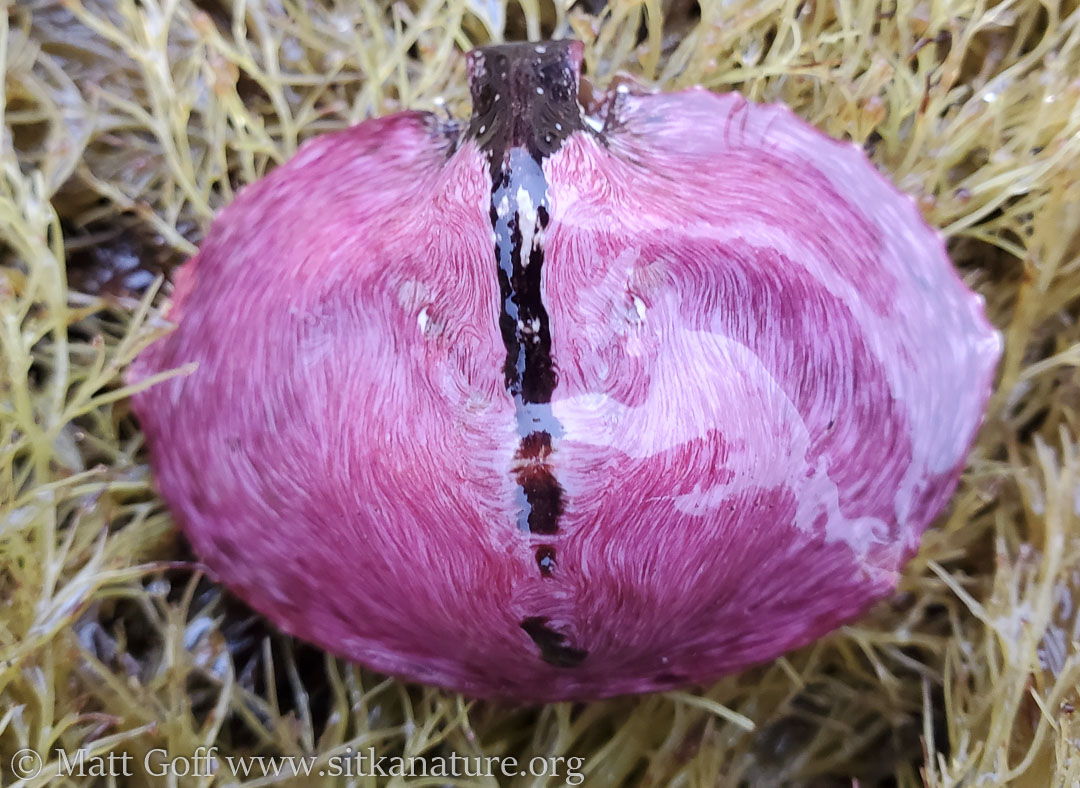 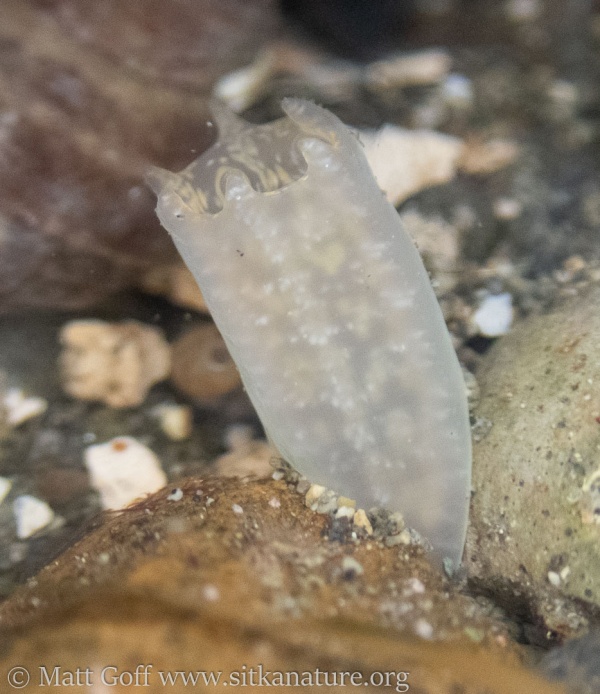 Very rainy with gusty winds early. Winds and rain tapering off through the day. Temperatures warmed into the lower 60s overnight, but dropped down to the upper 50s this morning.

My day started early, as I had agreed to meet PN, and visiting iNaturalist user @muir to head out for low tide. If weather permitted (spoiler – it did not) we planned to go to the Causeway, and otherwise pick a beach on the road system.

With steady rain falling and gusty winds reported at the airport, we opted for Sandy Beach. Connor did not have work, so he came along, and KJ met us at the beach.

We were on the beach by 6am and Low tide was at 7:18am. After a bit over two hours, we’d had enough, declared victory, and beat a hasty retreat. 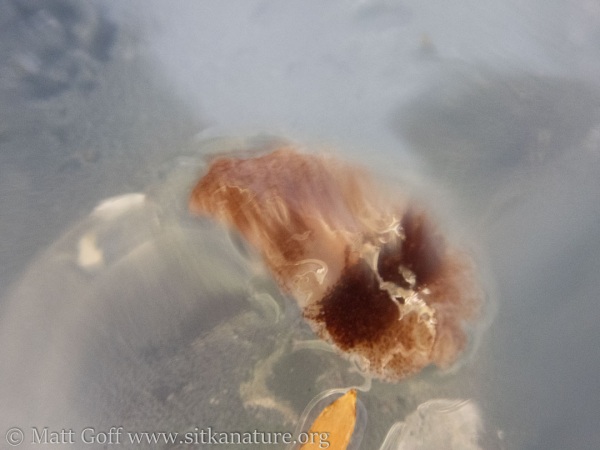 With the blowing rain, my camera lens frequently had water on it. Despite frequent wiping, decent photos were not so easy to come by (as I discovered belatedly when reviewing photos at home.) 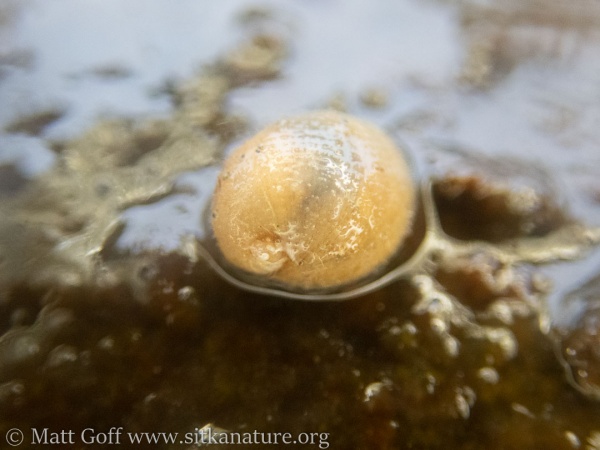 I’m not sure, but I suspect I was able to observe at least 2 or 3 new species. 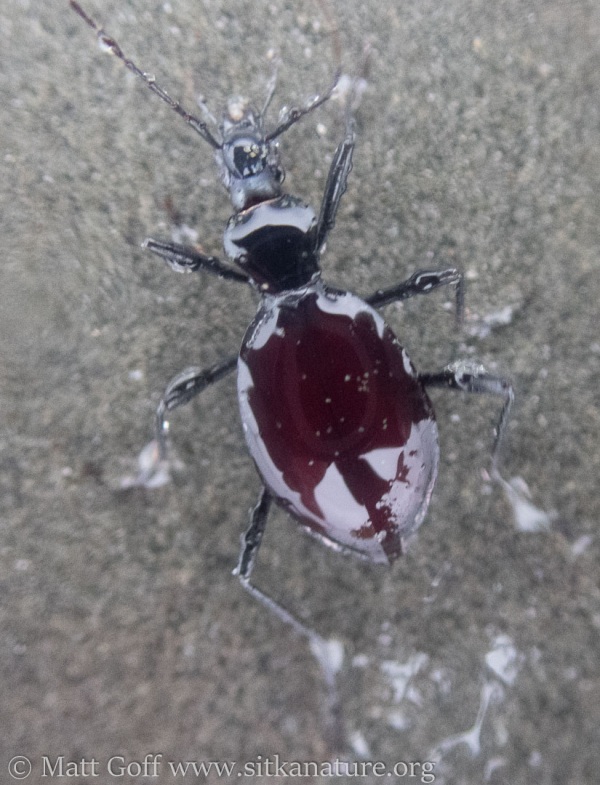 There were at least three ground beetles on the sandy part of the beach. These included two Pterostichus and a Scaphinotus angusticolis. I suspect they were washed down by the high water if the streams, though I don’t know how they managed to escape the current. Perhaps they were pushed back up by the waves after being making it to the ocean? 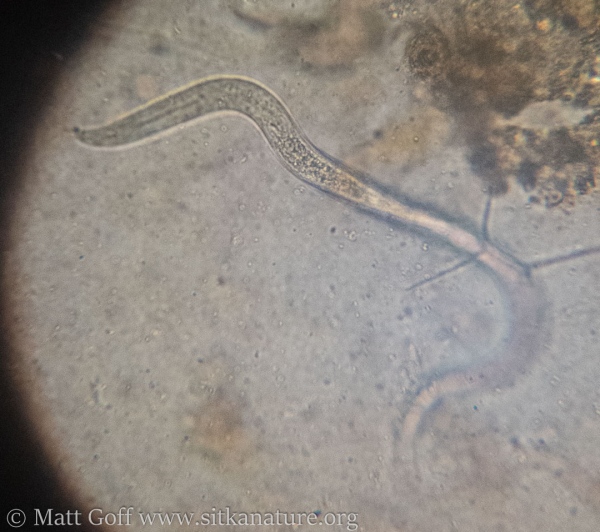 PN invited us to look at some collections in a microscope after the beach, so Connor and I went over. As it turned out the foam he had collected didn’t have much in it. I was able to get pictures of a nematode, my first.

By this evening when I headed to ultimate, the rain had let up substantially. By the end of ultimate, it wasn’t raining at all (though rain did start up again later).

Rain totals for the storm are well over an inch at the airport, with over three inches at a couple of the precipitation observing locations around town (most specifically out the HPR side of things). Indian river peaked just below action stage at 9:30am, but I didn’t make it out to take a look. 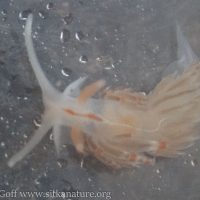 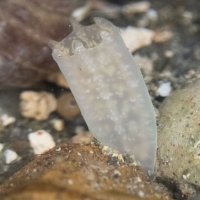 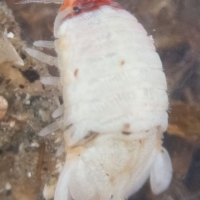 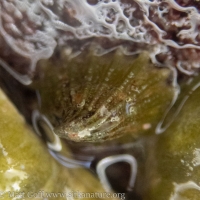 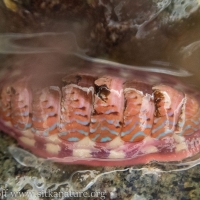 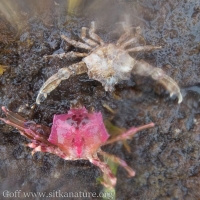 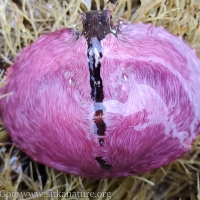 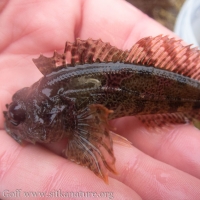 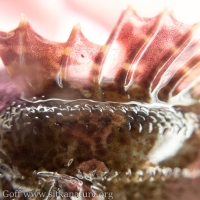 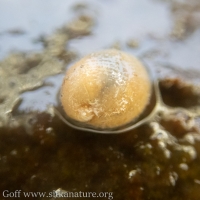 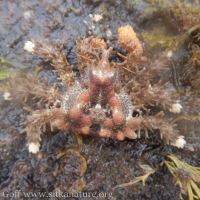 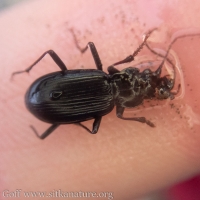 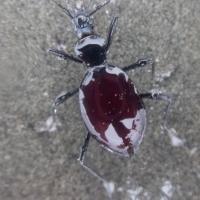 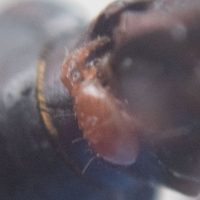 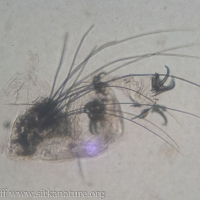 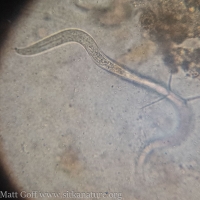