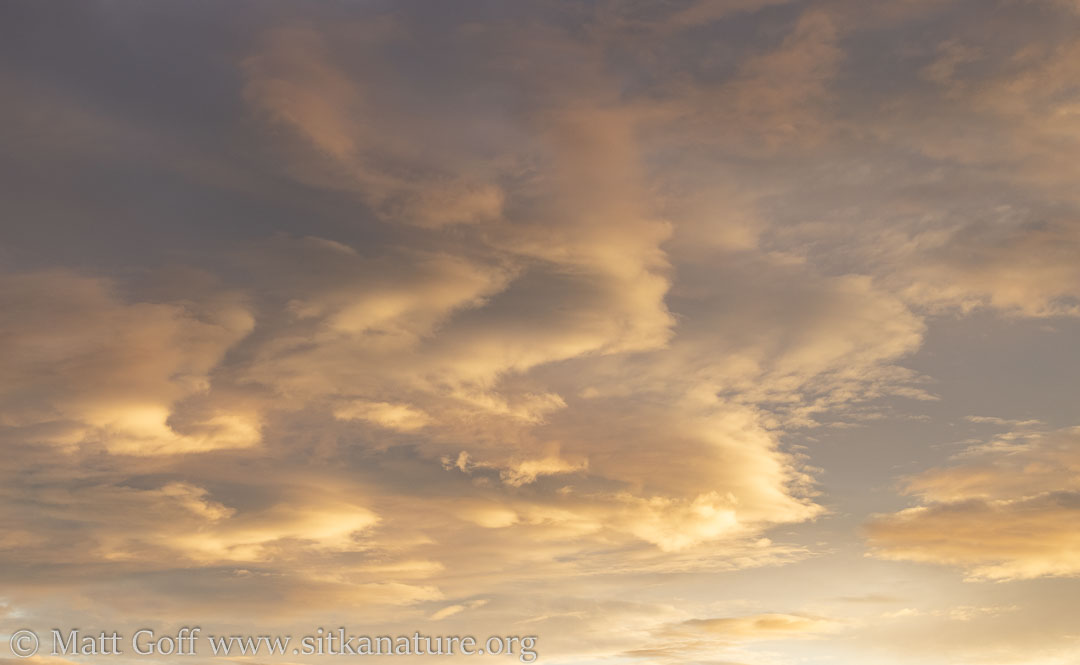 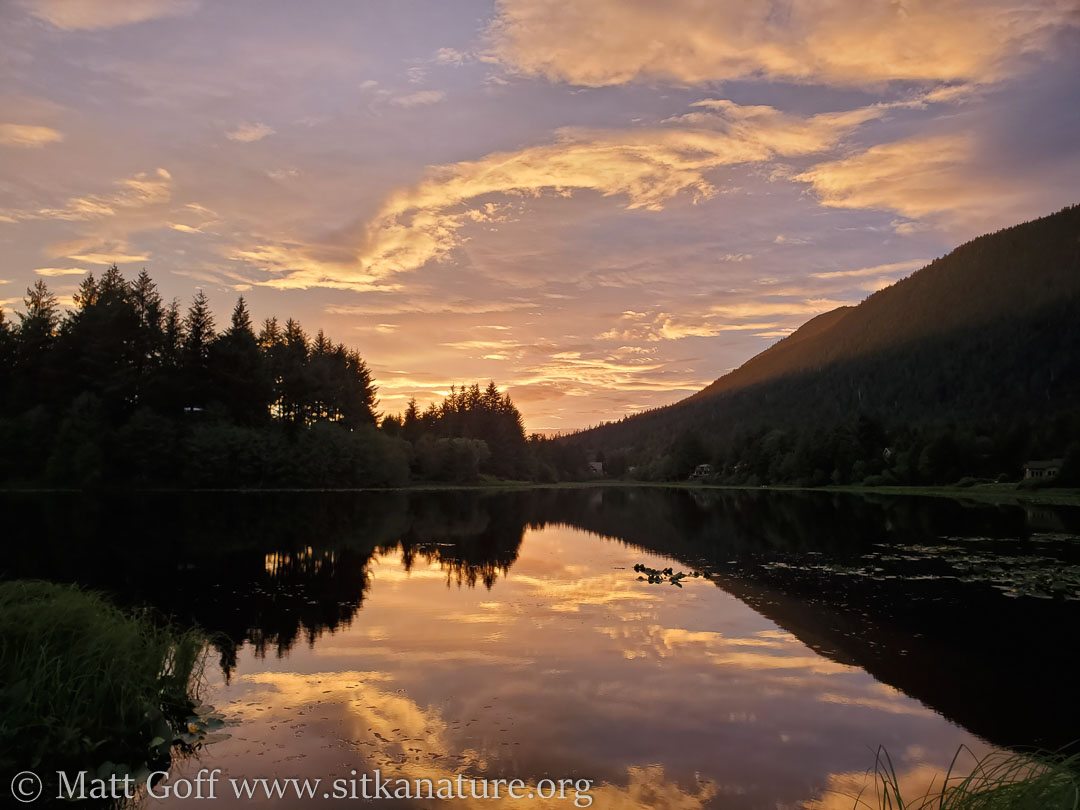 Partly cloudy through much of the day. Temperatures reached the mid 60s.

Although it was sunny, I was feeling tired and not especially motivated to get out. I suspect this was due at least in part to yesterday’s disrupted sleep.

I did finally get out for a walk this evening, first down and around the park, then to Swan Lake. 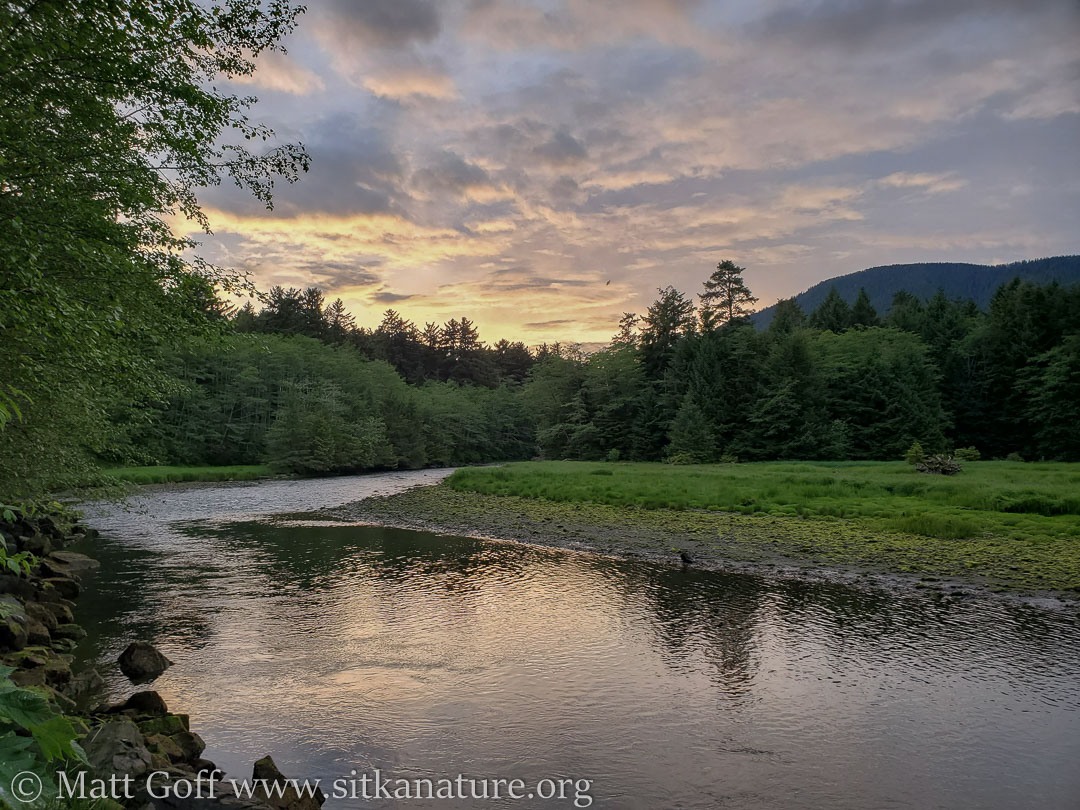 It had been a week or more since I last walked through the park, and the greenery felt much expanded since last time. I think many plants are reaching their maximum growth stage, and heading a bit into over growth (at least that’s how it feels to me) before consolidating their growth in wood (for shrubs) or beginning to die back (herbaceous plants). They die back starts in early July in some years for some species.

One of my intentions while out was to check beach greens (Honckenya peploides) for leaf miners. While on the Chaicheis last week I had photographed a leaf mine, but neglected to get pictures of both upper and lower surfaces. It took me a bit to find mines like the one I had previously documented, but along the way I found a couple of other types (it’s as yet unclear to me whether they represent different species). 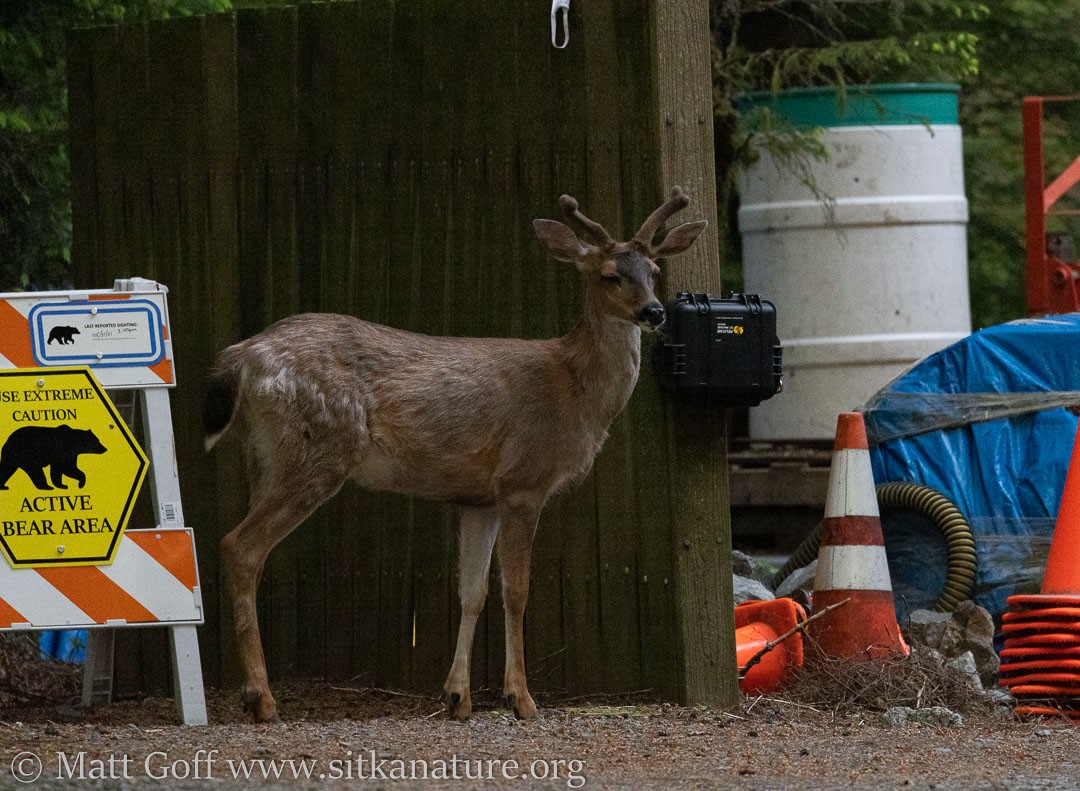 As I was leaving the park, I spotted a deer near the maintenance area, a buck that looked like it might be developing forked horns. 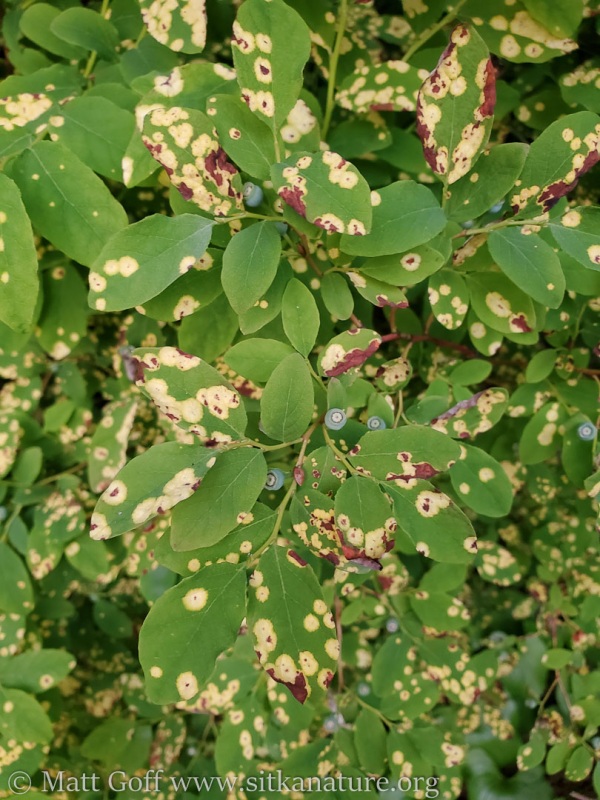 There’s a yellow spot thing that happens to many of the blueberries in some areas around here. One behind Hames gym was the most affected one I remember seeing. I don’t know what might be causing the issue, but presumably a fungus or some other disease. 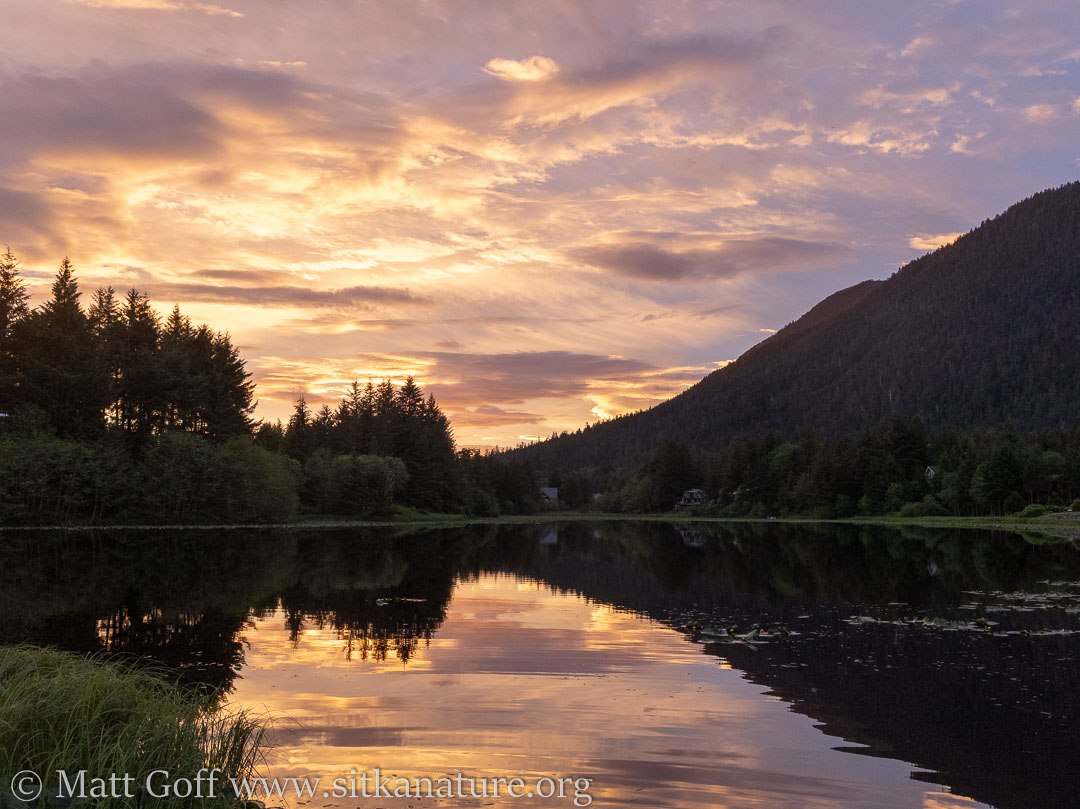 The sky promising a colorful sunset and yesterday even a Great Horned Owl was seen along the Baranof Street connector to the Cross Trail. I decided to head to Swan Lake for the sunset and then check for the owl on my way back.

Several Tree Swallows and two Barn Swallows were perched on wires along Lake Street when I arrived. I visited for a bit with FS trailcrew leader LD while the colors of sunset intensified.

No luck with the owl along the trail.

Noseeums were out for the first time I noticed this year. First down at the park, then more intensly at the lake. 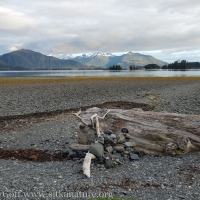 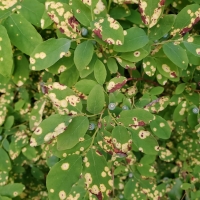 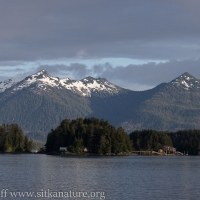 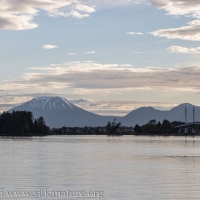 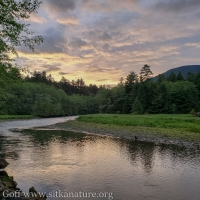 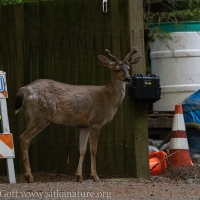 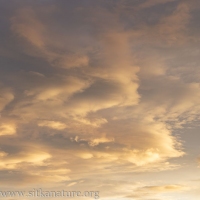 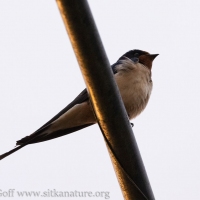 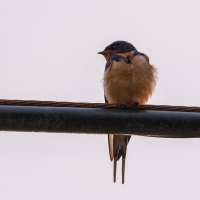 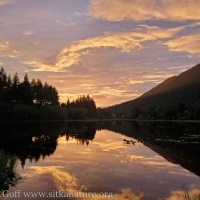 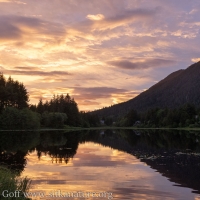 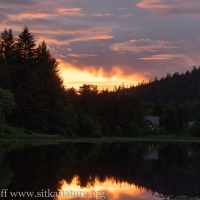