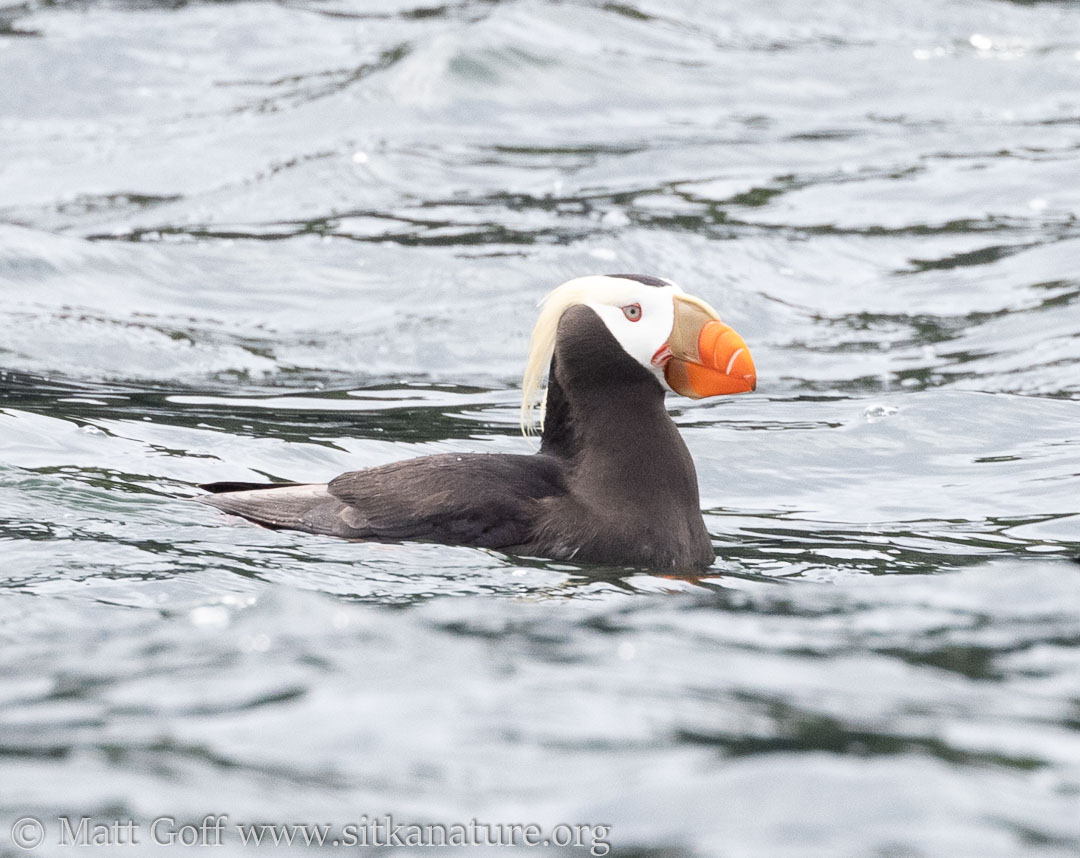 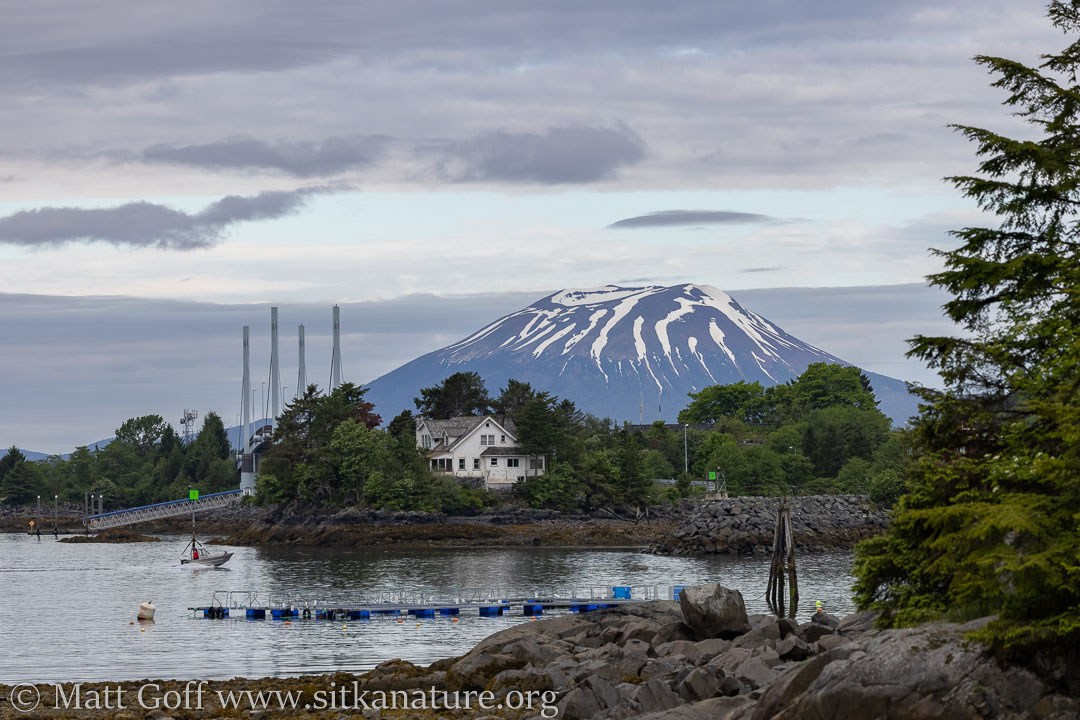 Mostly cloudy through most of the day, especially over town.

I walked to the lake, then along the seawalk to the park before my calls this morning. I just checked the building for moths without going through the park, though.

As it turned out, my first call was cancelled, but I was back home by shortly after 8am and had some time before my next call.

Skies cleared a bit around 9am, and I was inspired by the sun to head out again. 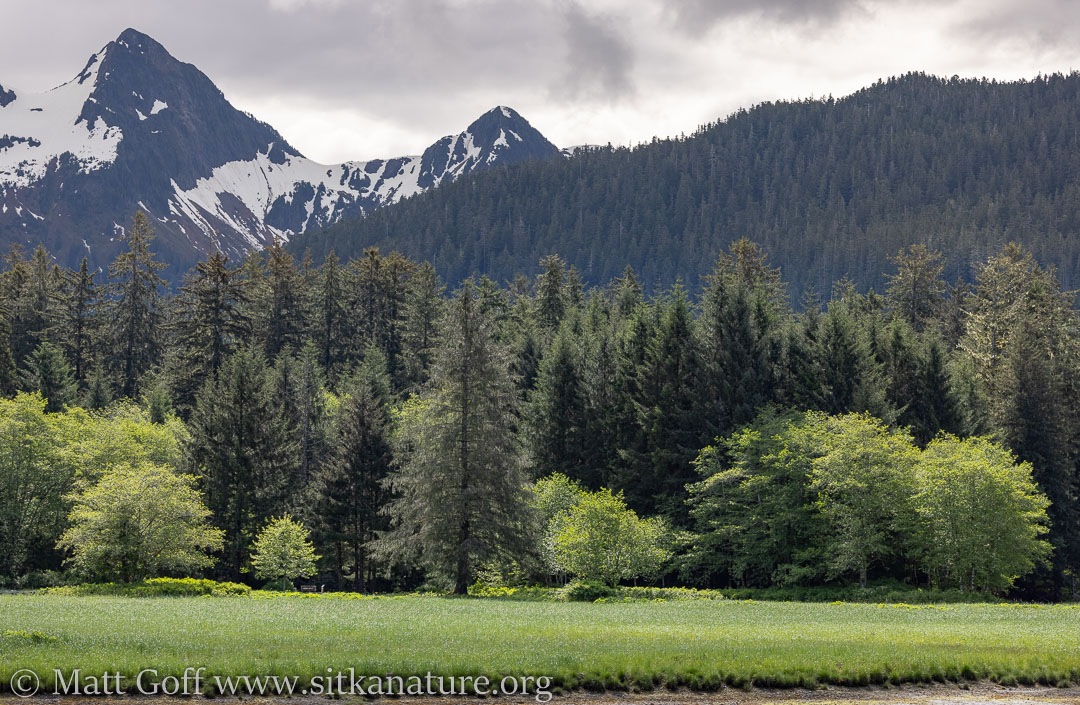 I spent the second call out at Starrigavan, initially sitting on the bank by the road sloping down to the estuary, then after the clouds reformed (and someone else came over and sat down nearby), I went over to the bayside.

I got a call from PN inviting me to go for an outing on the boat. He was filling in to take someone out for one his co-owners. 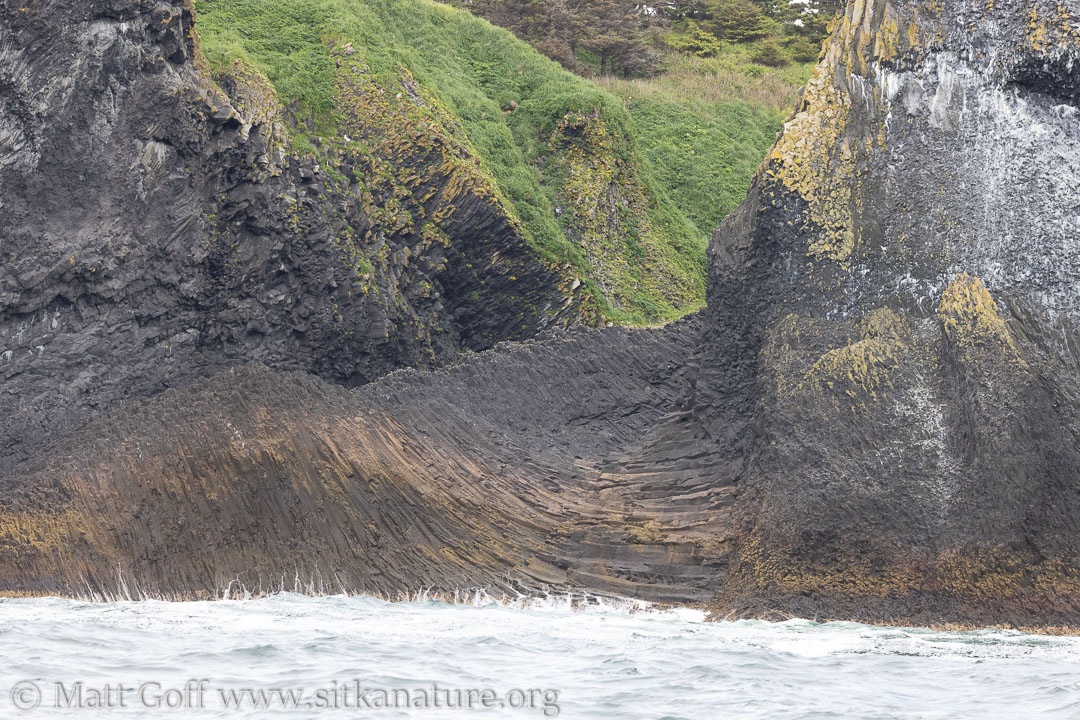 We ended up going out and around St. Lazaria before heading back to near Fred’s Creek where they did some fishing.

There was a pretty good swell coming in, but not too much wind chop. 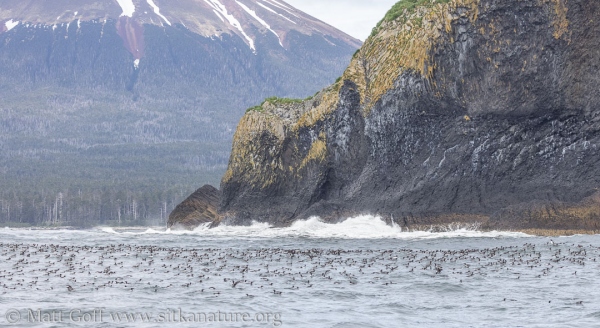 As a result of the swell, it was a bit sloshy around Lazaria. It wasn’t too bad, but did make it difficult to get photos.

I was a little surprised at how fast they were able to catch rock fish. I ended up getting a couple of new-to-me species from their efforts.

When we first stopped for fishing, several Harbor Porpoises surfaced nearby. I was going to try and get a photo, but before I could, Paul had already caught his first rockfish. I decided to take a picture of it (not realizing it would be the first of several), and by the time I was done, the porpoises had apparently moved on.

No Ancient Murrelets, but I did see Tufted Puffins (#135) near St. Lazaria. It was also interesting to see a Rhinoceros Auklet standing on a drifting log with a gull. There was quite a group of Pelagic Cormorants between Vitskari and St. Lazaria as well, though I didn’t see many by Lazaria itself. 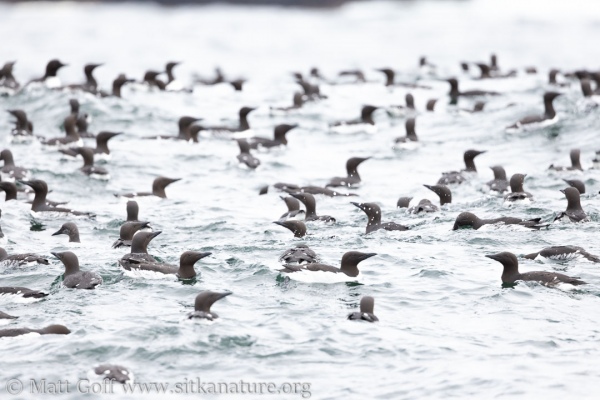 There were no murres in the cave, and as far as I could tell, none on the cliffs. Perhaps it’s still a little early for them to be up there. There was a large raft of them on the water however. It was many hundreds, probably well over 1000, but difficult to photograph well or count in the swell.

In the small boat with the waves, I found the 500mm lens was much easier to use than the 800mm, but even so, it was not easy to keep things in view with the rocking and rolling we were doing. 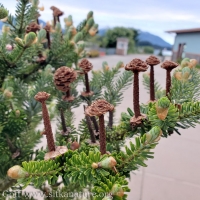 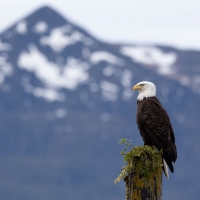 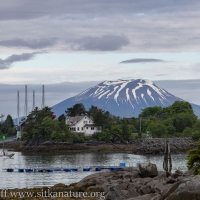 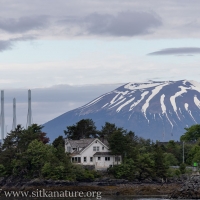 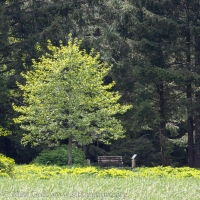 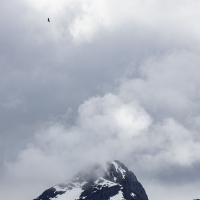 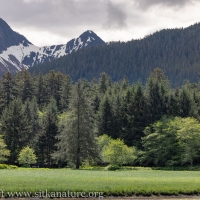 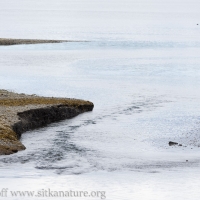 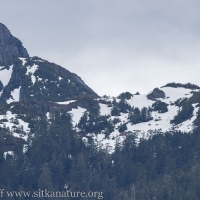 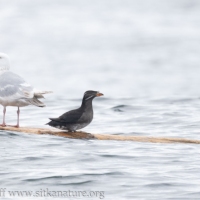 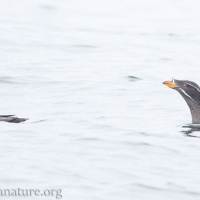 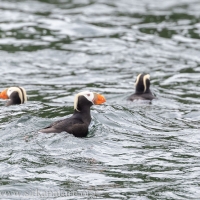 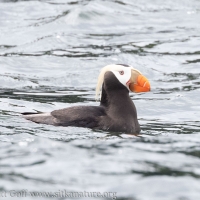 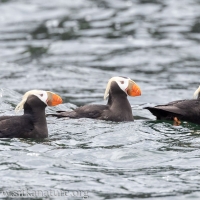 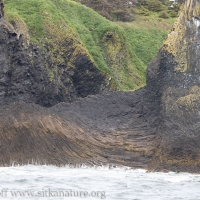 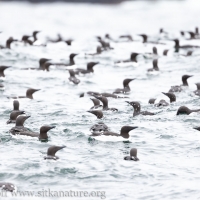 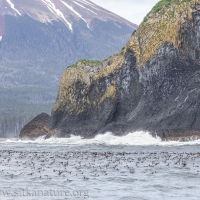 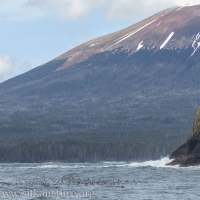 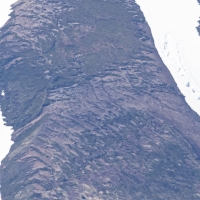 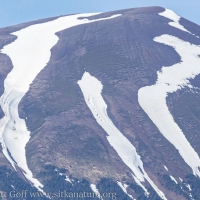