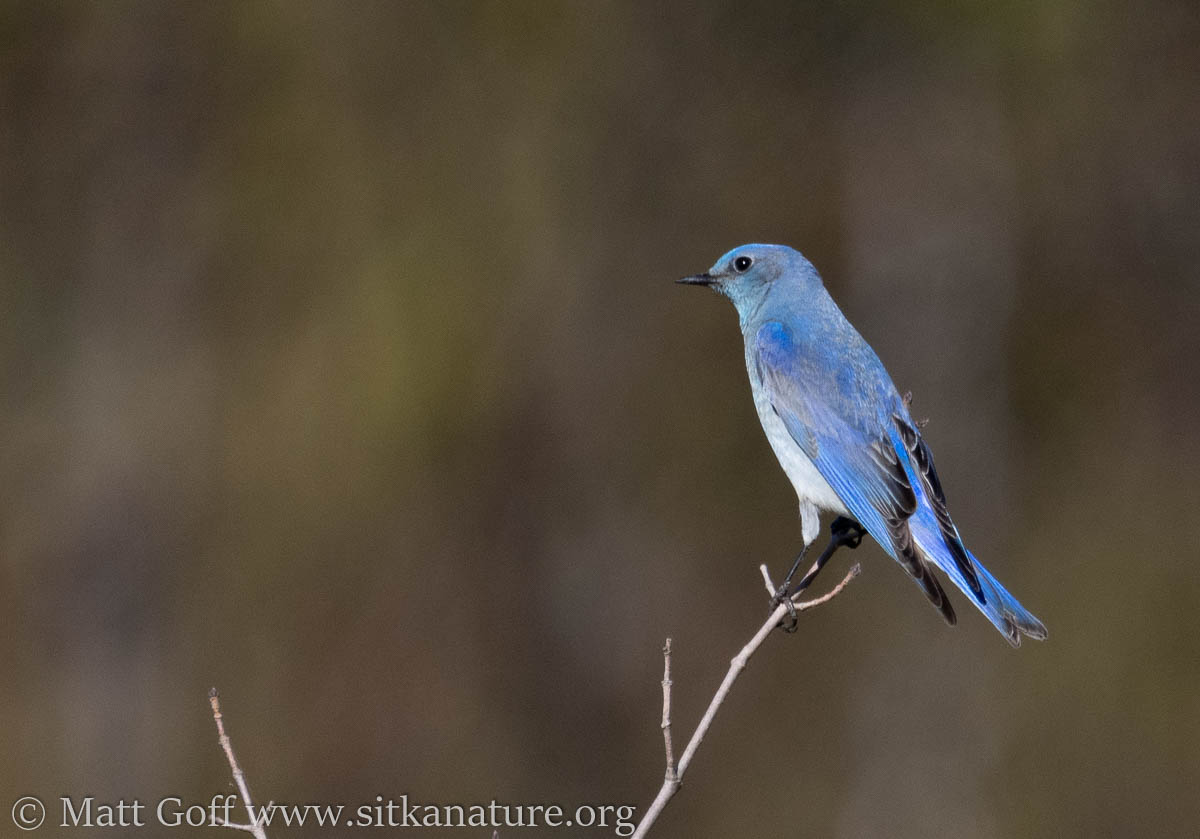 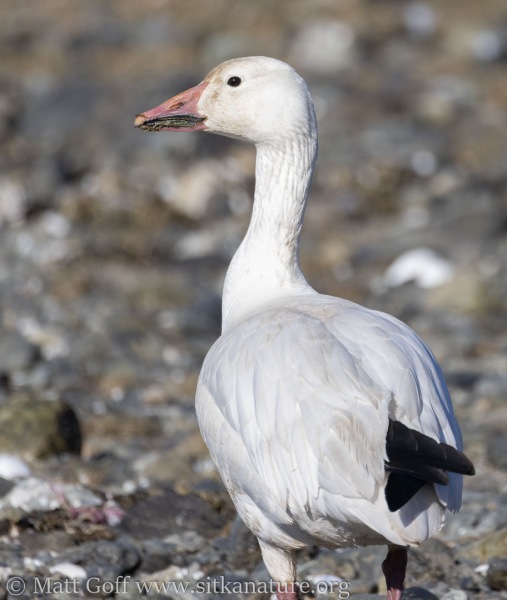 Clear skies with a light frost this morning, followed by temperatures up to near 60F. A bit breezy during the middle part o the day, but calm this morning and evening.

I took a walk around the park with hopes of seeing the Hooded Merganser that had been reported yesterday evening. There were plenty of ducks, though they were not especially close to shore. I was seated at the edge of the forest (the tide was near its not very high maximum). A dog not on leash went out to the water, and even waded in a bit (I saw the associated humans walking along the beach not long after). It seemed interested in the ducks. Of course they were not interested in having the dog around. They didn’t fly away, but they went further out, and that was the end of much hope for relatively easy viewing.

I did spend a fair amount of time looking, but between the distance and the less than great lighting, it was a little hard to tell what all was out there. I did not see anything that looked like a Hooded Merganser, however. 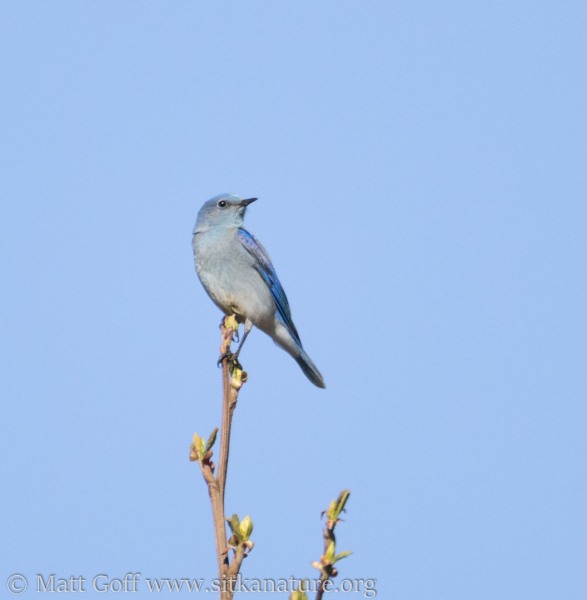 From there I decided to go to the golf course to see if the Townsend’s Solitaire might still be about. Walking along the trail that’s beside the driving range, I was surprised to see a Mountain Bluebird in the small trees by the fairway. It seemed a little wary of me and flew to the alders along the edge of the course.

I watched it there, and at one point it flew back towards the small trees, and took evasive action when a golf ball came down near where it was flying. It flew up towards the pond end of the course.

I lost track of it a bit and moved on towards the pond. A few minutes later I noticed it was back at the small trees. I returned to that area to watch and maybe try to get better photos. It perched in places where branches blocked my view.

I noticed other golfers were coming through, so I backed off to try and stay out of the way. I learned that not everyone hits a ball very straight, and it turned out the balls were much closer to me than I thought was best. I became motivated to figure out the flow of the golfers so I could better anticipate where and when I should avoid.

The bluebird didn’t seem very tolerant of having people come by, and ultimately flew up beyond the north end of the course. (Other birders had been at the golf course not too long before I was, and are likely to have noticed the bluebird had it been there at the time. There’s a possibility it was only there for a short time.) 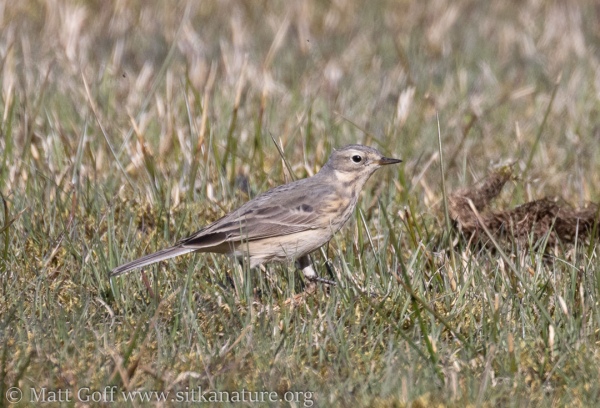 When I wasn’t watching the bluebird, I was trying to get a count of the American Pipits that were on the course. I counted at least 35 on the ground at one point, but I suspect there were more.

I had only intended my trip to the golf course to be brief, but ended up staying for an hour.

I had intended to go by old airport road, where a couple of warblers I’ve not yet seen this year were reported this morning. I didn’t make it out there until early afternoon, and it seemed pretty quiet then. 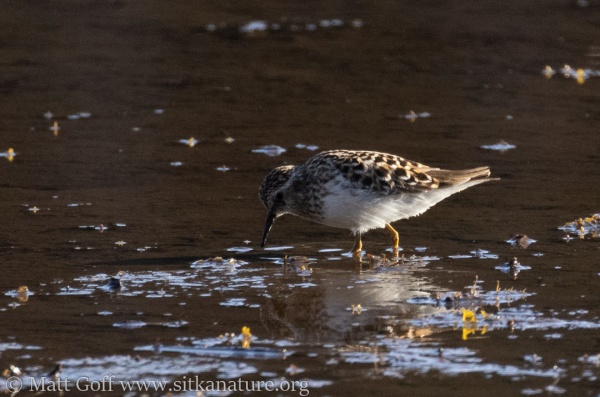 This evening I went out to Starrigavan. Waterbird-wise, it’s much quieter than Totem Park. There were just a few Mallards and Common Mergansers. I did see at least a dozen pipits, two Greater Yellowlegs and four Least Sandpipers (#108).

A good-sized alder was cut down near the viewing shelter (presumably to help open up the view). I made a quick (under)count of the rings, and got to 50. I think it’s a few years older than that. 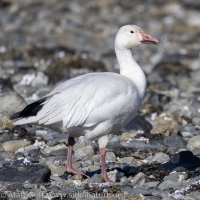 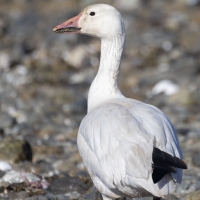 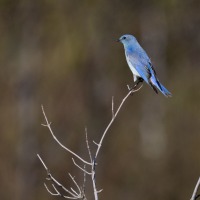 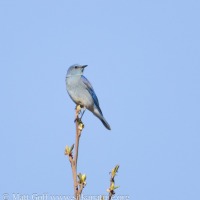 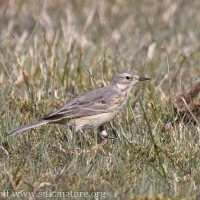 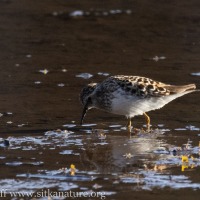