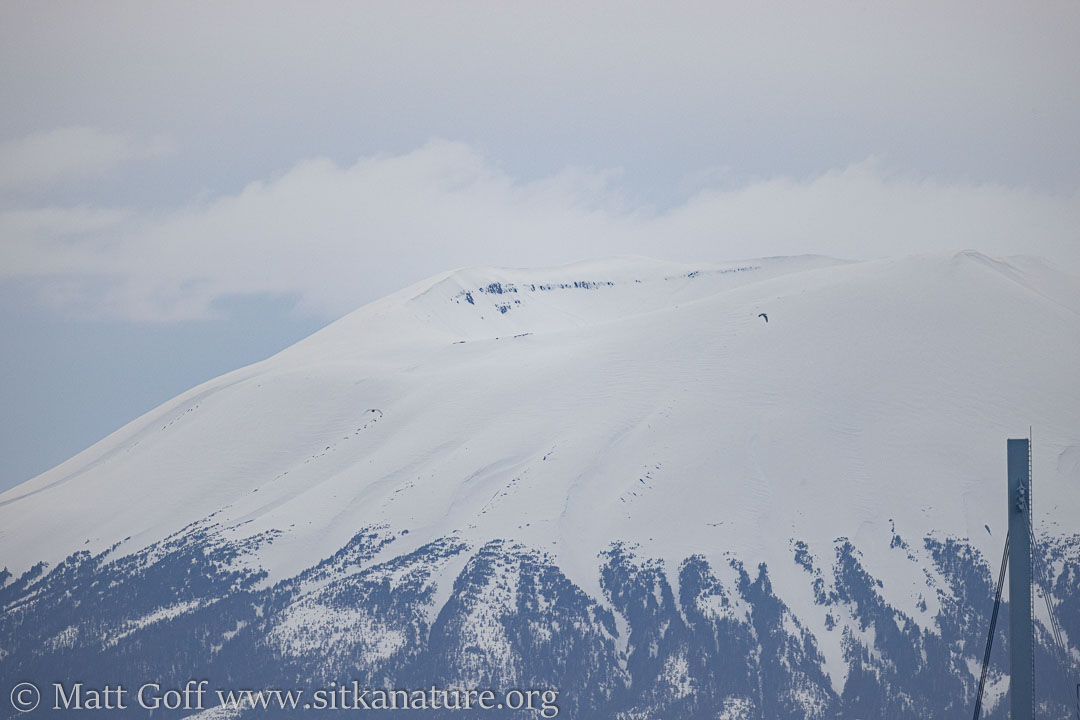 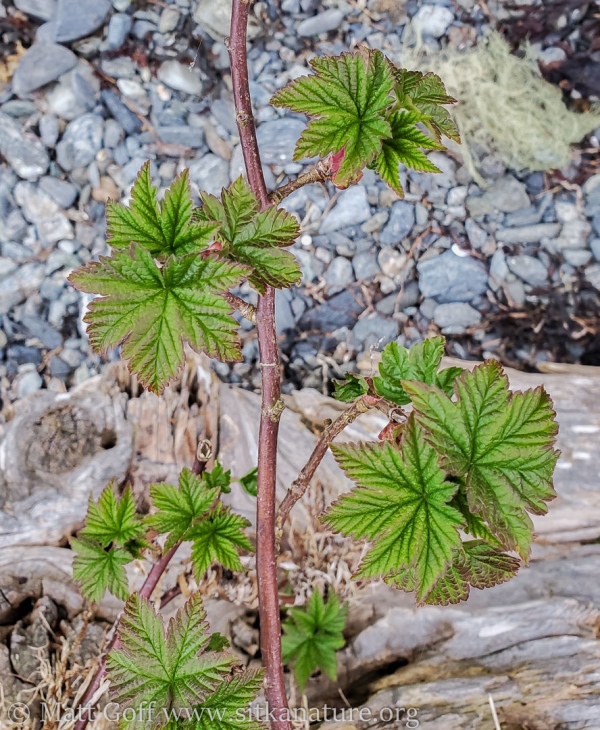 The day started sunny and relatively warm before clouds moved over through the afternoon. Light breeze (morning evening)

Yesterday’s high of 67F broke the record for the date (previously 60F in 1978). After tying the record for latest first 50F degree day, this year is now in third place for the earliest day with a temperature above 65F. In 2019, there was a high of 67 on March 19th (far and away the earliest – though I didn’t take any pictures that day and don’t have any specific memories of it). Second place was a 68 degree day on April 17th, 1999. Poking around in the data a bit, I noticed some things I thought were interesting, so I might right up a separate post about some of this weather trivia.

The clouds that moved over through the afternoon never quite filled the sky. Even well into the evening I could see clear skies to the east beyond the ountains.

I had a call this morning that I decided to be on from Swan Lake. I spent a couple of hours watching there while on the call.

There were four swans, and one or two of them looked slightly smaller. I’m not sure if a fourth joined the three that have been there (assuming they’ve even been the same three), or if one or more of the three left and were replaced by additional birds.

I was hoping to see a Cliff Swallow reported yesterday. The swallows were staying high up, and only occasionally coming by the lake. I might have seen the Cliff Swallow once, but not enough of a look for me to call it. Mostly I was seeing tree swallows. 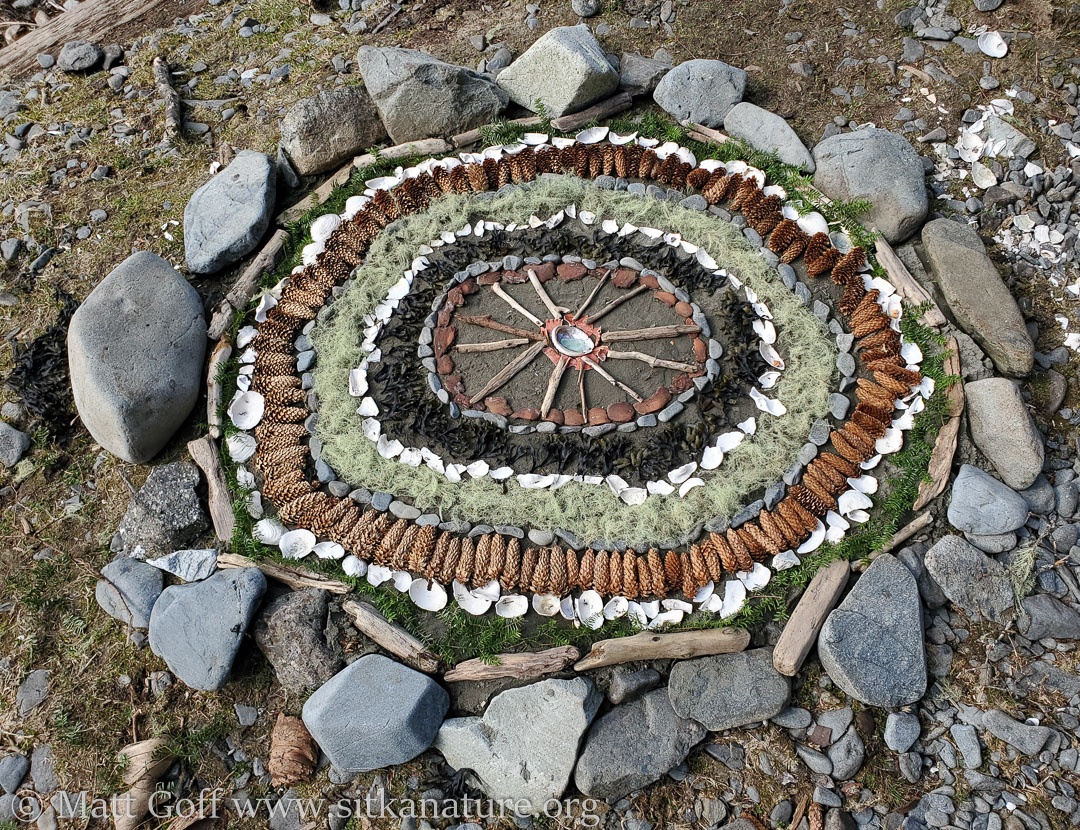 On a drive this afternoon, I stopped by Halibut Point Rec and the golf course. Someone was already out taking pictures of the birds on the beach at the rec, so I just took a quick look before leaving. I also snapped a photo of one of the more elaborate examples of whimsy I’ve seen so far.

The golf course seemed quiet, so I moved on after a short walk around the lower level.

This evening I decided to head out once more. I stopped by Swan Lake hoping to get better pictures of the swans. This time there were only three, and two were sleeping. I did take some pictures, but haven’t had the time to really try and figure out which ones match of with which from this morning’s photos

Despite the cloudy skies and cooler temperatures, several kids were still out on the pier, possibly jumping in the water from time to time. 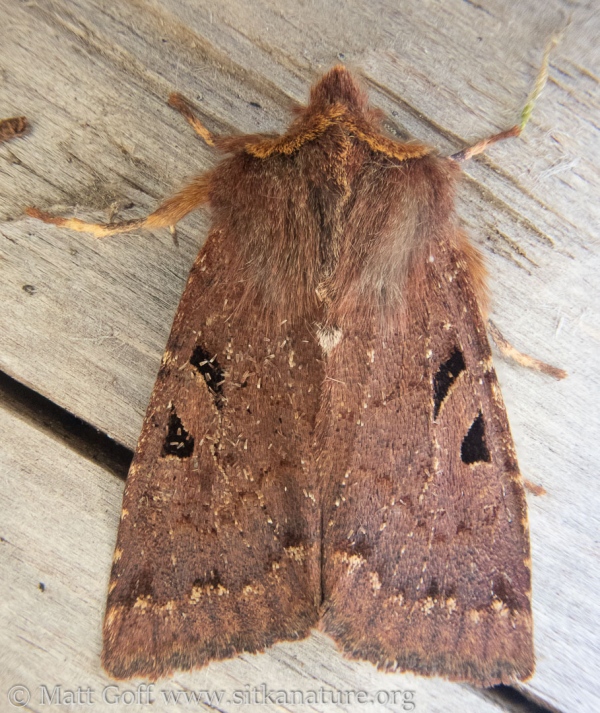 I checked out the park, and found three new for the year moth species (possibly one of which is completely new for me – it didn’t look familiar for my spring noctuids).

Ravens were again vocalizing in the forest and it was fairly quiet (machinery-wise), so I made some recordings.

The tide was up fairly high, but there was still enough beach for the gulls to be comfortable with me at the upper edge.

The five geese I saw in the estuary last evening were out at the end of the beach between the battle site bench and river mouth. They were feeding in the area above the highest tides.

As I was getting ready to leave the beach, I heard a goose honking repeatedly. Thinking the Canada and/or Cackling Geese might have taken off, I stepped back out to take a look. What I saw was a Snow Goose. 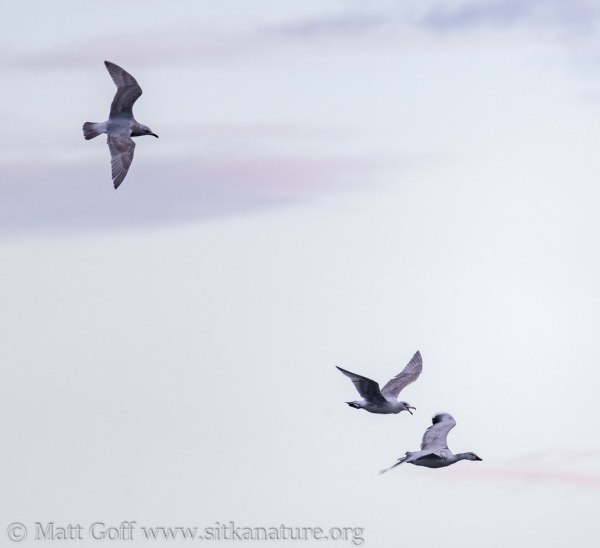 It went to land in among the gulls, but they seemed to disapprove and it took off again with a gull or two in pursuit. This happened at least a couple of times with some of the gulls flushing at least once.

I’ve never seen gulls going after a goose before, so that seemed a little odd.

The honking continued as the goose flew circles (partially out of my view behind the trees), and soon I saw a second goose flying. They tried to land on the beach with the gulls and it disturbed the gulls enough that they all flushed.

I’m not sure where they were coming from (perhaps they had been out on the beach out of my sight?) but ultimately there were four Snow Geese flying around.

They landed on the beach a couple of times, but seemed pretty nervous. By this time I had walked through on the trails back to near the battle site bench. Although the white-cheeked geese were closer to me and didn’t do much more than keep an eye on me, my presence seemed to be too much for the Snow Geese and they took off again. After flying a circle or two they came back to the beach.

This time I watched (but didn’t get any pictures) a raven come up and peck at one of the Snow Geese a couple of times which prompted them to all take off yet again.

This time they landed a bit further down the beach towards the river, and I continued on. 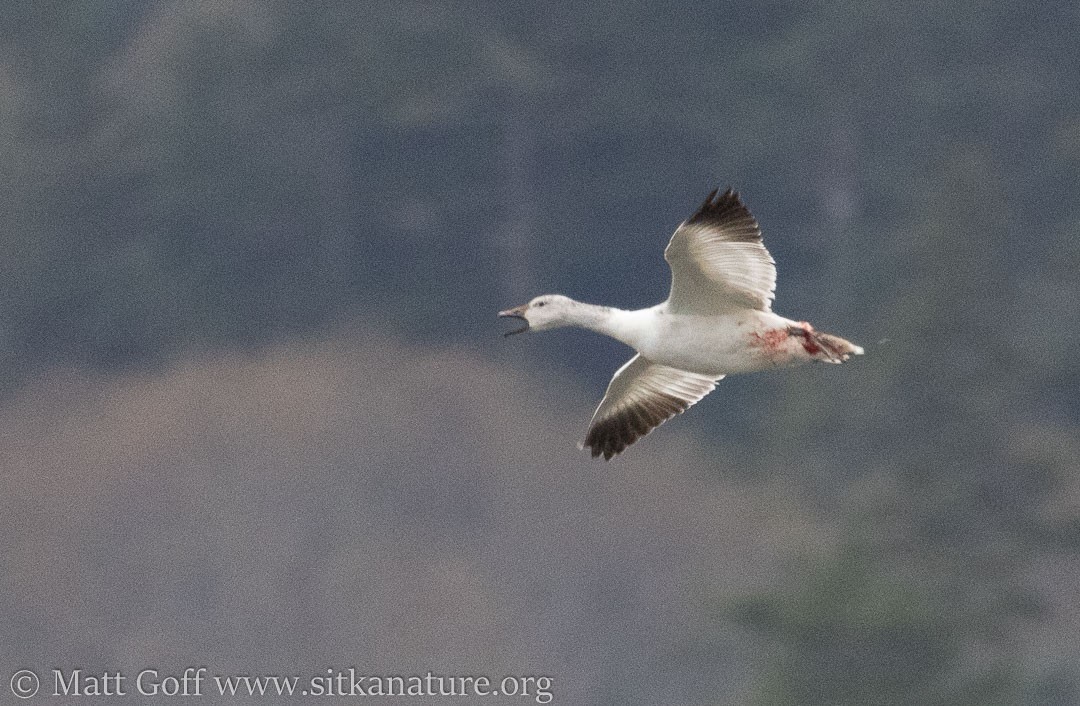 I had noticed one of the geese had a dangling foot in flight. Upon reviewing pictures at home, I saw that it was quite bloody in the earlier photos. Later, there was still some blood, but it seemed less. I suspect the bird had landed in the water at some point. This makes me curious how its leg got injured (it seems like it must have just happened), whether that’s the reason the gulls were harassing it. It’s possible it was also the bird the raven went at.

While out on the bench I saw and heard a group of peeps. Listening to recordings of the calls, I am pretty sure they were Western Sandpipers (#100).

Along the way out, I stopped to record a raven and noticed a Hermit Thrush (#101) calling towards the river. I went over to get a better listen. While walking I heard it sing once, then call a few more times before going silent. I waited a bit to try and get a better recording than what I had on the background of the raven recording, but I didn’t hear it again.

With these past few days of sun, I’ve been having trouble keeping up with photo processing and photojournal publishing. I’m trying to be consistent with at least writing each day (sometimes that’s basically limited to bullet points). I’ve already made it longer than last year by a couple of weeks when it comes to publishing. Although I have intentions of publishing some of the older entries (going back some years), I will be doing pretty well just to keep up with the current entries during this season. 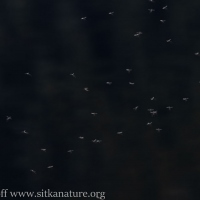 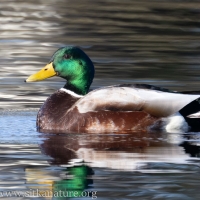 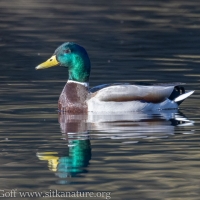 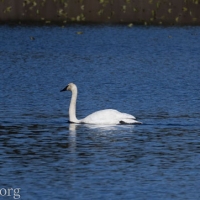 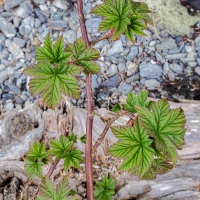 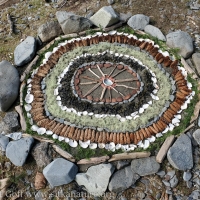 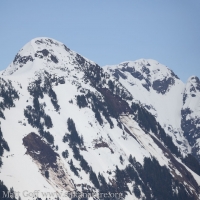 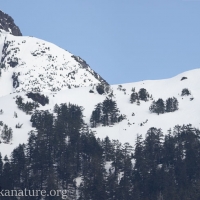 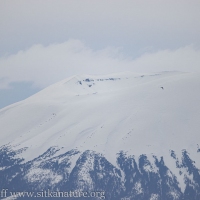 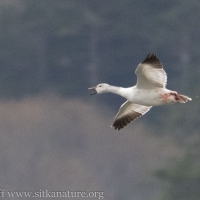 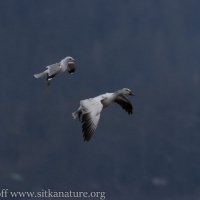 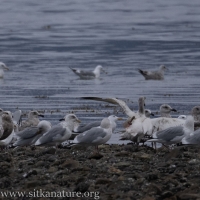 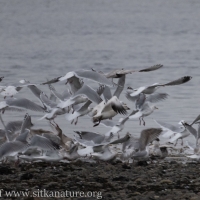 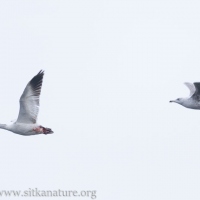 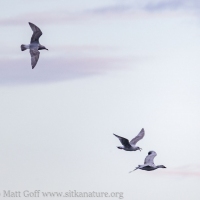 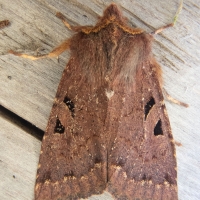