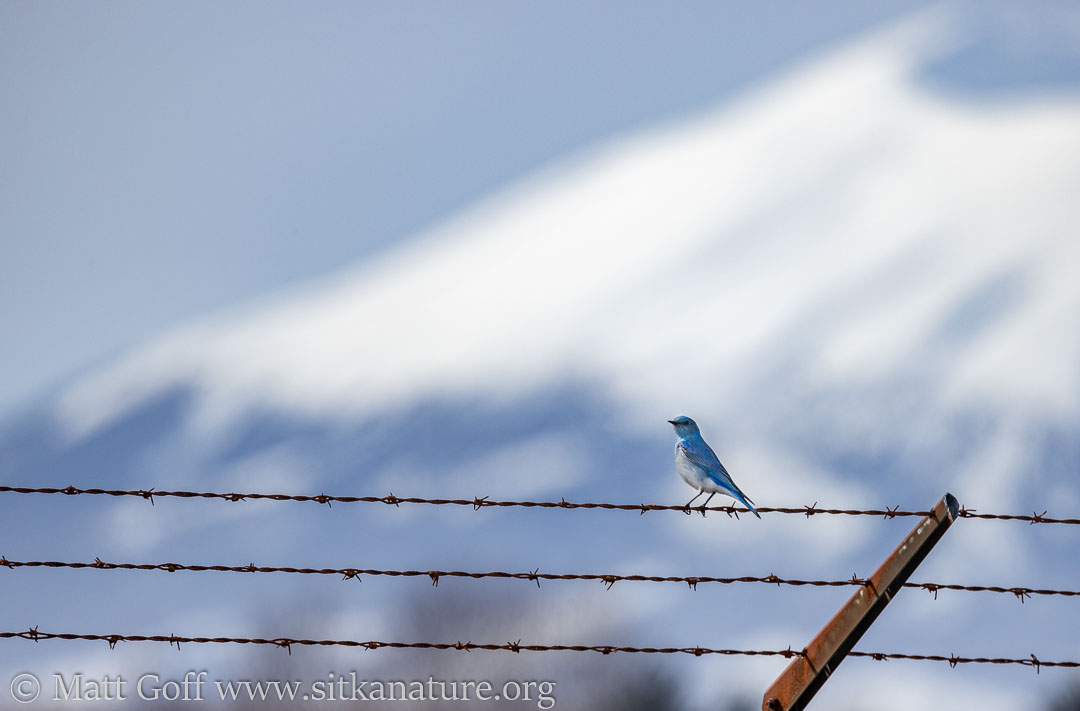 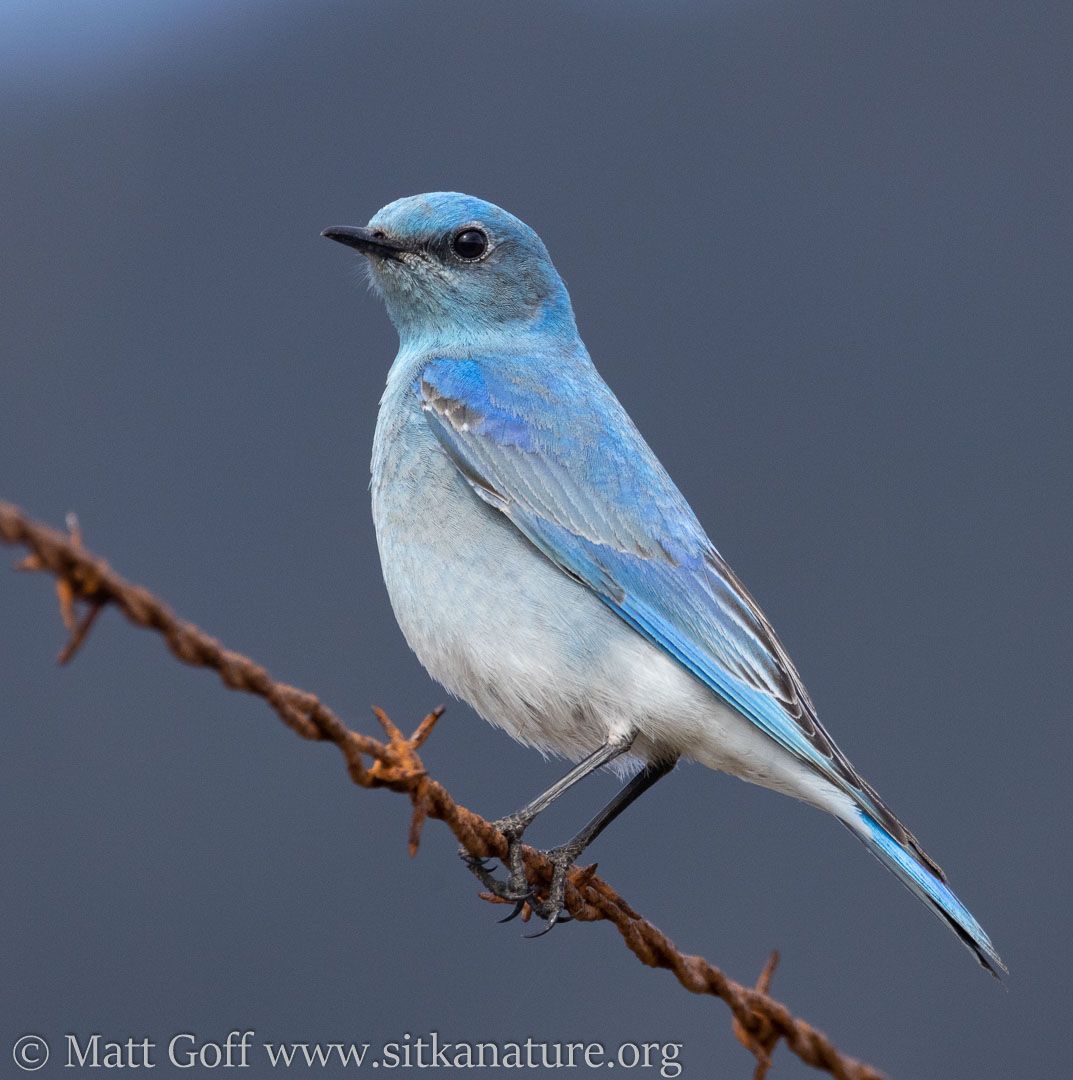 It was a sunny and warmer day following an overnight low of 36.

I thought we might a chance of not hitting 50F (and therefore breaking the record for latest first 50F of the year), but sometime between 5pm and 7pm, it must have just touched 50F, though the hourly readings never topped 49F.

I had calls this morning, but decided to head out for a walk and be on the calls while out.

There was a bit of frost remaining on boardwalk along breakwater.

The tide was out and birds were flighty. It seemed like the ravens were not quite as vocal as they have been.

I was going to check out ducks (trying to avoid the soft spots in cell coverage I discovered in places out on the flats), but they all took off.

I noticed an eagle flying in with serious intent. It went down to a pool below a bit of a rise where I couldn’t quite see (though a bunch of ducks had flown out moments before).

I moved so I could see the pool and realized the eagle was going after a Mallard. Although it didn’t look obviously injured to me, I think something must have been wrong with the Mallard. If it could have flown, I’m sure it would have taken off with all the other ducks, or even after the eagle arrived. I kind of wonder how the eagle knew this duck was vulnerable. 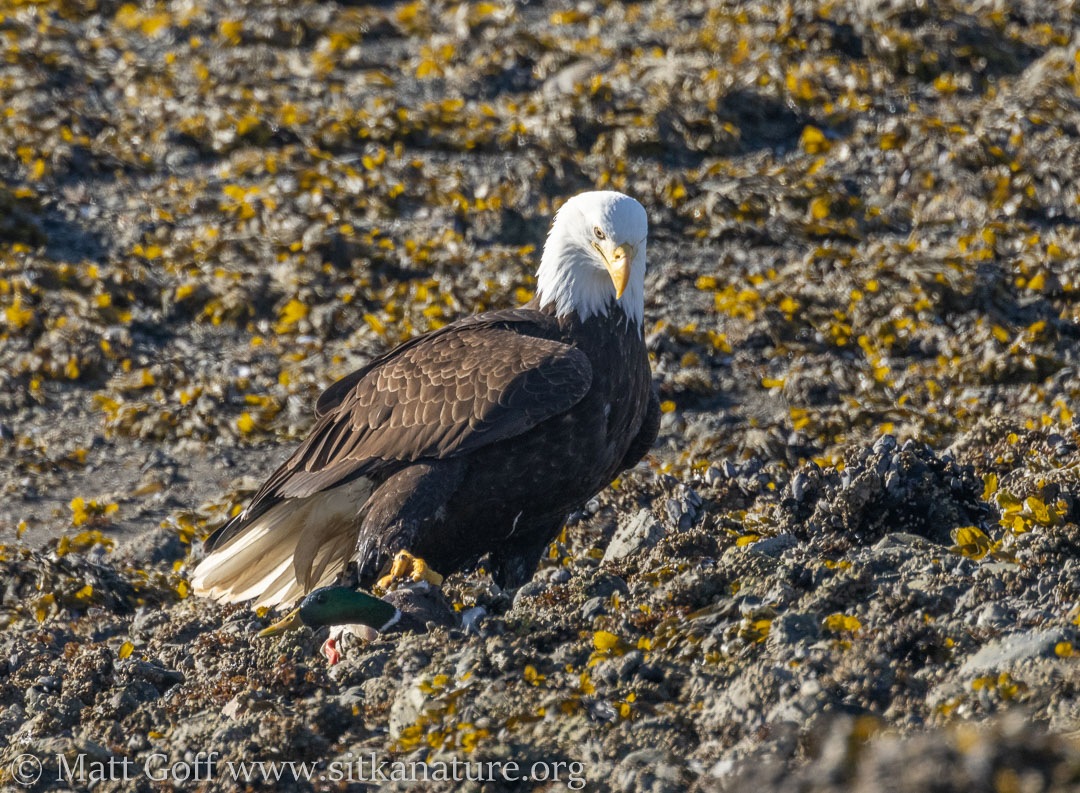 The eagle managed to grab it after multiple attempts and had it up on the beach. I think the eagle may have been somewhat distracted by my attention and when it tried to adjust its hold, the duck got away and scooted back to the pool. 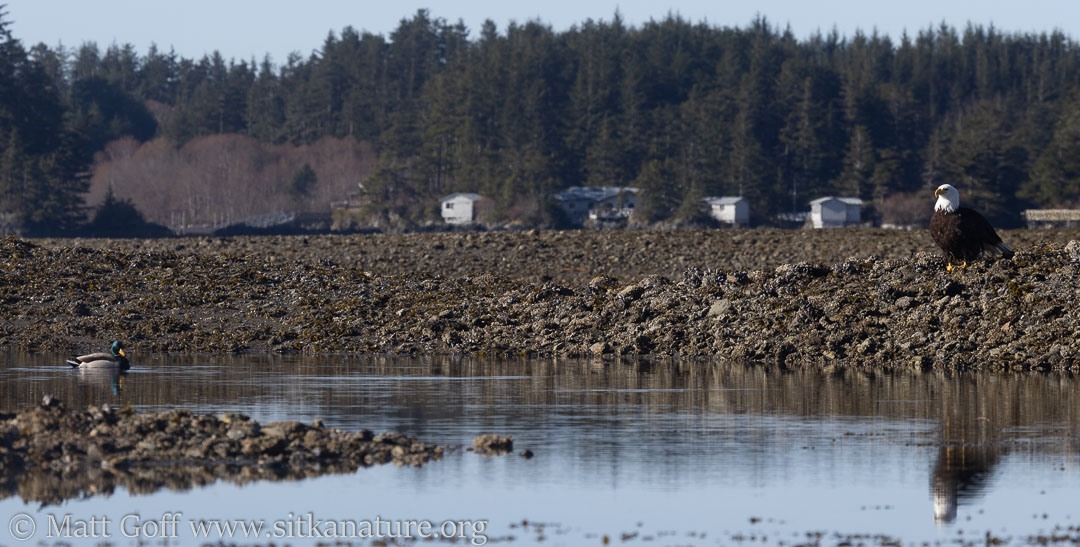 I shifted around for a better angle relative to the sun. The duck swam on the pool, while the eagle watched from not far away. I think the eagle wasn’t comfortable with my continuing presence and attention, and eventually it flew off. 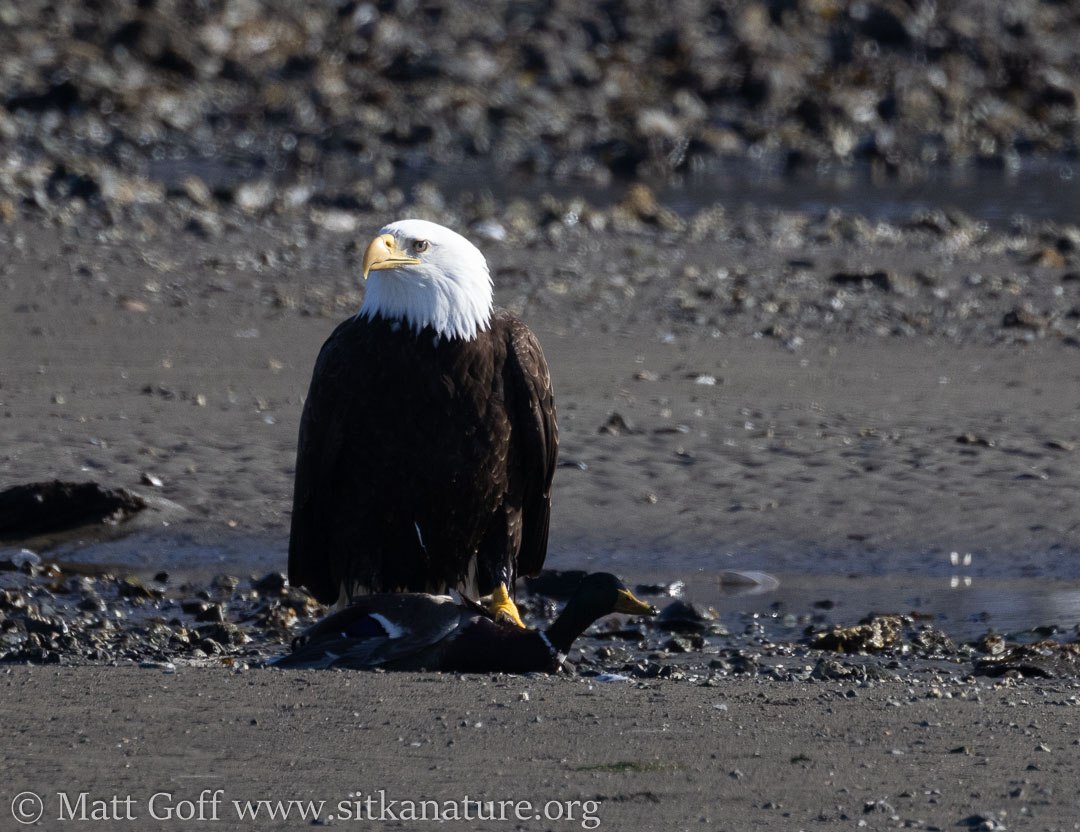 I moved down the beach a bit, but not long after I noticed an (the?) eagle going after the duck again. This time when it grabbed it, it flew over to a sand bar across the river mouth. It appeared to start tearing into it, though perhaps was just pulling feathers. A couple of other eagles came over, and disturbed the one with the duck. With the eagle distracted, the apparently still alive duck started doing the duck equivalent of a crawl towards the water. It didn’t make it too far before the eagle was back and continued the business of making a meal of the duck.

Since I was on a call, I wasn’t able to pay as close attention as I might have liked, but it was still intense. It was interesting that the duck seemed somewhat resigned to its fate at some level, but also continued to try to get away, even as it had little hope.

At some point during all of this (or shortly after), I spotted a couple of deer across the way walking along back beach. 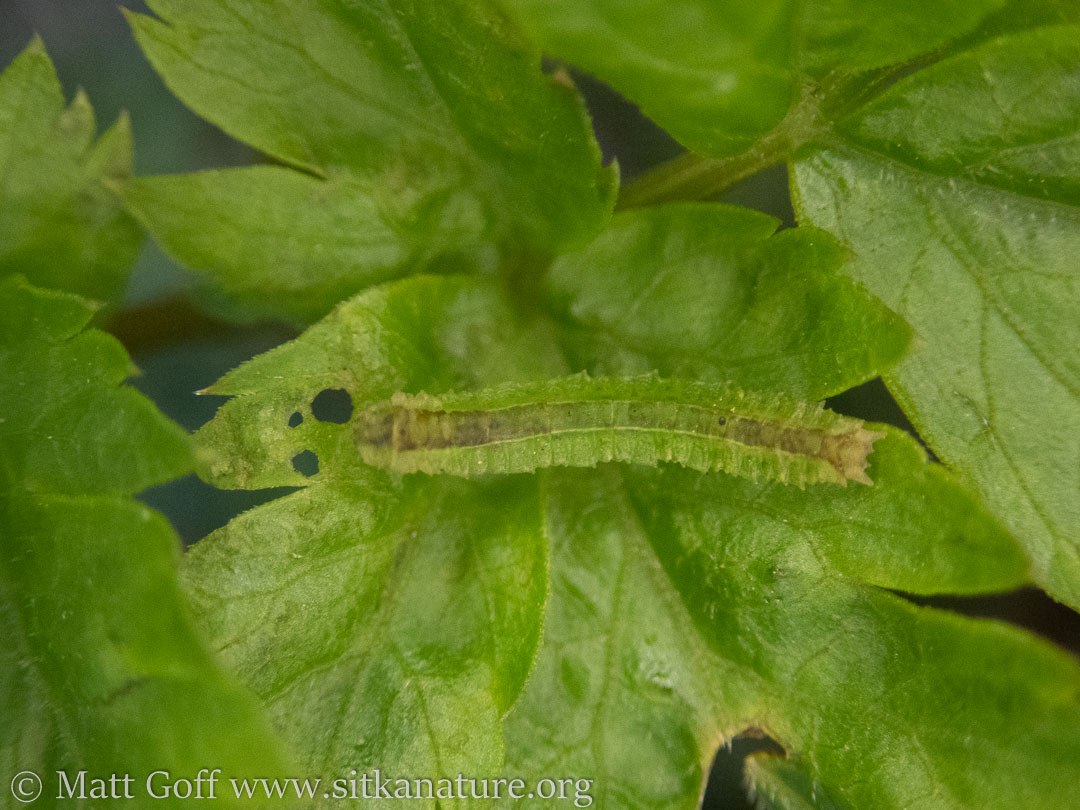 Walking back through the park, I checked the Osmorhiza and found it up more than I expected. Considering the cold and snow up until the past couple of days, I thought it would barely have emerged. There were still no flowers, but I did find the cranefly larva Cylindrotoma distinctissima I’ve noticed in previous years. It makes me wonder how they overwinter. Eggs? Adults? Larvae?

I found my first noctuid of the year. Usually these are Orthosia but this one looks a little different, and I’m not yet sure what it is.

This afternoon I heard about a Mountain Bluebird at the airport and hurried over. The last time I saw one in the spring, it was only there for a few minutes. This one turned out to stay much longer. 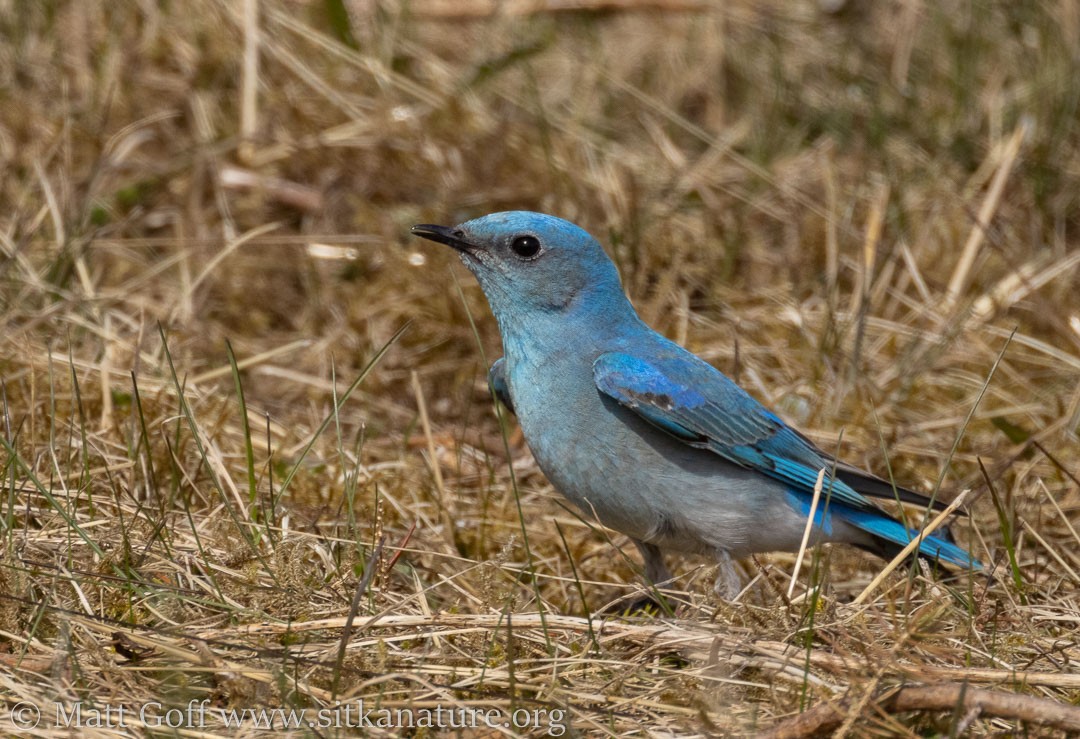 It was much brighter blue than any I’ve seen before. During an hour taking pictures I did try for some flight photos. I had little success in that, but did discover that at least sometimes it simply falls off its perch towards the ground. 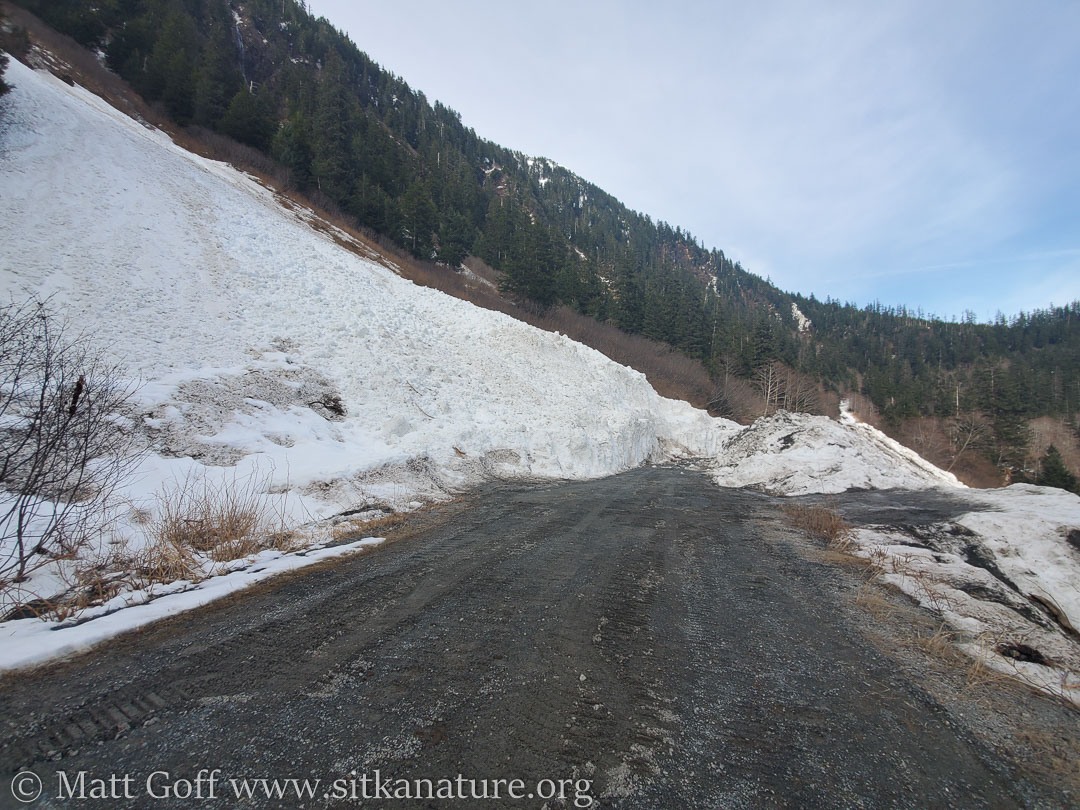 Later in the afternoon I walked up Blue Lake road to check out the avalanche. It was much larger than when I visited in March. I think it was taller than last year, but not as wide. I’m not sure what the reason for that might be. 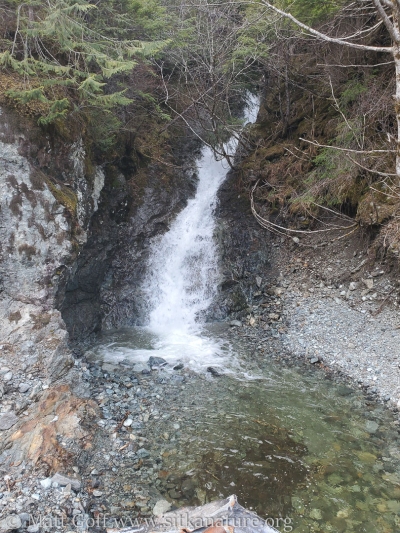 There was a lot of water coming down the mountains. Every watercourse seemed to be flowing on the high side of normal. I did not have my thermometer so couldn’t measure the water temperature, but I could feel the cool air coming off them as I walked by.

On my way back, a yearling deer was trotting up the road coming towards me. I was a little surprised when it got to within 15 feet or so before veering off to go off the side of the road. I wondered if it might have been making tracks to get away from something (perhaps a dog or a bear), but never saw anything obvious.

I was tempted to go back to the airport again this evening to get more photos of the bluebird. In the end, I decided I should spend the time processing some of the 700+ photos I took this afternoon (first review took that down to under 200).

There was nice color in the sunset this evening, but I was content to just take a look at it from the window at my house. 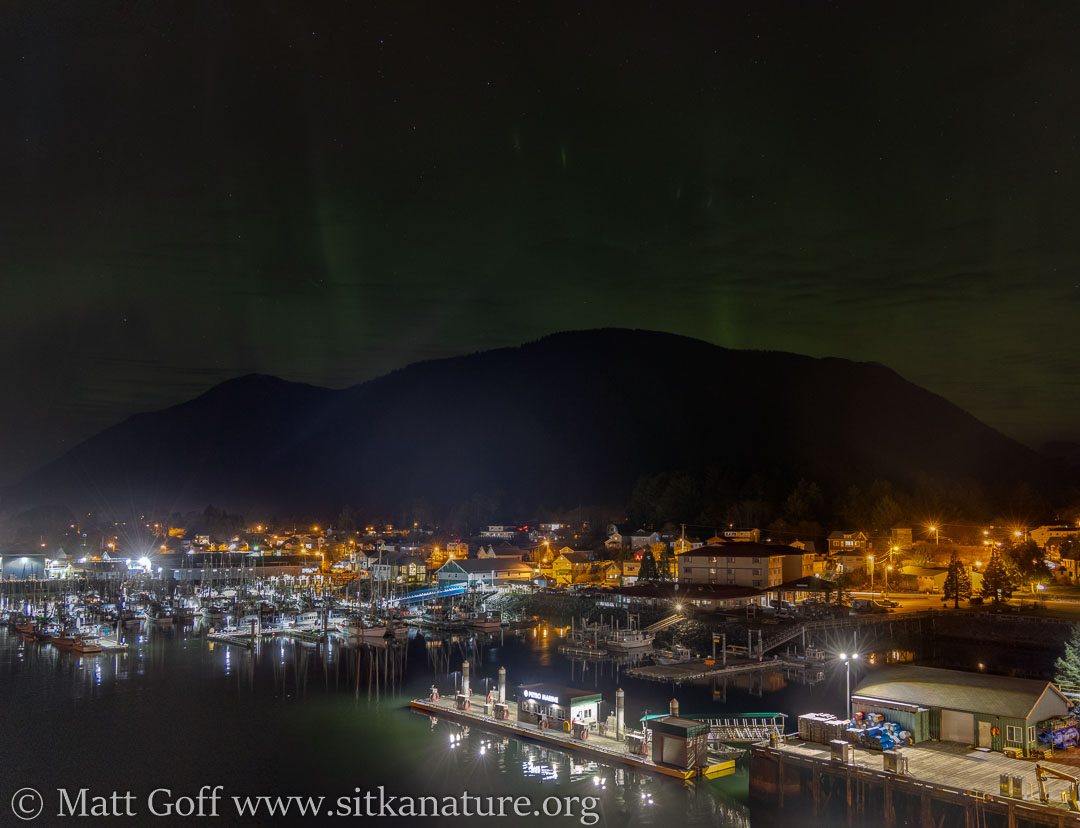 Late this evening I went out to try and get pictures of the northern lights. Unfortunately it seems I missed the brightest part of the showing. I spent a little while on the bridge just trying to figure out how best to set the camera (I’ve not done much night photography with this one so far – all the cloudy weather has made it not so conducive. When things weren’t picking up, I decided to drive out to Starrigavan. The lights were still not showing brightly and there were a bunch of cars out there. It was getting towards midnight, so I decided to call it good. 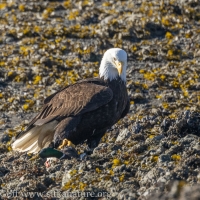 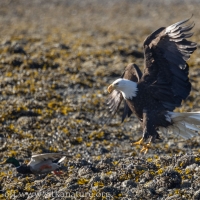 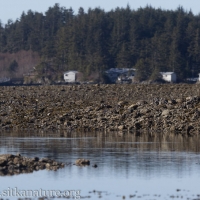 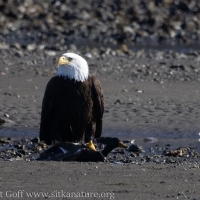 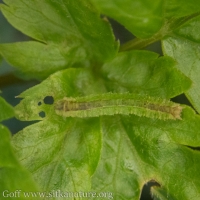 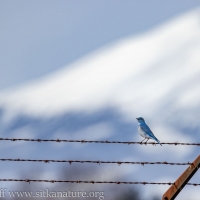 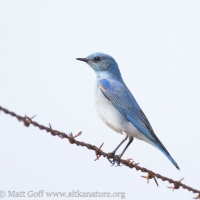 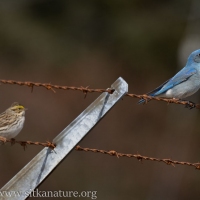 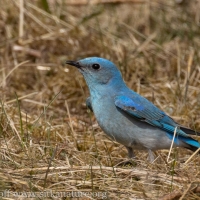 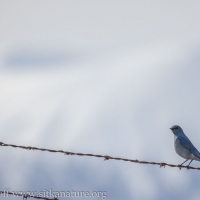 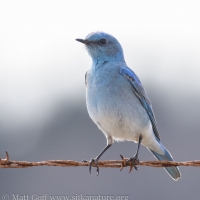 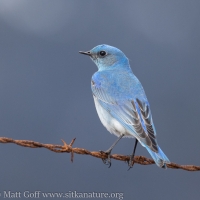 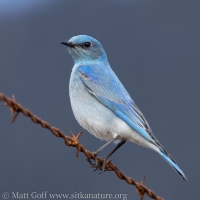 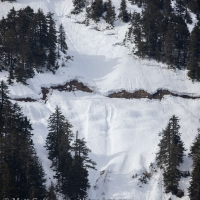 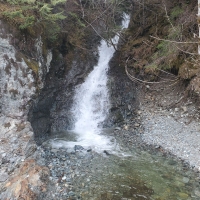 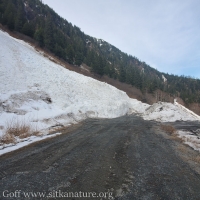 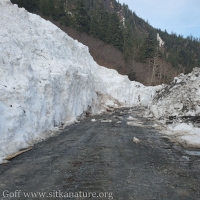 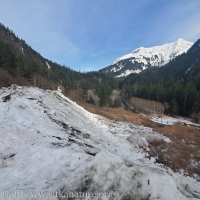 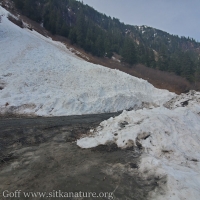 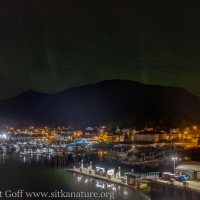 2 thoughts on “A Full Spring Day”