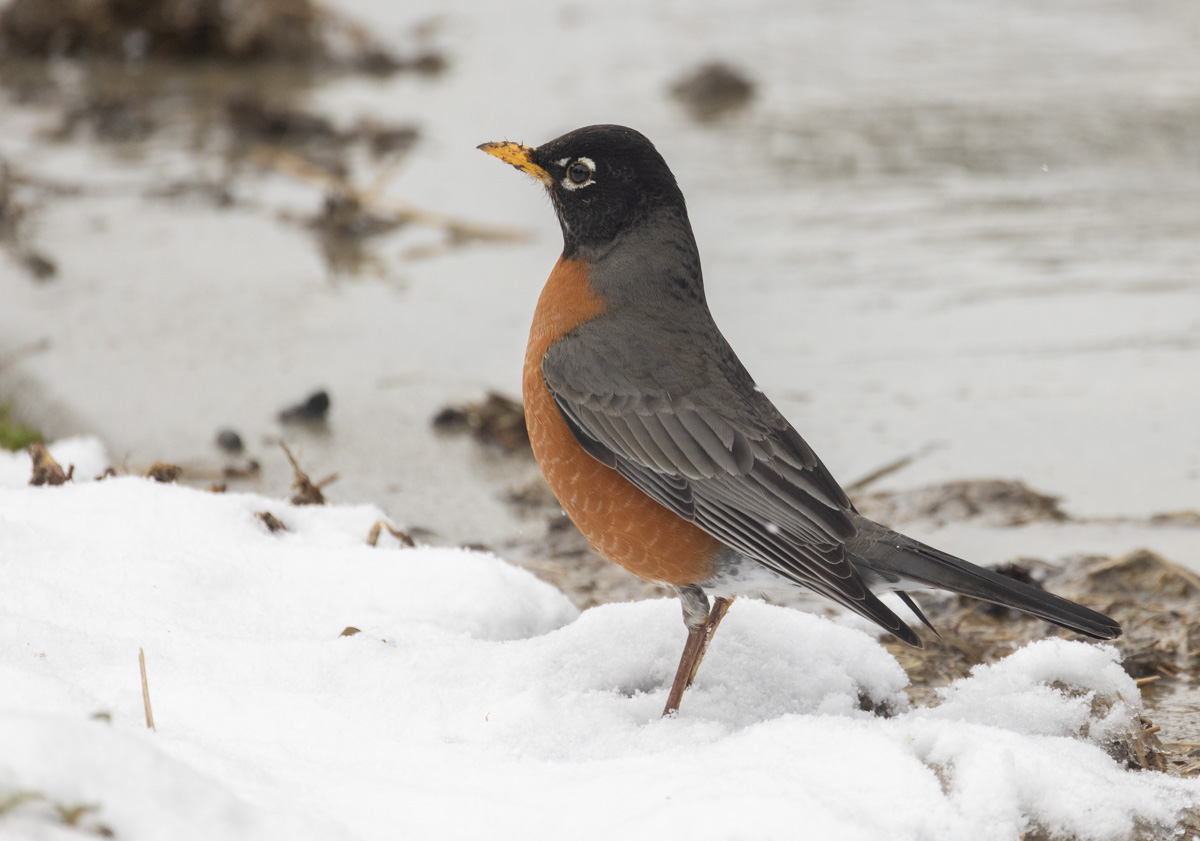 A couple of days ago, when we had yet another day of spring snow falling at sea level, I happened to think that it had been some time since the temperature had reached 50F.

The last time the temperature reached at least 50F at the airport was December 6th (a streak of 123 days without reaching 50F, currently 8th longest all time for that station).

From late November until very late January, temperatures were consistently on the warm side of normal. After a cold snap in the first half of February, late February was just slightly above normal. Since early March, temperatures have been mostly a bit below normal.

It’s not unusual to have a 50F day or two during the winter. These warm winter days are usually associated with air coming up from the south (and not infrequently accompanied by rain).

Prior to this year, only 9 years in the record did not see a 50 degree day by the beginning of April.

The most recent time the first 50 degree day occurred in April was in 2007. That year was memorable for having a lot of snow at sea level, most of which fell in late winter (I think it snowed almost every day in March, if I remember correctly). 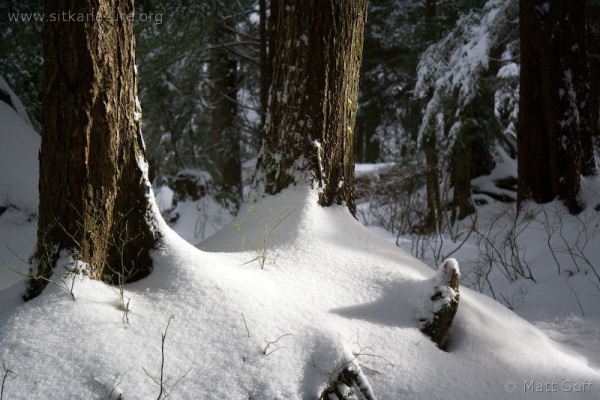 As I write this, it is April 10th, so this year is already guaranteed a top 5 finish. The forecast for the coming suggests there’s a good chance of at least tying 1951 for second place. Highs are predicted to be in the upper 30s and lower 40s through Tuesday. Wednesday (the 14th) is forecast to hit the mid-40s.

Assuming the forecast holds for that long, things get a little more interesting. The National Weather Service forecast temperatures will top out in the upper 40s on Thursday, Friday and Saturday. Weather Underground’s forecast shows highs in the lower 50s. [Update: As of Sunday morning the revised NWS forecast is showing 51F for Thursday’s high. If it holds up, the it will be good for second latest first 50F at the airport.]

It does not take long observing how forecasts pan out around here to learn that things get pretty iffy that many days out. Earlier this week, today was forecast to be partly cloudy (though chilly), but today’s reality was overcast with occasional snow showers.

Records are fun, so at this point I would be happy to see a few more cooler days in order to set a new record. After that, I certainly wouldn’t mind seeing an extended stretch of pleasantly warm temperatures in the 50s.

As I wrote this up, I realized that 50 degree days in January are interesting, but I think they’re almost always associated with south winds and rain. These don’t make me think of spring like warm sunny days do, so it might be more interesting to look into the records and see how early (or late) the first warm sunny day happens each year. I’m pretty sure I’ve experienced sunny warm February days, but it’s more typical for sun in February (and even into early March) to be associated with cold weather. Getting this information out of the weather records will take more work, so I’ll leave it for a future effort.

While the airport measurements are the current official records for Sitka and go back to 1945, from 1899-1989 weather records were kept at Geodetic Way (not far from where Sitka NE 1 has been recording data since 2005). There are 12 years with out a first 50F day (due to too much missing data), but of the years with sufficient records, the latest first 50 was April 17-18th 1911, and several others were later than April 10th.

I feel it’s worth noting that this sort of record is inherently subject to a lot of random variation, so I wouldn’t want to make any inferences about broader trends in weather or climate based on this. There really is not much difference between 49F and 50F in terms of meaningful weather/climate considerations, but it can make a huge difference in terms of a record like the first day that hits 50F. If even one of those 48F days in January this year had been just a little bit warmer, it wouldn’t have changed how chilly it’s been so far this spring, but I wouldn’t be talking about this record. As a further example of how relatively small differences can have big effects on the first day to 50F, consider 1982. At the airport, it got to 50F on February 8th (32nd latest first 50F day at that station), but only reached 48F (a record for the day) at Geodetic Way. Over seven weeks later, it finally broke 50F at Geodetic way on April 1st (13th latest first 50F day there).