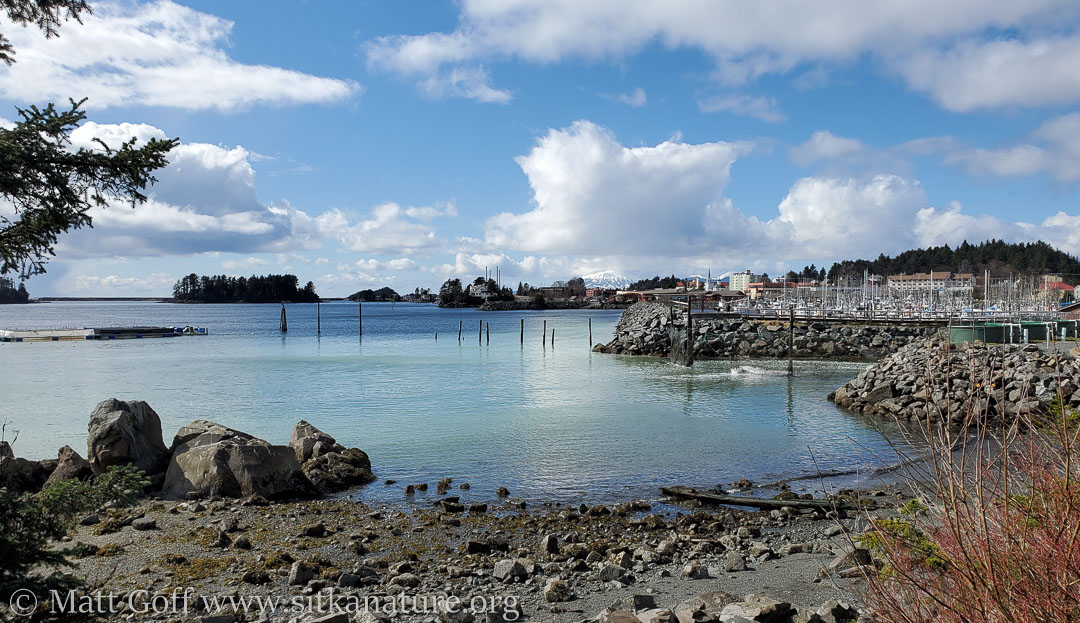 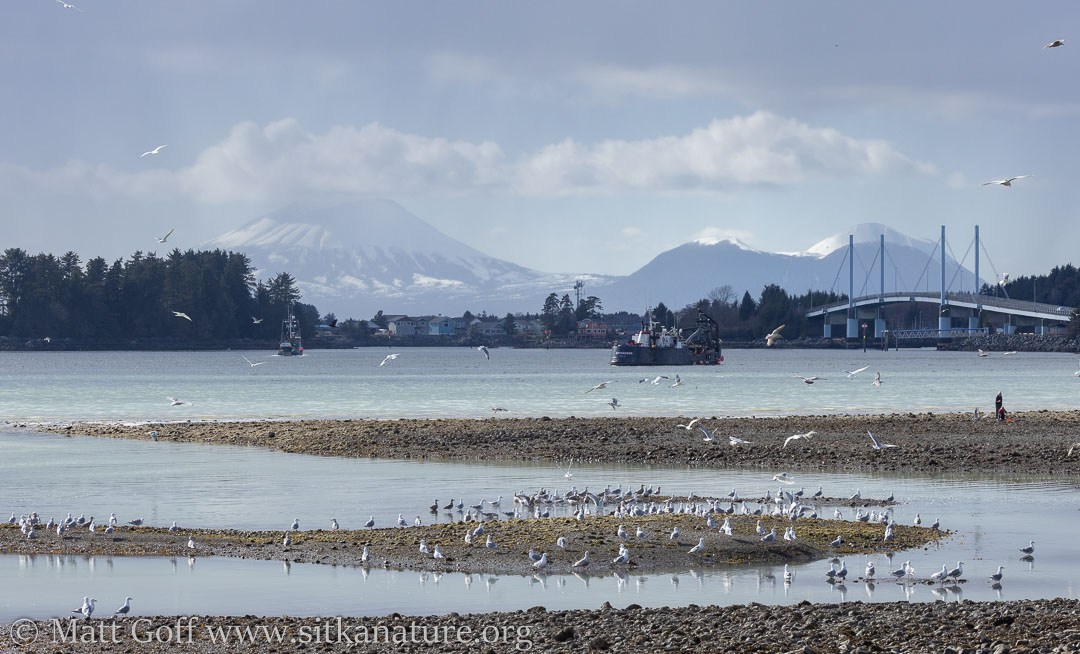 The forecast sun did arrive, though not quite as fully as I might have anticipated based on the ‘mostly sunny’ wording.

At times during the day I would have called it at least partly cloudy verging to mostly cloudy (with a bit of snow falling a couple of times), but there was certainly more sun than we’ve been seeing of late.

I spent much of the afternoon out with Rowan, mostly at the park. We did stop by the channel briefly. I wanted to see what was there and get pictures of the snow on Verstovia.

Driving across the bridge, I could see the milky green colored water off the park. It was much more extensive than yesterday.

We walked from the Science Center out to the park. The smell of herring was strong in the air. The color of the water suggested herring were spawning from the science center around to the mouth of Indian River.

Despite the herring activity, the gulls seemed a bit less into it than yesterday. There was still plenty of action, just not as much as yesterday. Perhaps many of them had their fill for the moment and were digesting what they had eaten.

We found a couple of different places sheltered from the breeze to relax and feel the warmth of the sun.

I did scan the gulls, but wasn’t feeling super ambitious about it.

I didn’t notice the Surfbird flock that had been around yesterday, but did hear oystercatchers. They may have been there yesterday, but I missed them if they were.

With the sun shining, the flies at the upper part of the beach seemed especially active (and not especially cooperative for photos).

I’ve been checking all the new buoy photos each day to see if any more birds show up. Today I was enjoyed seeing the pictures of sunrise (above) and sunset (below). There appeared to be some nice light out there. I’ve adjusted the pictures below (rearranging frames and cropping in one case, just cropping in the other). You can see the originals on the NOAA site sunrise here and sunset here. 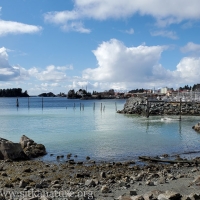 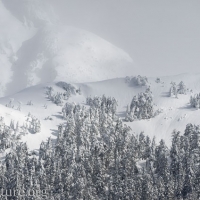 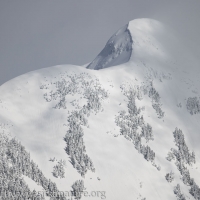 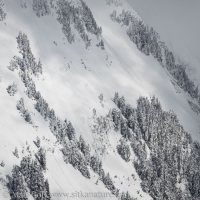 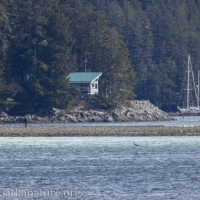 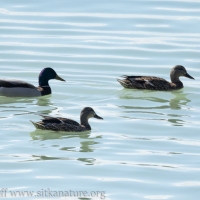 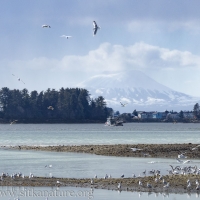 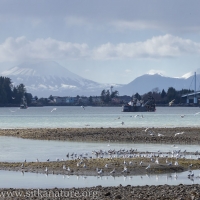 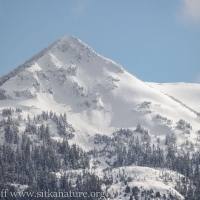