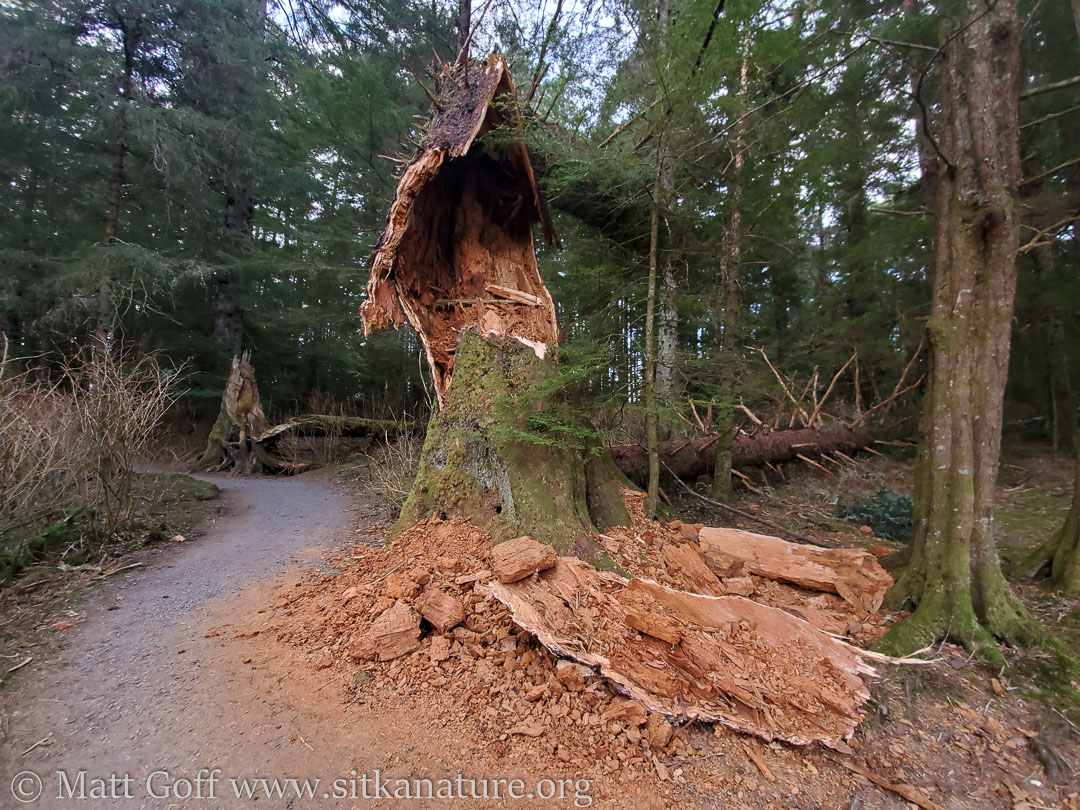 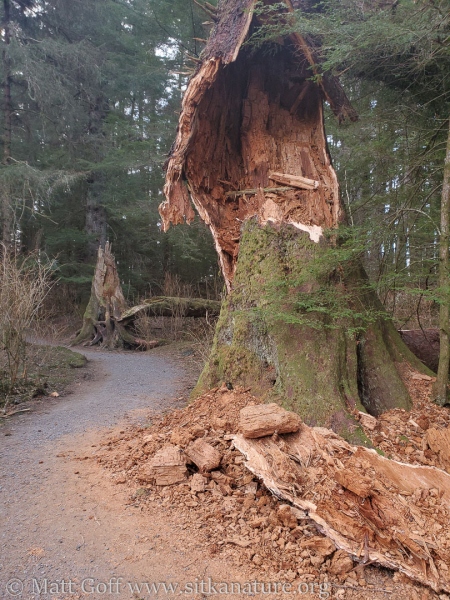 Sitka Spruce (Picea sitchensis) is well known as a relatively light, but strong wood. It’s been used in the building of aircraft, and is also favored for musical instruments (though perhaps for different reasons).

Although I was aware of these facts, I hadn’t really had much reason to consider their implications as a practical matter.

Last fall or early winter (though I can’t remember which storm), a good-sized spruce right along the trail fell over. I didn’t make it by to look until late January when I snapped a couple of photos.

The tree had been alive when it fell, but that’s not so unusual. What did stand out to me was just how rotten the tree was through the middle. I was not surprised to see rot in general since I had previously noticed a wood rotting polypore – Ganoderma oregonense – fruiting on it. What was surprising was how extensive the rot was. 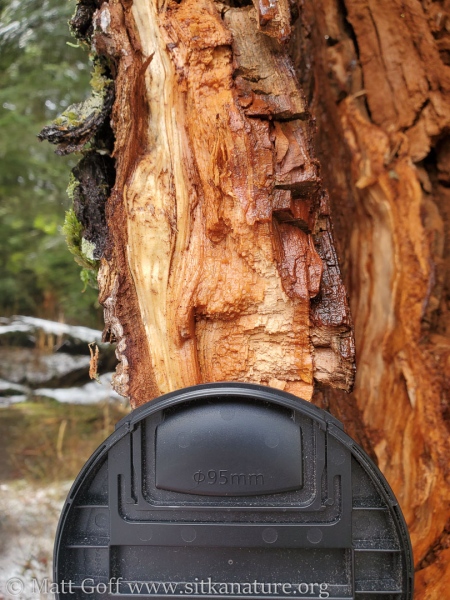 When I went by more recently, I took a photo to show just how thin the outer shell of solid wood was. I didn’t measure the trunk diameter, but I think it was at least 3-4 feet wide (I’ll update this when I get a chance to measure). Of this, only 3-4 inches of wood around the outside was solid. This shell was supporting the entire weight of the tree. It’s possible it was a little thicker on the part where I could not see, but at least half the tree circumference appeared to have solid wood that was not significantly thicker than what I measured.

I’m not sure how much force this wood had to endure, but I suspect it was substantial, just from supporting the weight of the tree, with additional forces due to the wind (which ultimately were it’s demise).

In the background of the picture at the top of this post, you can see a tree that fell over back in late 2012. It had rot at he center, but seemed much more solid than this one when it fell. I suppose spruce can decay substantially over 8 years, so perhaps this tree that fell more recently was still quite solid at the time. It would be interesting to know (but I have no idea how one could figure out) how fast the center of this tree broke down.