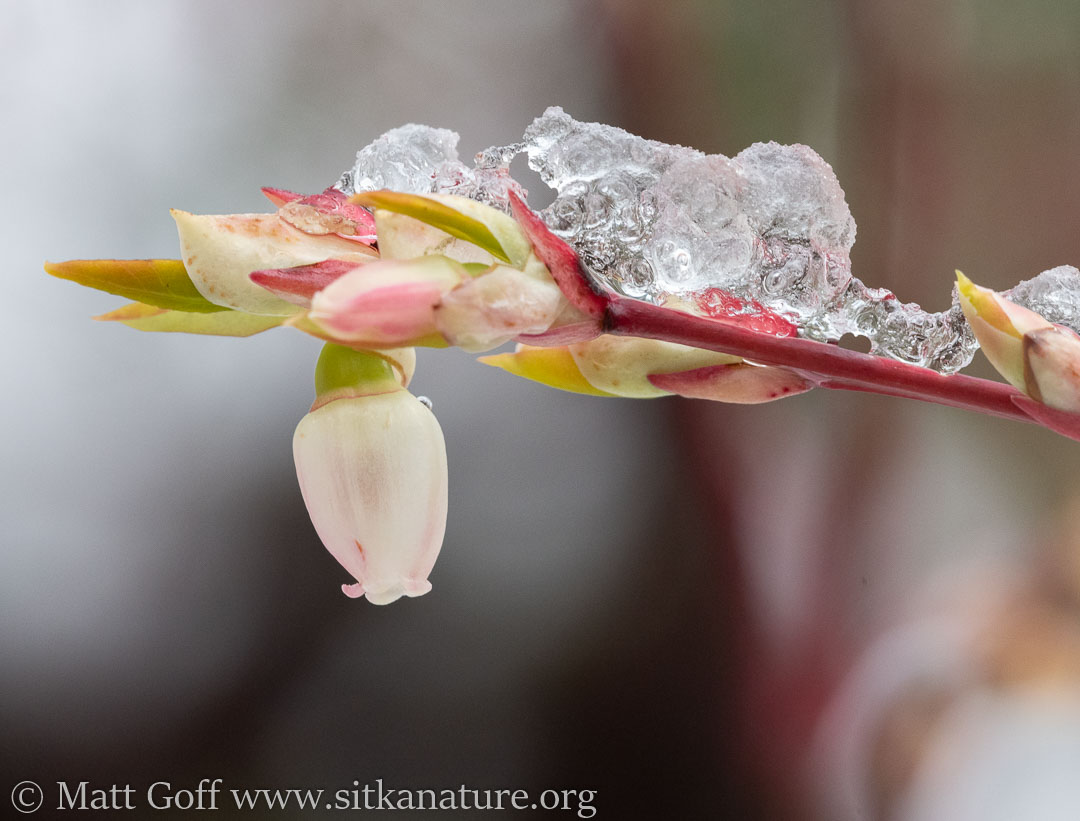 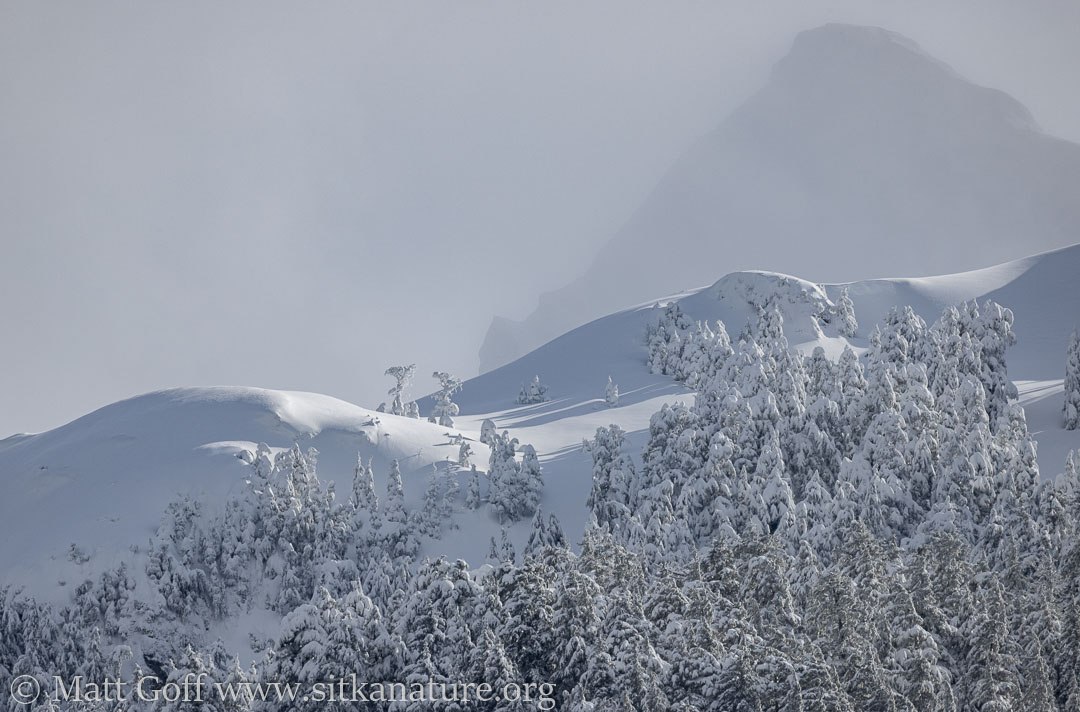 Perhaps it was fitting for the first morning of April to look out my window and see blue skies with accumulated snow on the tree branches. Rising a little while later, I saw dark, heavy clouds to the west, and figured more was on the way.

Snow showers did continue throughout the day, more frequent and longer in the afternoon. Winds were mostly fairly calm. The forecast is calling for another couple of inches to accumulate overnight.

Motivated to enjoy some sun while it lasted, I headed out for a walk down to the park not long after I got up. 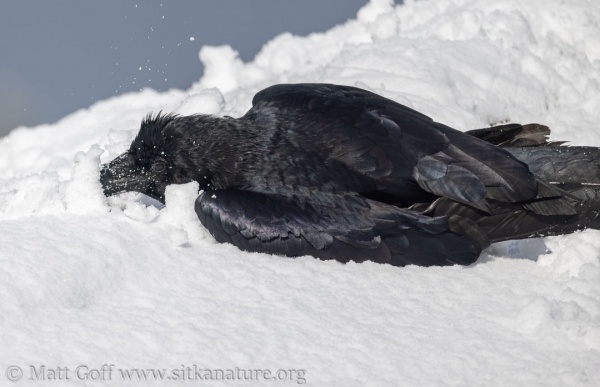 Along the way I stopped to take pictures of a raven playing in the snow. It probably would have been a better situation for video, but I’ve not spent much time figuring out how to effectively record video. As it was, I missed a bit with exposure of the black bird against sun-brightened snow. 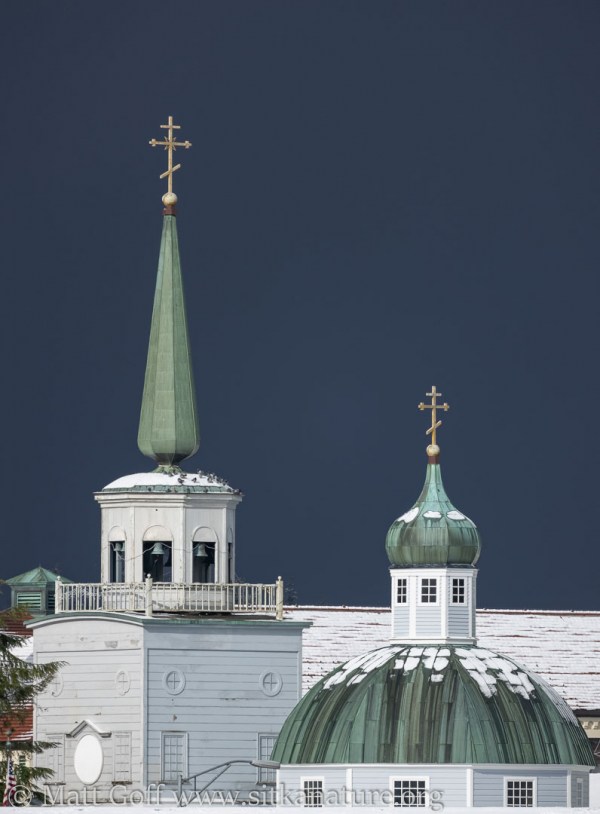 From the perspective along the seawalk, St. Michael’s stood out brightly against the dark clouds looming behind. I walked out on the breakwater spur to get a clearer view.

The herring fleet was out in Crescent Bay again today. At least a couple of boats had sets, and I took pictures from various points along the way. Several of these ended up being multi-image panoramas which I could actually print quite large with lots of detail if I wanted. In terms of resolution, they’re really overkill for my purposes. However, I often can’t be bothered to switch to a wider lens, and so I end up taking multiple shots and stitching them together.

The tide was out, and gulls were going back and forth between the fishing and the beach. By the time I was out where I could see them clearly, the snow had arrived and visibility was not great. I did some scanning of the flocks, but didn’t spot anything unusual. 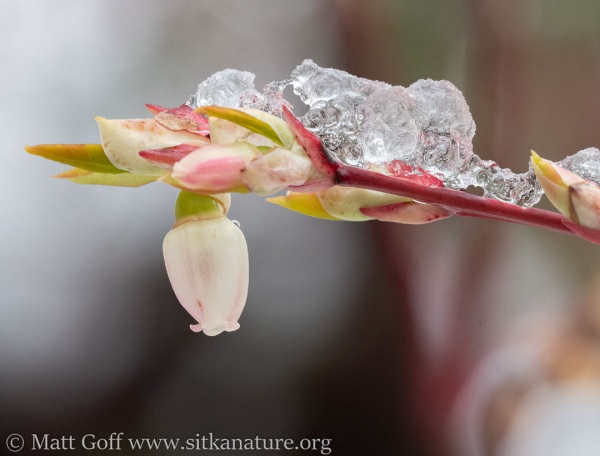 I saw a couple of blueberry flowers open for the first time this year. With a sunny day in the forecast for Saturday, I wouldn’t be surprised if there are many more open next week. There were salmonberry flower buds out along one stretch of trail in the park, but I didn’t see any color showing yet. I’m still waiting on my first one of those this year. 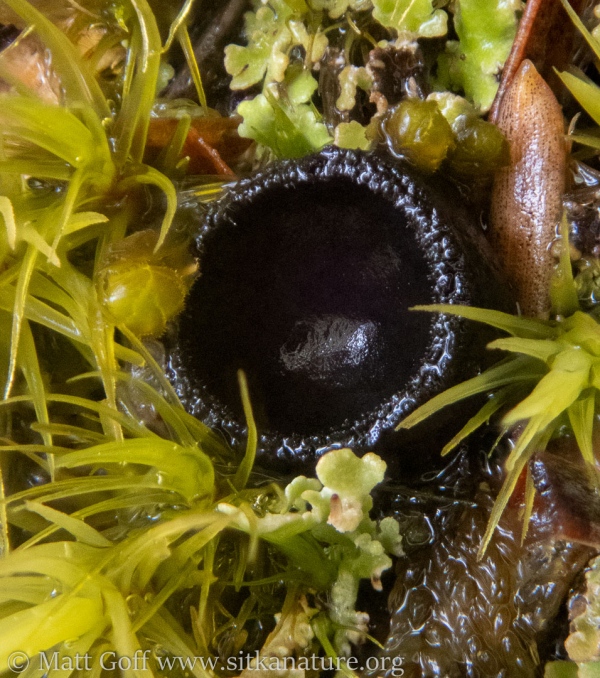 On my way home, I finally remembered to stop and look for the little black cup fungi that I first noticed growing on a particular long-stranded log 18 years ago. I was happy to find some, as it’s been a few years since I last saw any there. (I don’t always remember to check, and at least a couple of times, I didn’t find any when I did remember.) 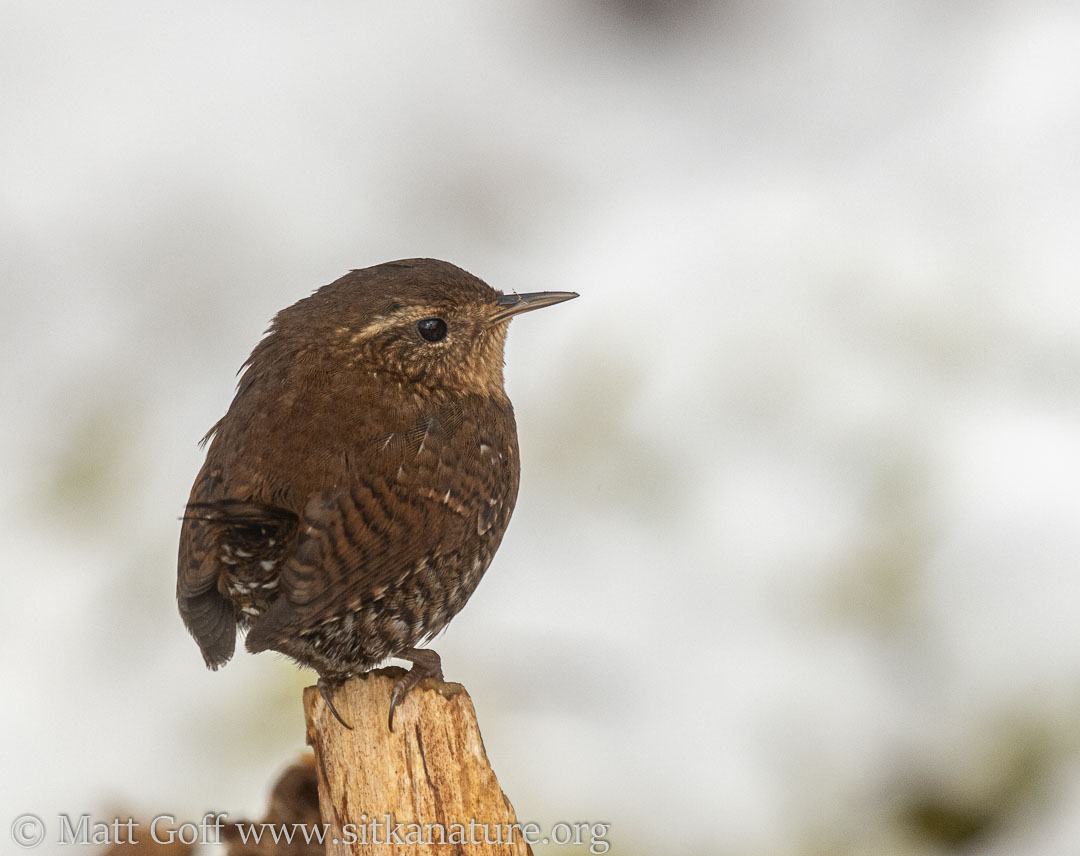 A Pacific Wren was doing a little singing and demonstrating near the path in the park. It wasn’t the full sustained (and repeated) singing that’s more typical a bit later in the season.

There were three robins under the large spruce tree on the Sheldon Jackson quad. They flew up into the tree before I could get a photo. I wouldn’t be surprised if they are migrants, but it’s hard to be sure.

On a brief stop to check the channel this afternoon, I saw the lone Surf Scoter off the ramp again. There was the usual assortment of ducks, but not many gulls.

At the park I saw a lone Northern Pintail, possibly it’s the one that was at Swan Lake recently, or it could have arrived since then.

Something close to 100 Canada Geese were flying north this morning, the first flock I’ve seen migrating.

I did check the lake more closely today and spotted one Trumpeter Swan towards the upper end. 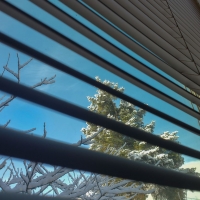 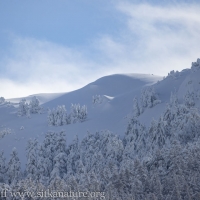 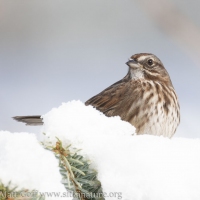 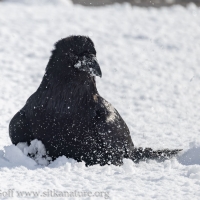 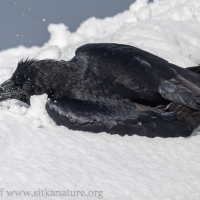 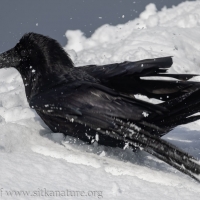 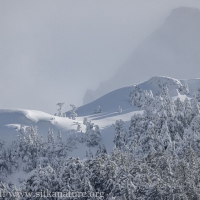 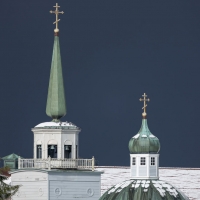 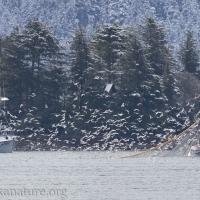 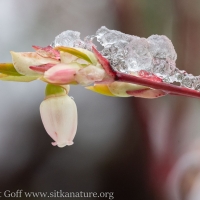 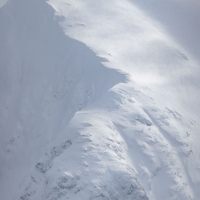 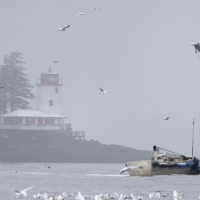 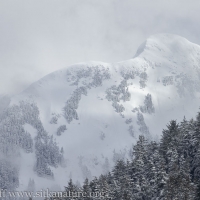 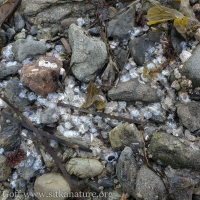 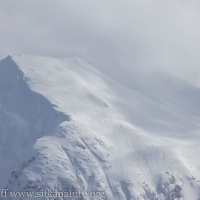 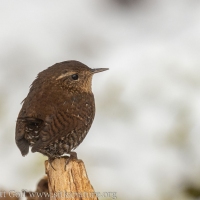 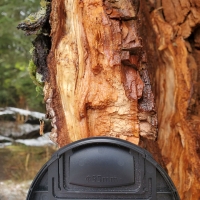 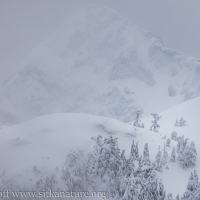 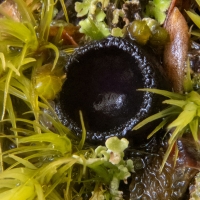