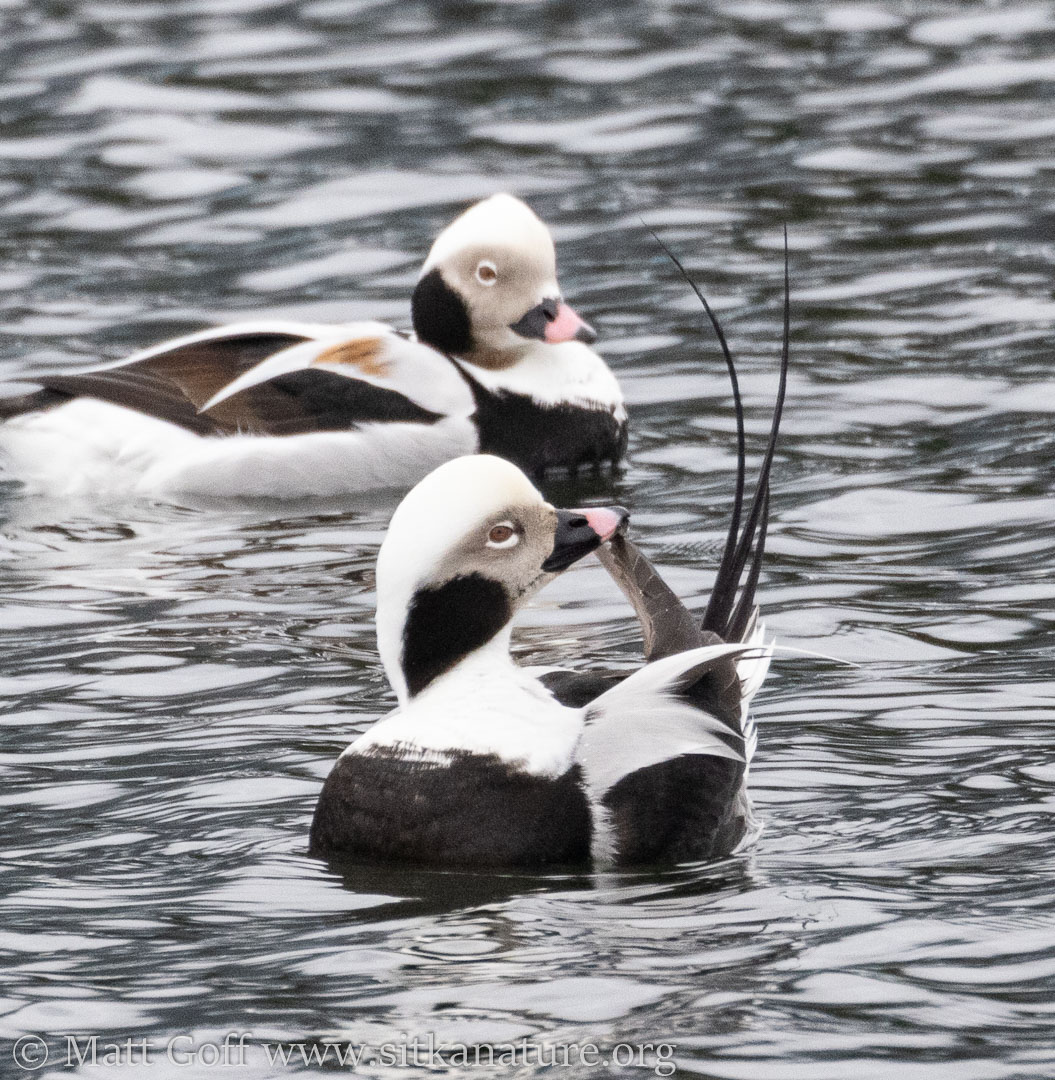 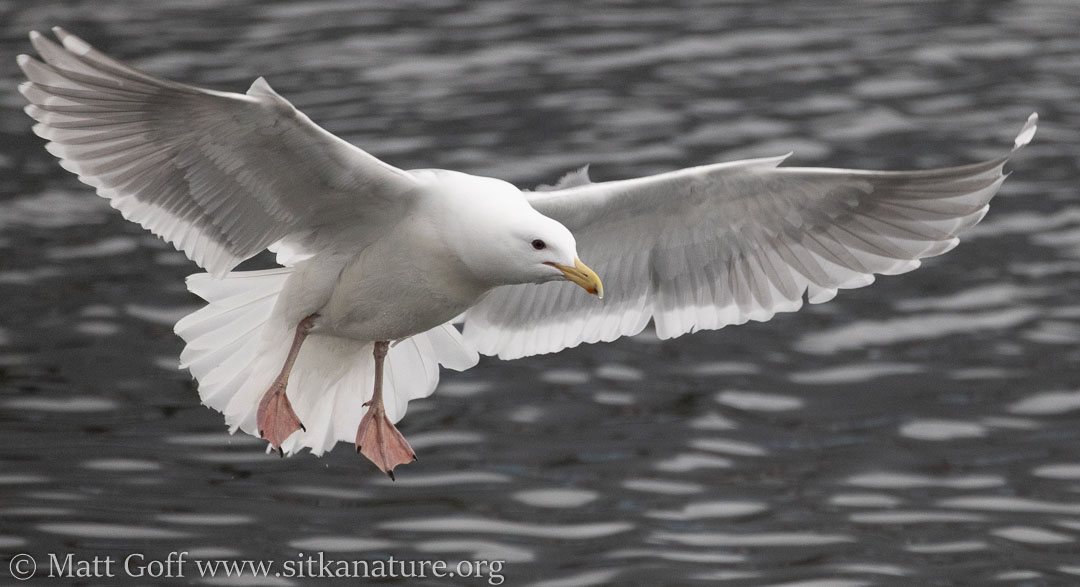 Rain and heavy clouds continued today, but calm was replaced by a southeast wind.

I caught a bit of a break this afternoon when I was out in slightly brighter skies between showers. I spent the better part of an hour watching the birds at the channel with rain falling only at the end.

There seemed to be more gulls today than I’ve seen in recent days. However, I may have a skewed impression because 50-100 hanging out on the ramp (on previous days there have been none). The tide was high, and the resting gulls seemed unconcerned about my vehicle, so I parked on the ramp and was able to observe them from fairly close. 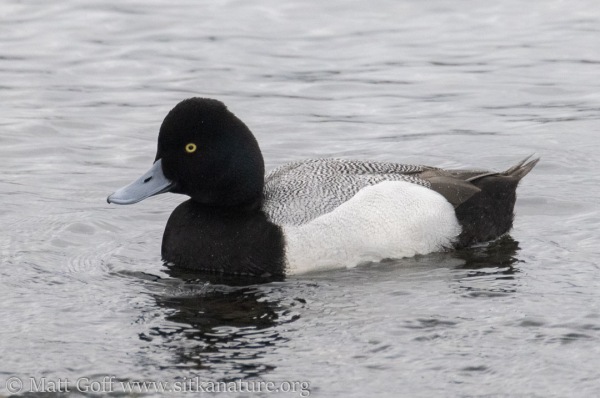 The scaups mostly stayed tucked in close to shore on the north side of the ramp. I think they may have been there to get some protection from the wind coming up the channel. At least a couple of scaups even spent some time resting on shore. I don’t see them on land very often. 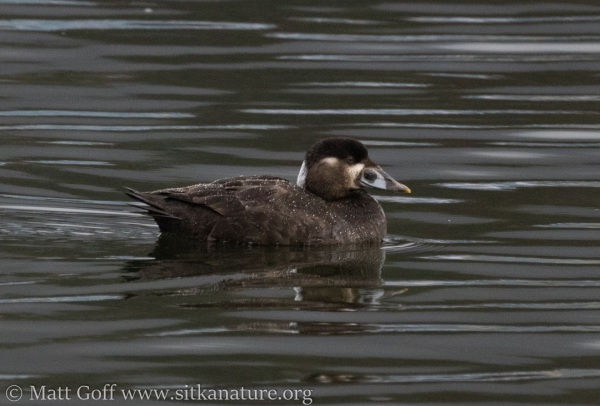 I was surprised to see a lone immature Surf Scoter just off the ramp. It’s the first one I’ve seen in this part of the channel in quite some time.

With gulls constantly coming and going between the middle of the channel and the ramp, I decided to practice taking pictures of them flying. Conditions weren’t the best, but I ended up with a few I liked enough to keep.

I went by Swan Lake and spotted the Wood Duck still on the peninsula. I didn’t look carefully at the upper end of the lake, but didn’t notice any swans. Yesterday I only saw one. It seems the remainder of them have likely headed north.

Despite the rain and wind more typically associated with low atmospheric pressure, the tide is still running a foot or more below predicted. This morning’s low was -2.5ft (predicted -1.28ft). Tomorrow’s morning low is predicted to be -1.5ft. However, with heavy rain and south winds 15-20mph in the forecast, I am unlikely to feel motivated to get down to the beach. 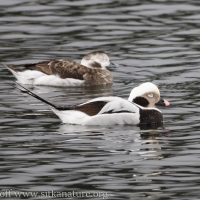 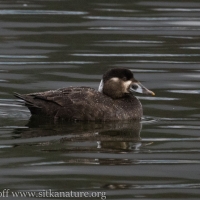 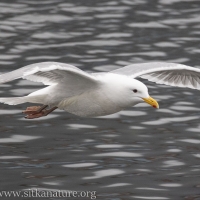 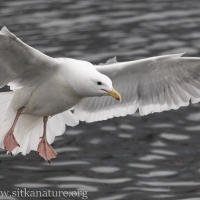 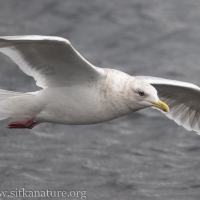 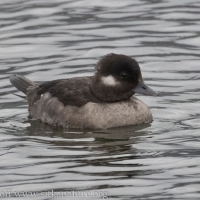 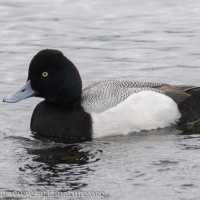 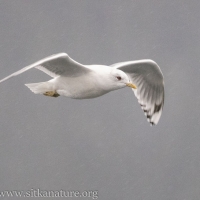