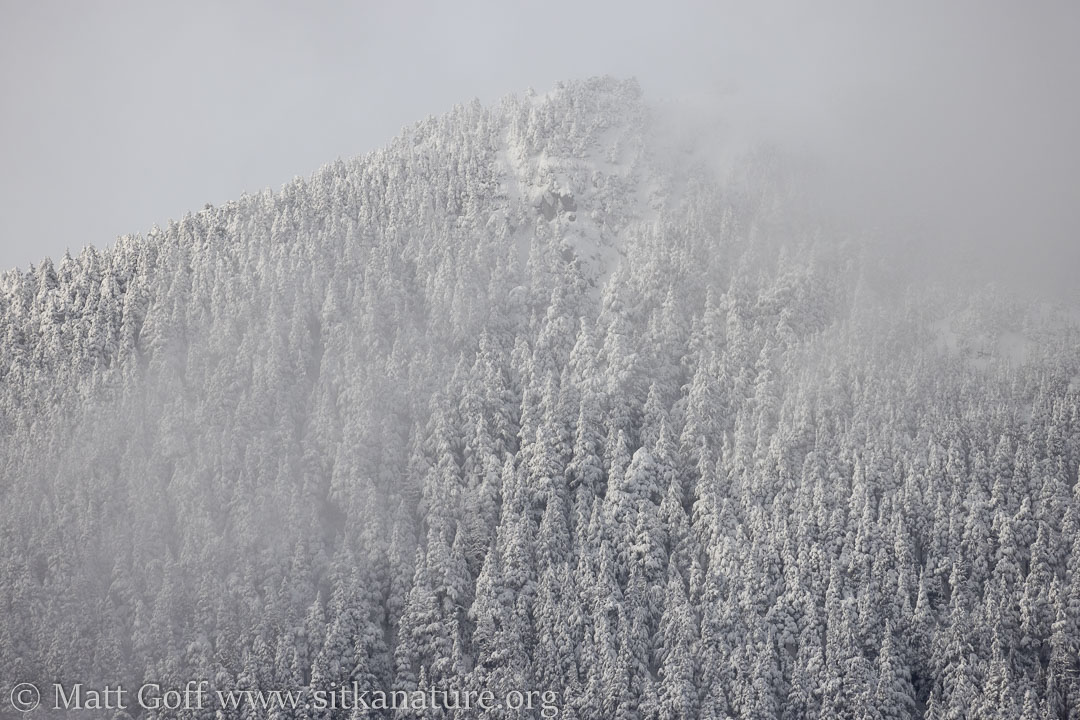 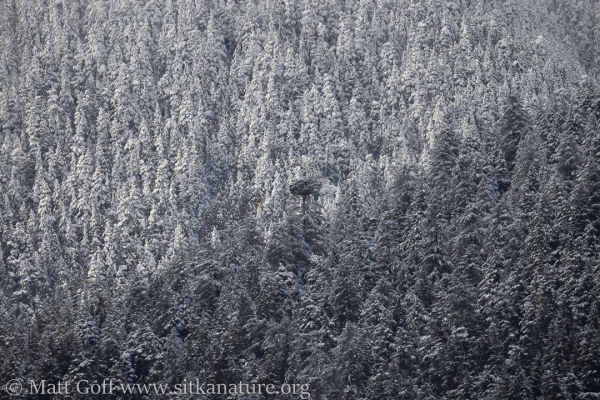 I woke this morning to see snow falling outside. Occasional showers continued throughout the day, with more rain mixed in during the afternoon, and snow back in force this evening. Accumulations were light, and mostly melted off during the warmer part of the day.

I did not get out until later in the afternoon. My timing was good for experiencing a bit of the limited sunshine we had. Earlier in the day clouds were down to only a couple of hundred feed (and perhaps to sea level in places).

The herring fishery commenced today with an opening north of town. With the mix of snow, rain, and sun, it was a good reminder why I think of such conditions as herring weather. 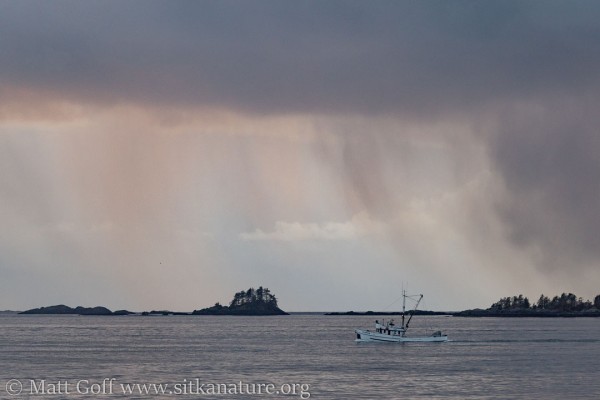 This evening I headed out again just before sunset in case some nice color showed up. There was no bold coloring, but I did notice some subtle colors and textures from the interplay of fading light, gaps in the clouds, and showers moving across the sound. 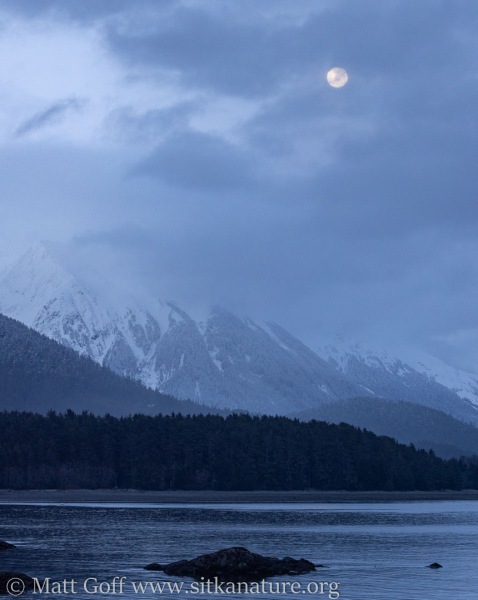 For no good reason I was surprised to see the full moon rising to the southeast. It’s been so cloudy lately that I’ve only barely been keeping track of the moon phase as part of attending to patterns of the tides. I think the last time I was out taking pictures of the full moon, it was rising well to the north from behind the Sisters. I’m only just starting to get an understanding of how the moon moves throughout the month. I can now more or less reason my way through where it should be (at least roughly) based on the season and phase, but definitely don’t have a feel for it.

Much of the day was spent refining and testing parts of the new email subscription set up. I hope to finish up with that tinkering in the next couple of days. 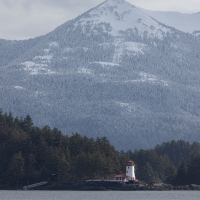 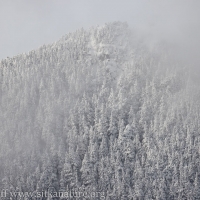 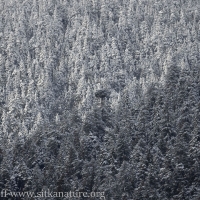 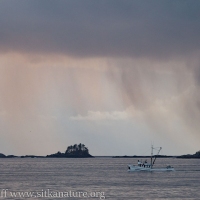 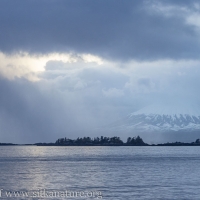 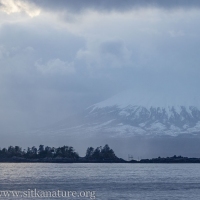 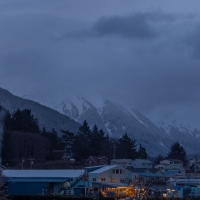 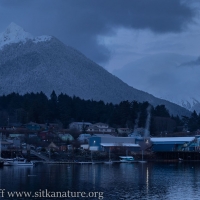 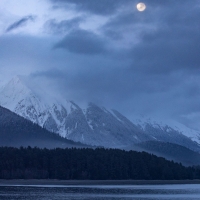