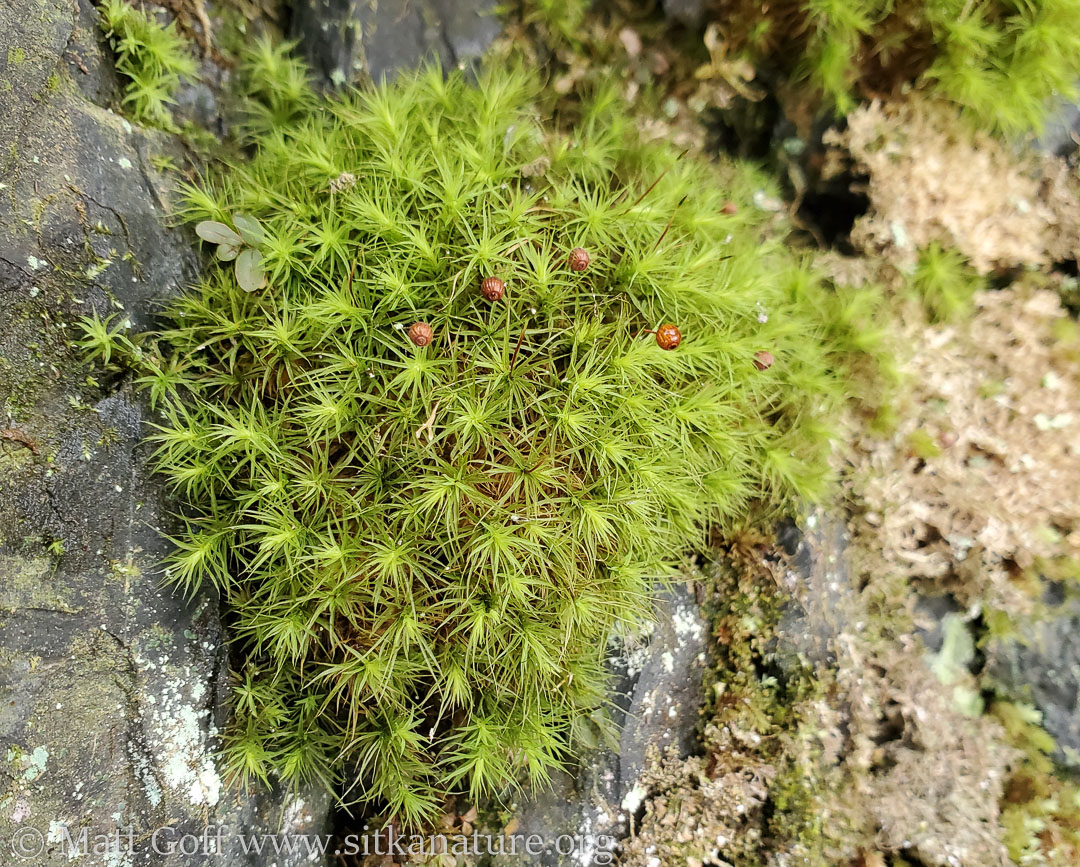 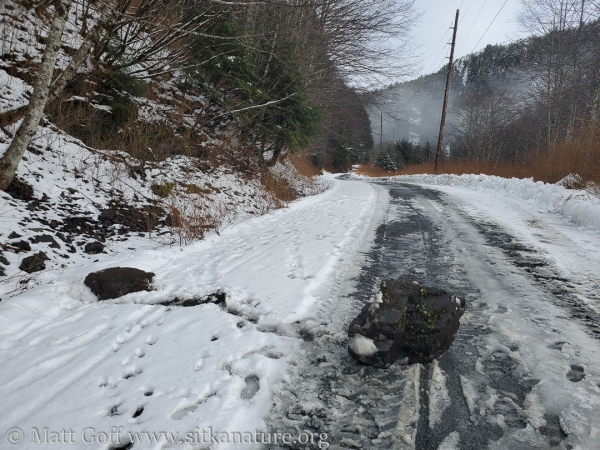 Mostly gray with an occasional shower, and even more occasional brief spot of soon. Temperatures were above freezing, so the snow that fell yesterday was slushy today.

It’s easy to think of snowy weather as being more wintry, but I find the sort of snow we’re getting to be more spring-like. It tends to be wet, and melts relatively quickly in the much stronger sun. Unless a warm weather front comes in bring extra warm temperatures and rain, winter snow tends to hang around (even when it doesn’t clear up and turn cold).

The troopers were utilizing the ramp area on Japonski, so I walked up along the shoreline more to check out the gulls that were loafing there this morning. None stood out to me as being unusual.

I met up with Kitty and after driving out to Starrigavan to find more rain than we were inclined to get out in, we tried the other end of the road.

Conditions seemed nicer at Blue Lake road, and we walked up to where it starts to drop back downhill towards the campground area. 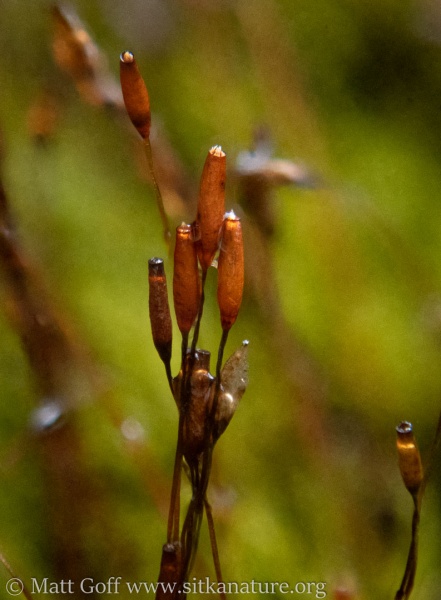 Along the way I stopped a couple of times to check out the bryophytes. Not for the first time, I thought it might be interesting to do an inventory of the roadside mosses and liverworts, especially along the cliffy areas. I took a picture of one I recognized, and made collections of a couple others that had sporophytes (which Kitty suggest make it much more likely to get an ID). 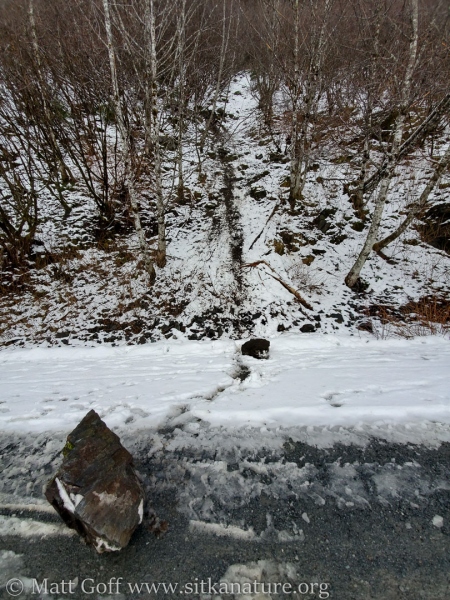 On the way up, it was clear the road had recently been scraped. I assumed it was earlier in the morning, but wasn’t sure. This became a more relevant question when we came across a couple of rocks in the road. One of them was sizable laying where the snow had already been cleared. It was clear where the rocks had tumbled down the hillside out on the road, and equally clear they had come down after the road was scraped.

It seemed a little weird to think the rocks had just recently tumbled down (maybe because that made the road feel a little more threatening). I hedged my thoughts a bit on when the road had been cleared, and wondered if it could have even been yesterday.

Not much further up the road I started hearing something that seemed mechanical to me, but it wasn’t clear what it might be. It gradually got louder, and then a road grader came into sight. It was clearing the uphill side of the road, having previously cleared the downhill side. This made it clear to me the rocks had actually tumbled down within the past hour or so before we got there.

We happened to hear a rock, or perhaps a chunk of ice, tumble on the other side of the canyon. I caught a glimpse of something moving, but not enough to tell what it was. 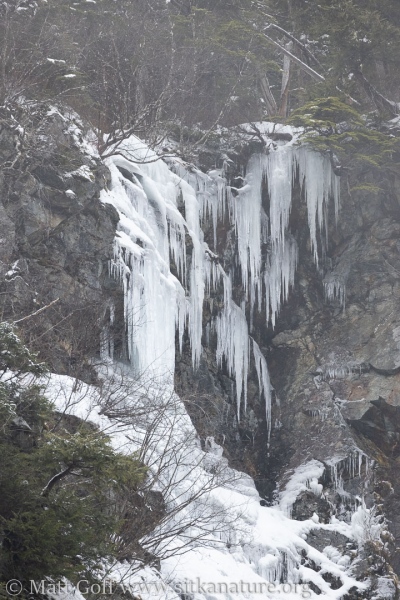 There were still some very large icicles hanging from overhangs on both sides of the canyon. They will no doubt come down in the coming days. 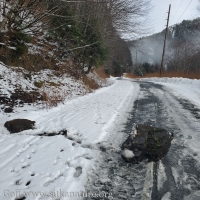 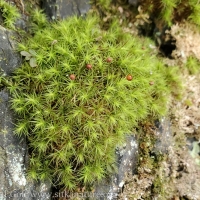 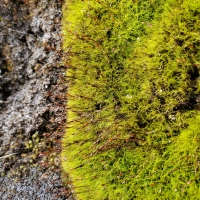 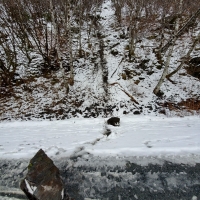 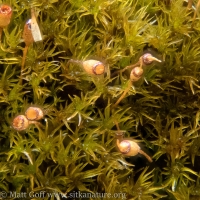 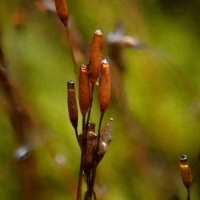 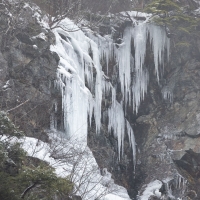