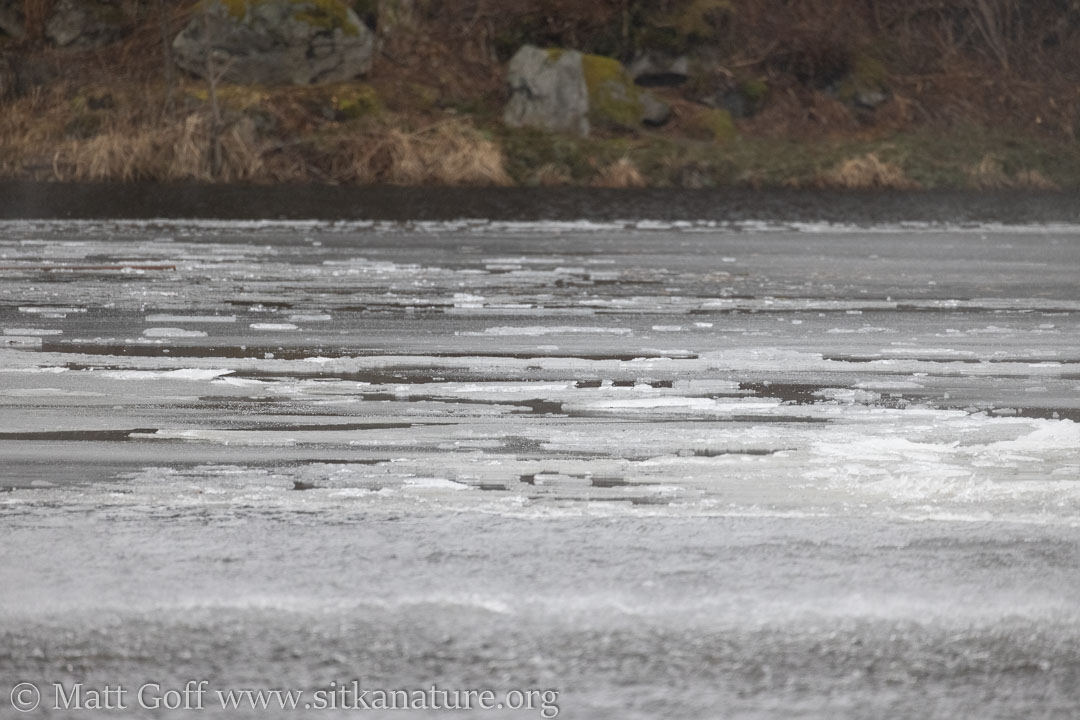 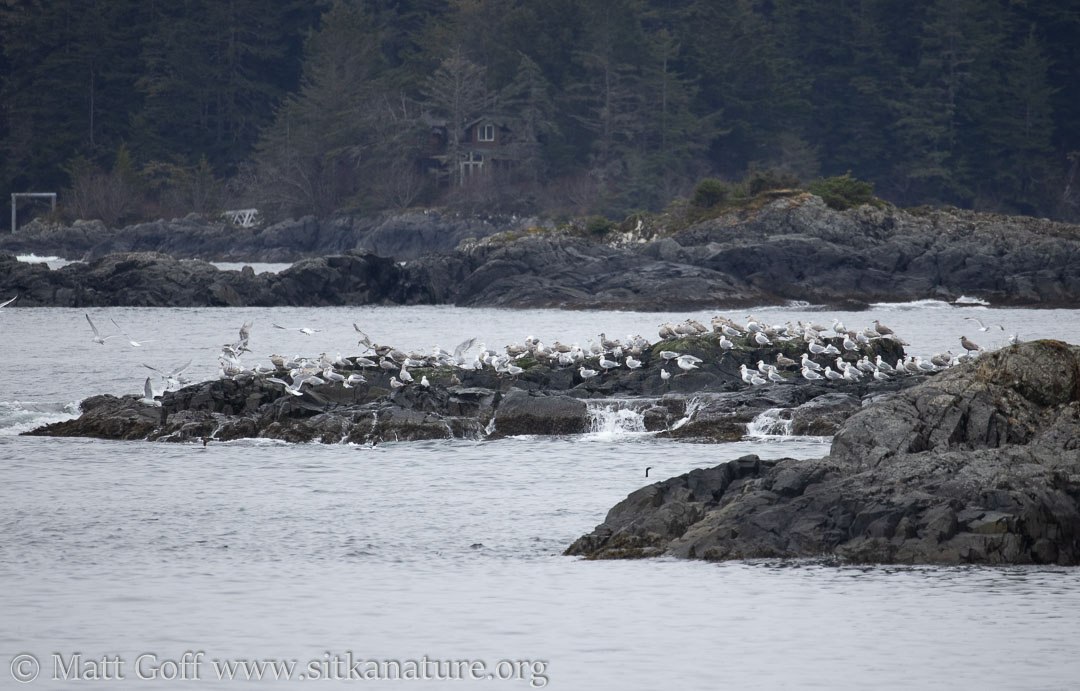 Yesterday’s rain total of 1.77″ broke the previous record which appears to be 1.38″ in 1959 (at some point it might be interesting to go through and figure out how old the various daily weather records are – I don’t imagine there are too many left that were as old as this one).

A little bit of snow fell early in the day, but without any accumulation. The rain that fell as the day went on seemed mostly fairly light and scattered. 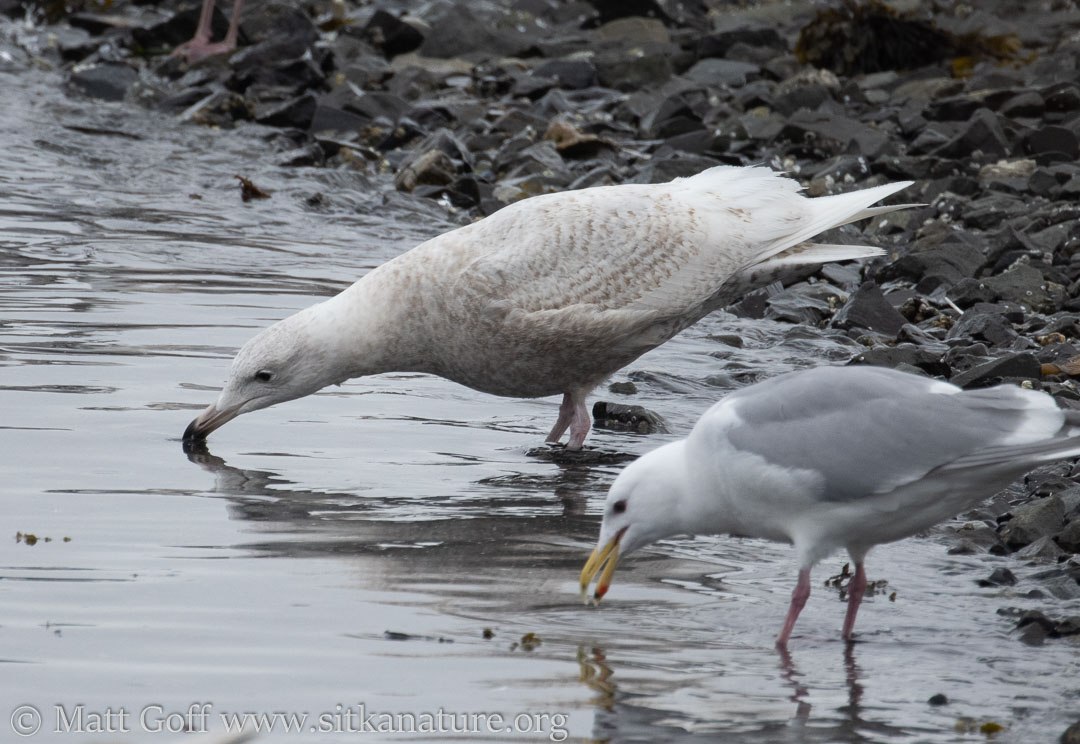 Connor starts working again this week, and decided to get Subway for lunch. After picking up our food we went over to check out gulls in the channel. No especially unusual gulls, but there was a Glaucous Gull, my second sighting of the year. 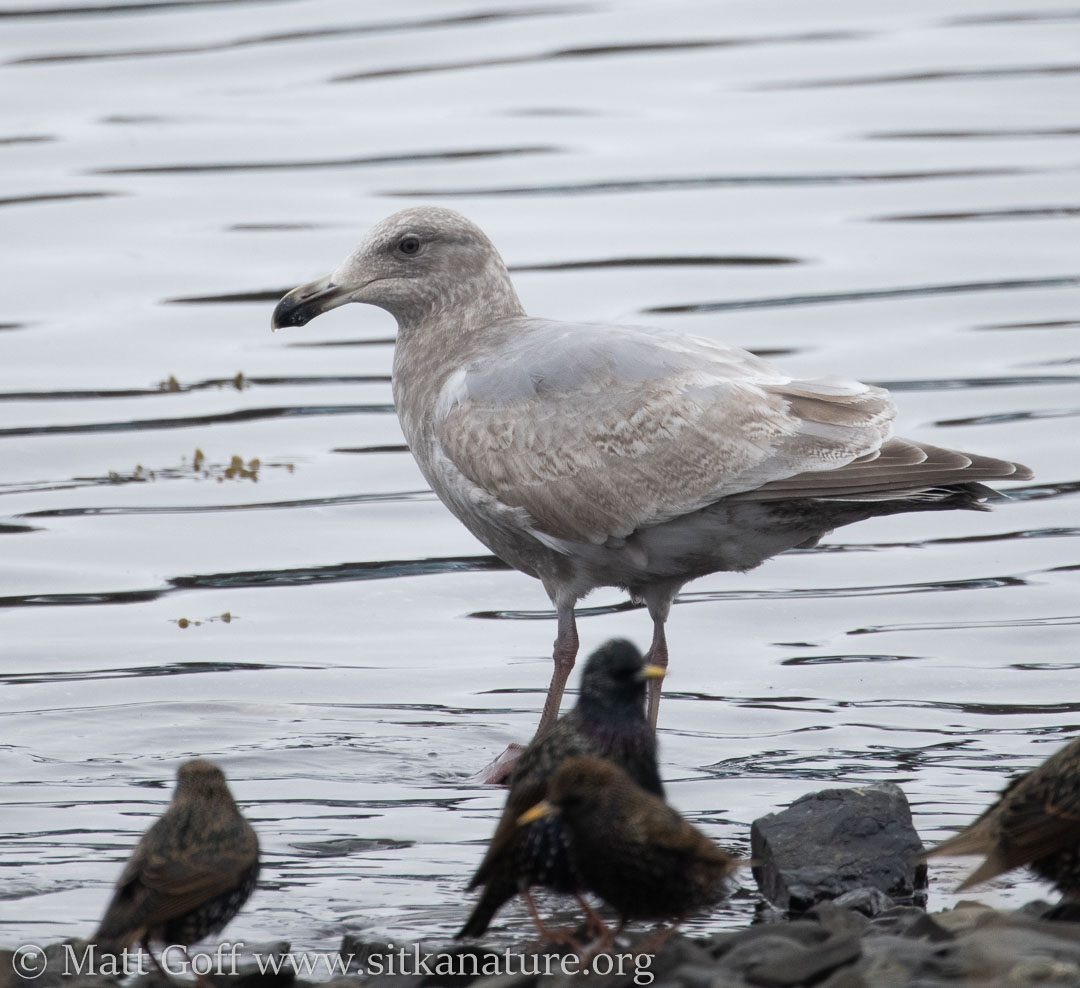 While watching the gulls, a flock of starlings was working the beach near the water line (the tide was fairly high). They periodically flushed and then looped back around to the beach. I’ve seen them utilizing the beach at other times in the past, but usually in small numbers, and not consistently. As I watched today, I wondered about these starlings a thousand or more generations from now. Would some of them have started to evolve towards more consistent utilization of food sources and perhaps have started to differentiate physically based on this preference? 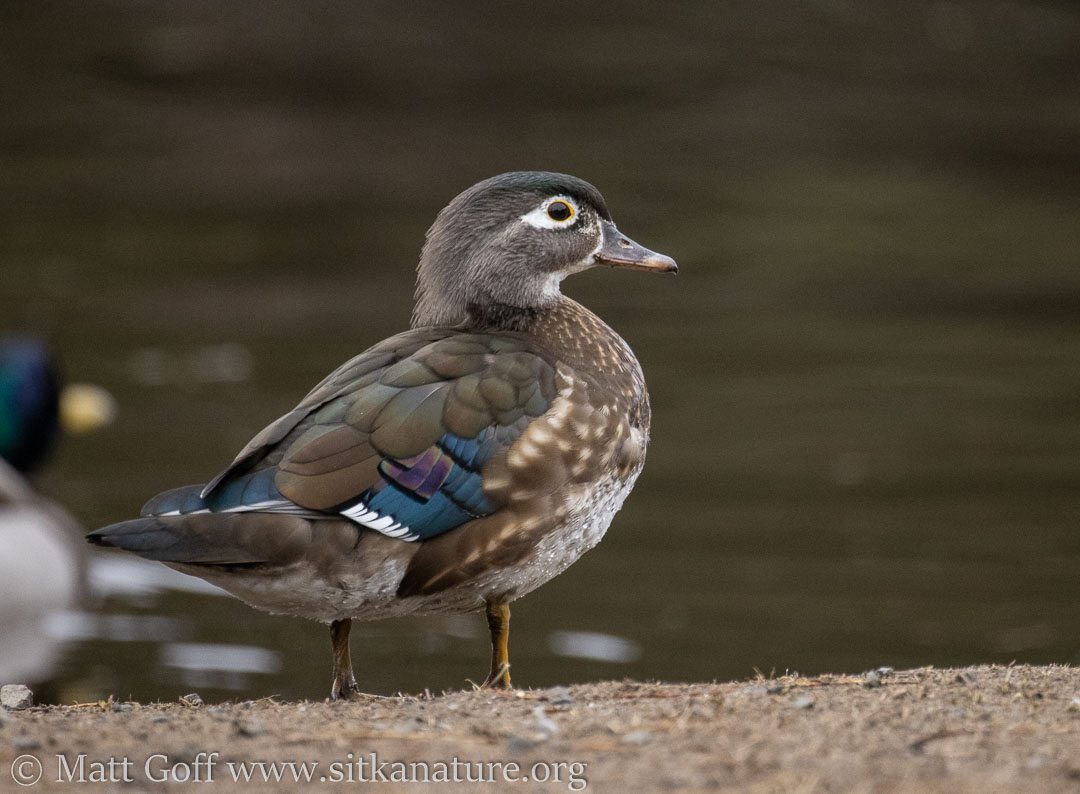 The Northern Pintail was still at Swan Lake, and we also saw the Wood Duck (which I had not seen in a week or more – though I had not looked very hard). Also 15 Trumpeter Swans (only six or seven at the peninsula).

In prior years I’ve often found gulls loafing at Swan Lake (e.g. 2014, 2011, 2008) by now. For some reason, as best I can tell, they have not showed up there so far this year, despite increasing numbers in the Channel. 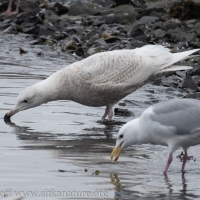 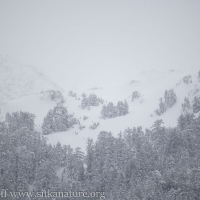 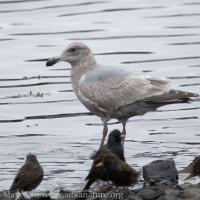 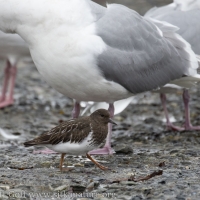 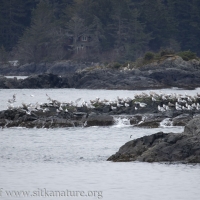 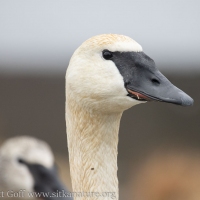 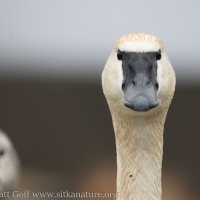 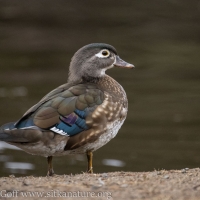 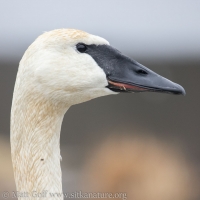 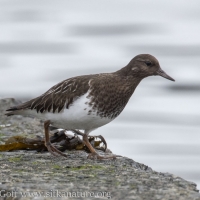 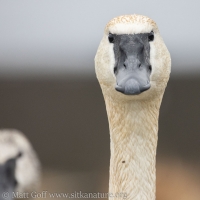