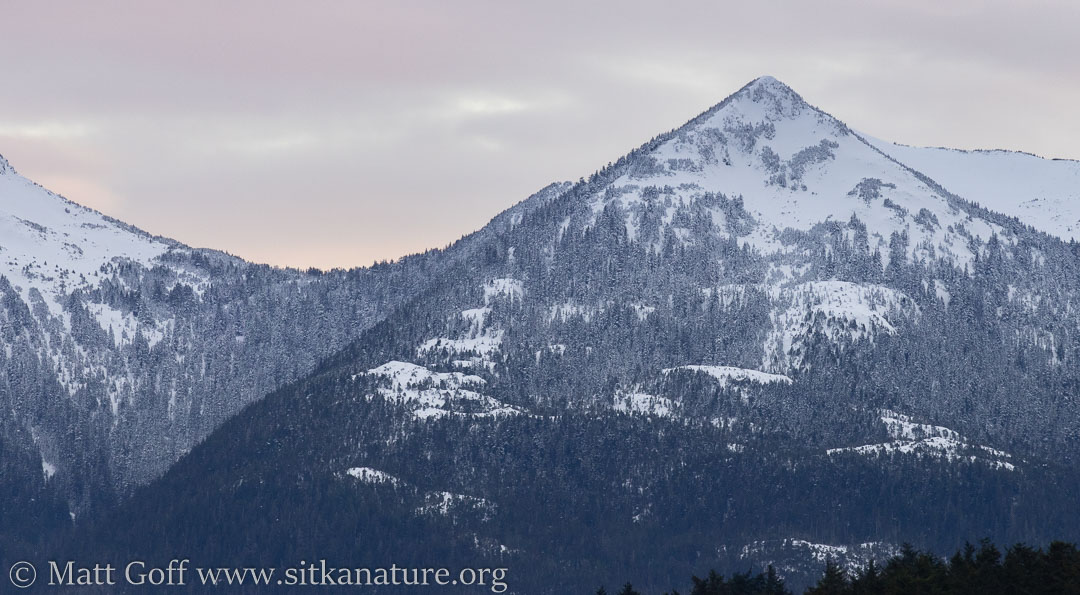 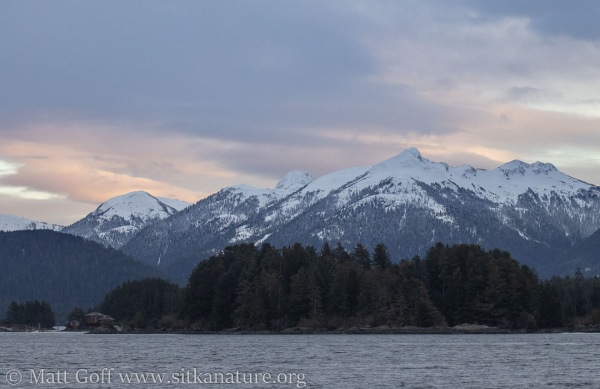 In hindsight it probably would have been worth taking advantage of the sun shining through partly cloudy skies in the morning and early afternoon. Instead, my attention was focused elsewhere, and I didn’t make it out until later this afternoon. By this time it was full on overcast, except for a small break well to the south.

I helped transport some large stakes from the store to the harbor. They will be used for a deer fence with the hope that the garden will be protected.

I spent a little time afterwards looking around a bit.

The channel seemed somewhat empty without the scaups. They seem to have moved over to the airport lagoon, which is now ice free.

I did see a small grouping of Red-breasted Mergansers and Common Goldeneyes in the channel right by the shore near the ramp.

At Swan Lake there were a few swans, the usual flock of Mallards, and the Wood Duck. A lone Ring-billed Duck was utilizing the open water, and diving right at the edge of the ice. The ice itself has receded from the edges, and seems to be quite thin. It looked like birds (I’m guessing swans) had made some paths breaking through it in places near the margin. Unless temperatures drop again, I wouldn’t be surprised if the ice is out within the next few days.

It was approaching sunset, and I spent some timing watching the clouds over the pyramids just in case the gap in the clouds allowed the sun to shine through in a dramatic way. The clouds did take on some nice color, but it was on the subtler side, and not so dramatic. 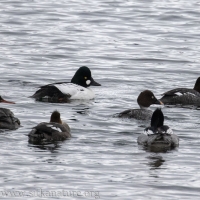 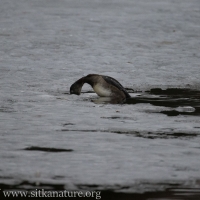 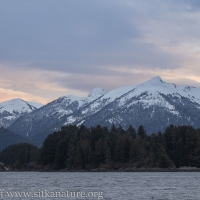 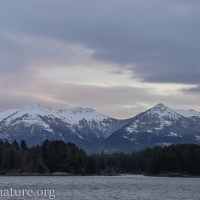 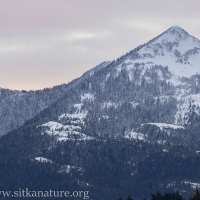