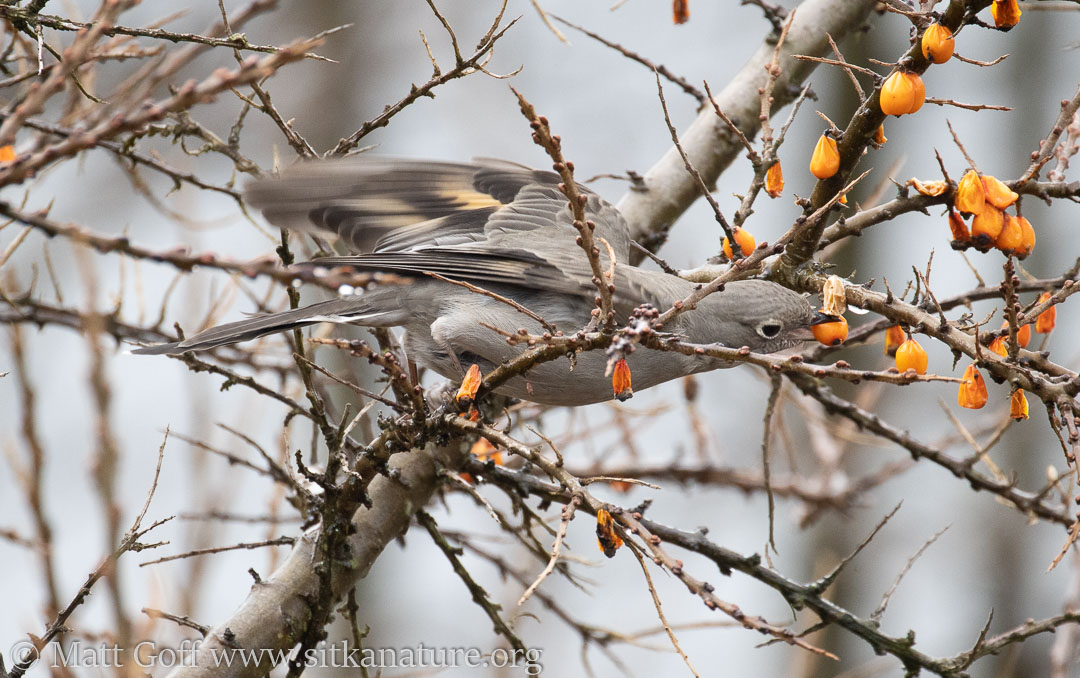 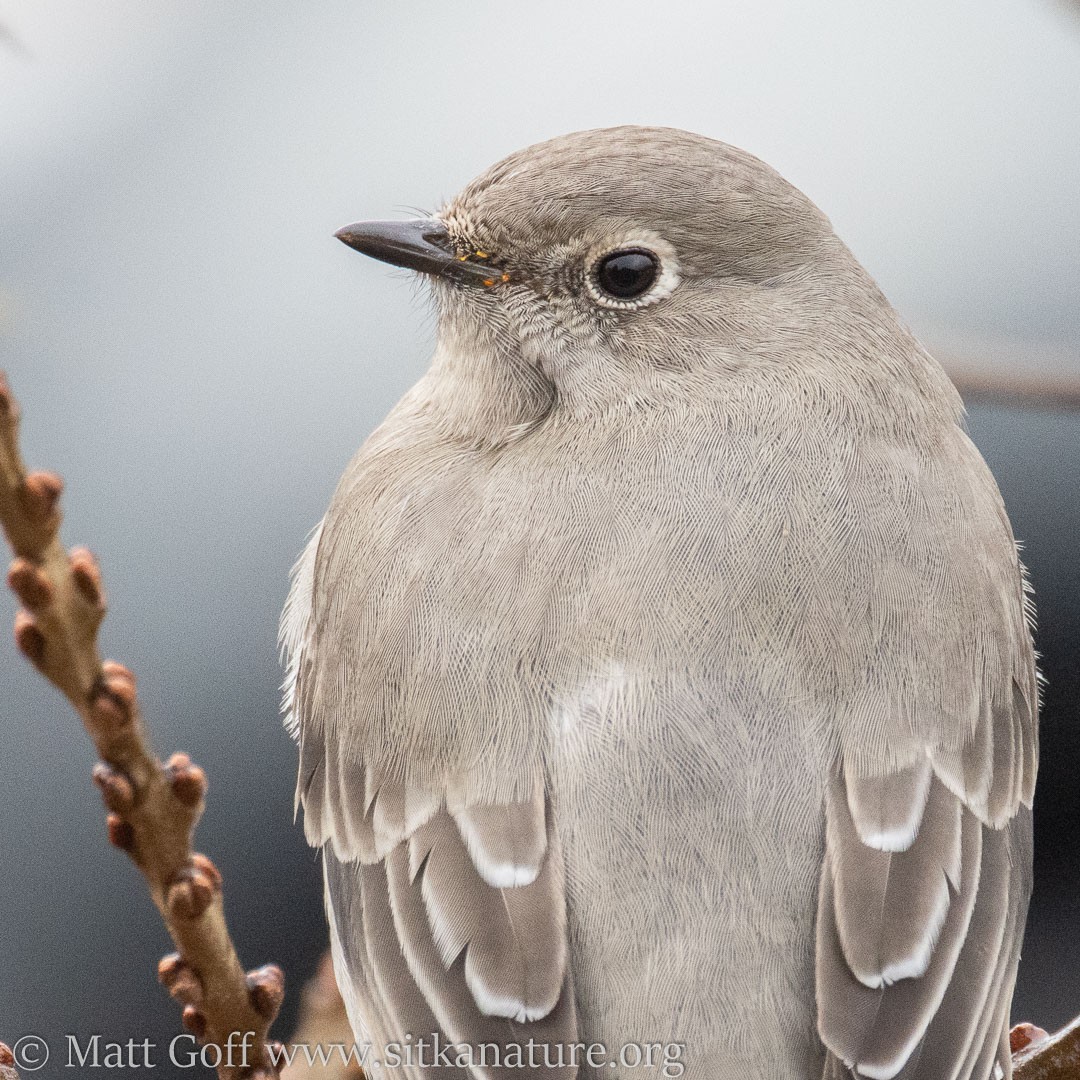 Though the windy weather continued with a slight decease in intensity, the rain shifted from near constant rain to periodic showers (which were heavy at times).

Winds blew out of the west, and so hitting the house again, especially when showers passed over.

Not long after getting up this morning, I heard a single high note repeated every few seconds. It was not a call I was not familiar with. It reminded me of a pipe or possibly something mechanical squeaking. I also heard a Song Sparrow calling.

When I stepped outside, I considered briefly whether the sound might not be a bird at all, but it did not take me long to zero in on the sound and see a Townsend’s Solitaire in my sea berry shrub.

It stopped calling not long after, but remained there for at least 15-20 minutes while I watched it. It stuck around long enough for Victoria to make it over and a get a look. The leading edge of a rain shower with gusty winds prompted me to go back inside.

When I checked a few minutes later, it had disappeared. However, after the shower had passed it was back again, at least for a little while. It then moved to a mountain ash in my neighbor’s yard, and later in the day I spotted it briefly a short distance up Sawmill Creek Road.

I’m assuming this is the same bird first reported in January. It’s only been reported two or three times since then. Observing it today, I can see why it would be easy to miss. It tends to sit fairly still for extended periods of time. When it was calling, it was very obvious, but most of the time it was silent. There are plenty of trees and shrubs with berries around the neighborhoods, and I imagine it’s been moving around working on them. When looking for it, I have tended to focus my attention where I notice berries, but today I also saw it was spending time quietly perched in other nearby trees.

It was the first bird I’ve seen eating the sea berries.

I took a trip out to Starrigavan with hopes of seeing the magpie found out there a couple of days ago. I could see there was a nice mix of birds on the beach, and if the rain had let up, I would have at least walked along the road to check those out. However, after about 20 minutes parked on the side of the road watching with no end of the rain in sight, I decided to head back to town.

Later I saw a report in ebird of the mapgpie. The time on the checklist was right around the time I was leaving, so it was somewhere in the area while I was out there.

While I was watching I did notice a couple with a small dog had some dog treats they were giving the ravens. One was either recording video or taking pictures with a phone while the other held out a hand with the treats. The ravens would get close, right next to the hand it appeared. However, they did not seem willing to take the treat from the hand, but were right on it when it was set directly on the railing (even when the people were still close). 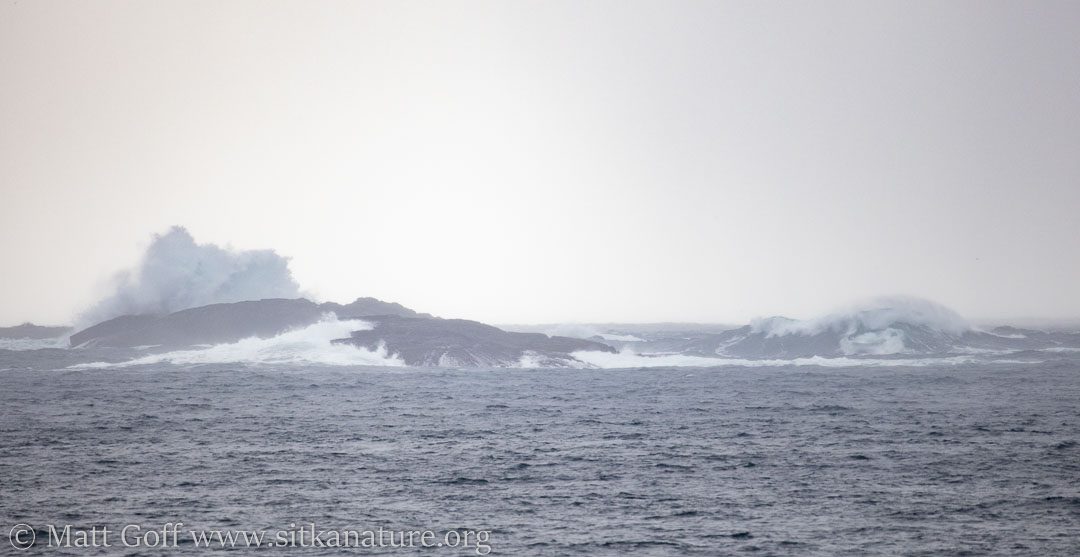 I watched the waves a Sandy Beach for a time (there was a flock of Black Turnstones there). I also stopped briefly at Sea Mart to watch. There were occasionally large breaks on the rocks, but not consistently. 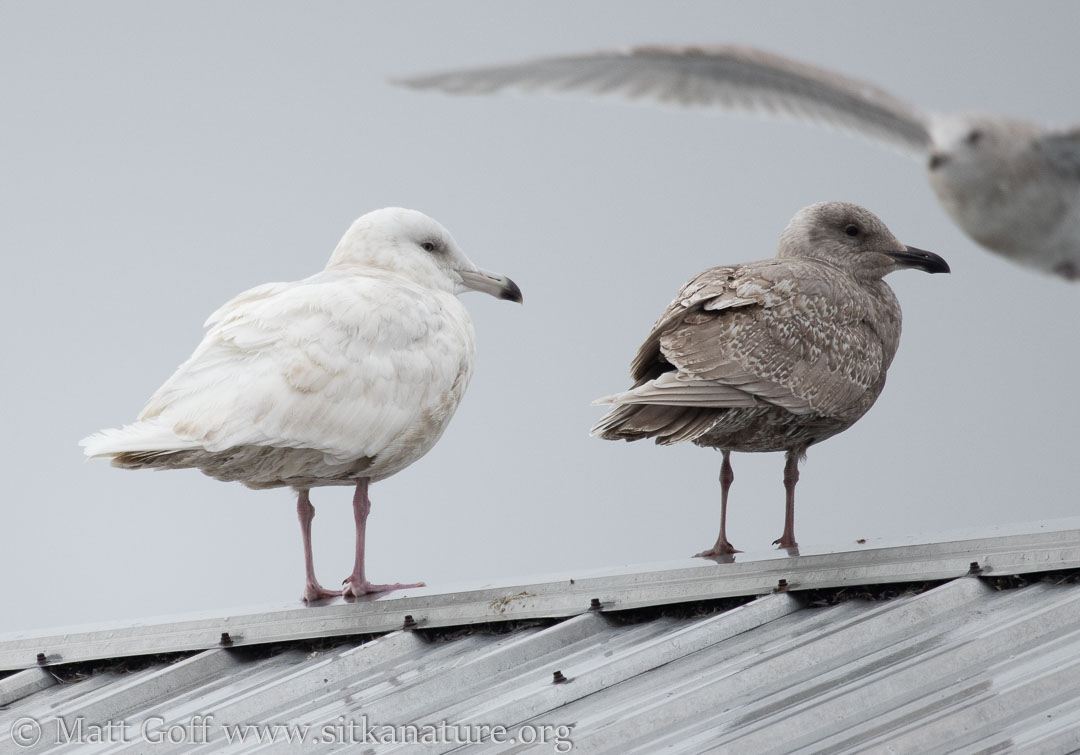 When downtown, I noticed some gulls on the roof of North Pacific Seafoods. Upon closer viewing, I found a first year Glaucous Gull, the first of those I have seen this year.

Later in the afternoon into the evening breaks between showers became longer, and the sun even broke through briefly a couple of times. Later this evening, some of the showers included a fair bit of snow. 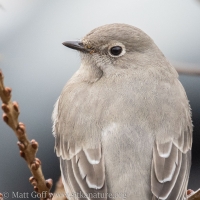 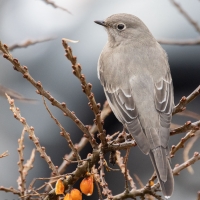 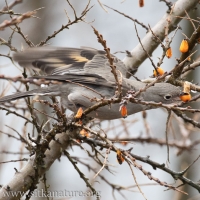 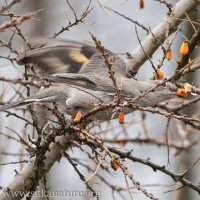 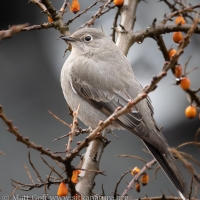 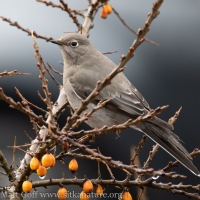 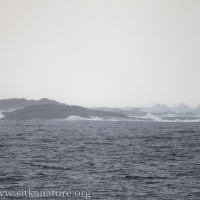 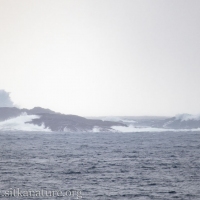 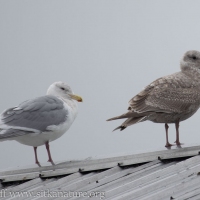 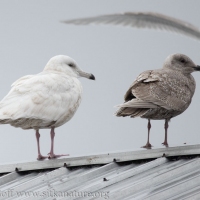