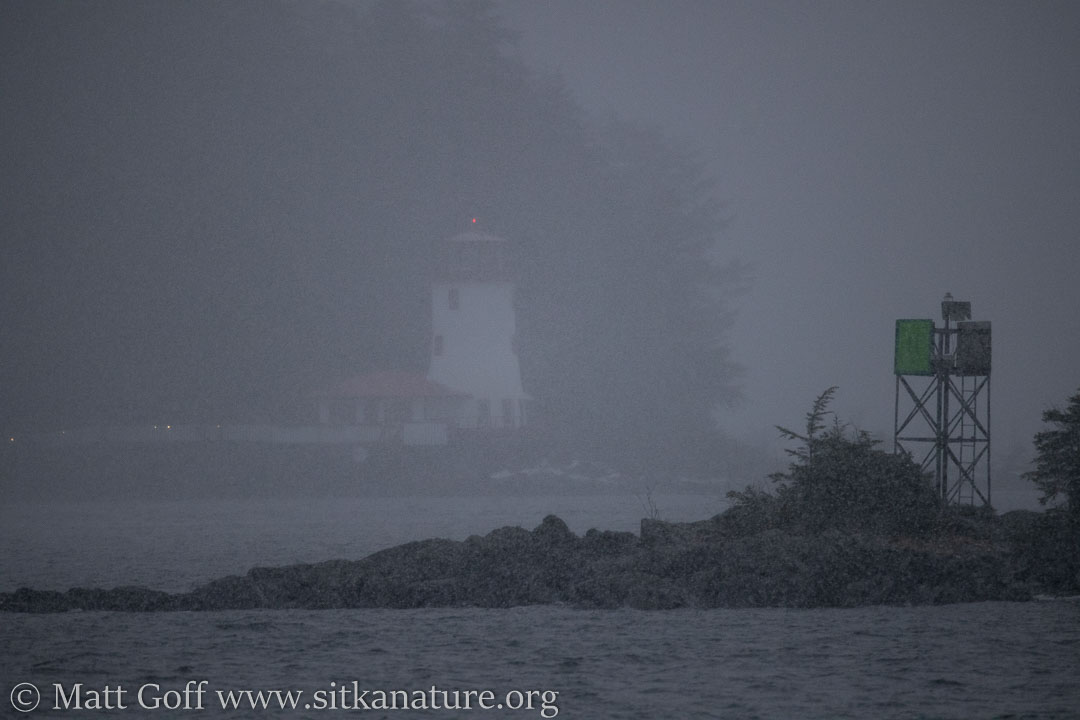 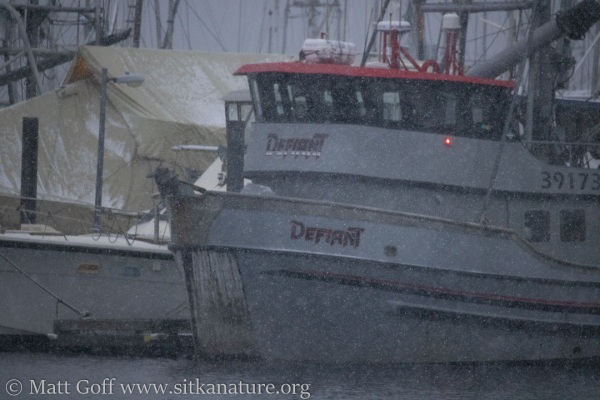 The first snow of the winter arrived late this morning. We had previously had a layer of slush that built up from sleet and graupel falling in showers, but today’s snow was large fluffy flakes falling. By late this evening an inch or so had accumulated at the house, but I suspect there is more out the road.

I didn’t spend much time outside, but did go for a drive this afternoon to look around. 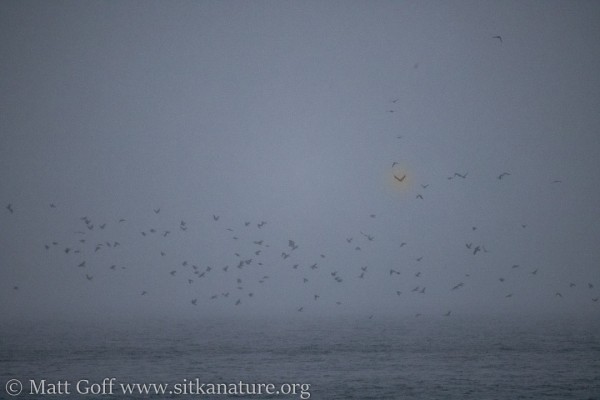 Coming across the bridge, I noticed a large flock of crows flying erratically about. Between paying attention to the road, snow falling, and trees blocking my view, I didn’t have as clear a look as I might have liked, but it appeared they were coming from near the entrance to Sealing Cove, and moving out towards middle channel.

Their flight reminded me of mobbing behavior, but I did not see any obvious target, and the direction of travel was similar to their nightly flight to roost. It was a little earlier than I would have expected them to be roosting, and the flight behavior was much different than I’ve observed, so I was a little puzzled. 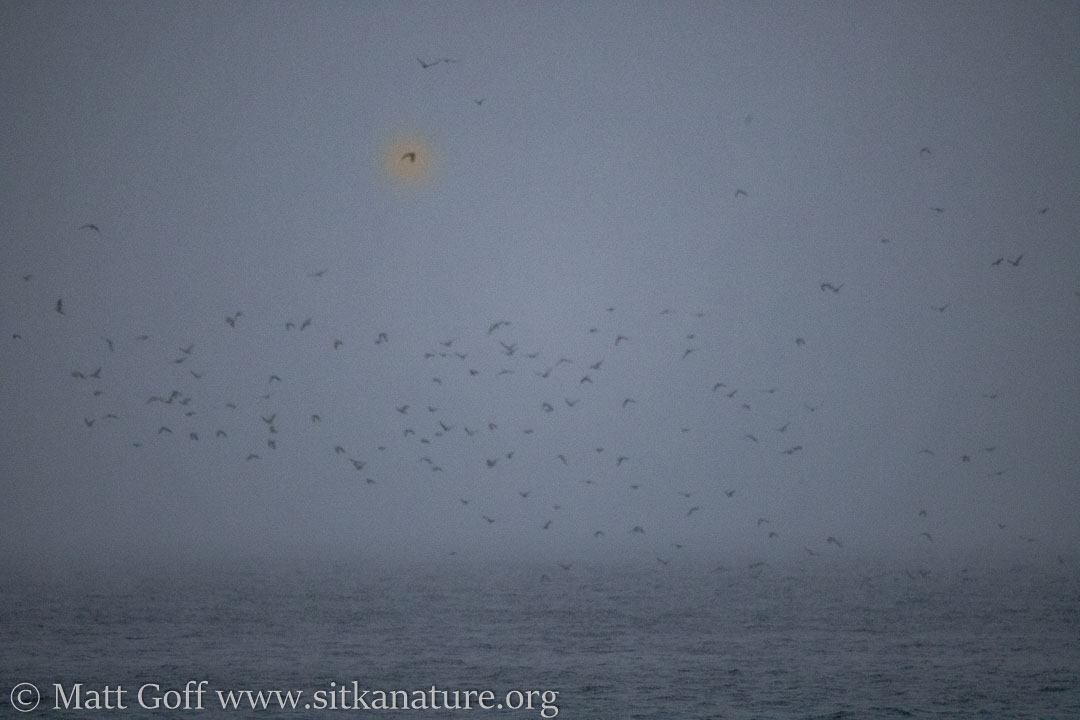 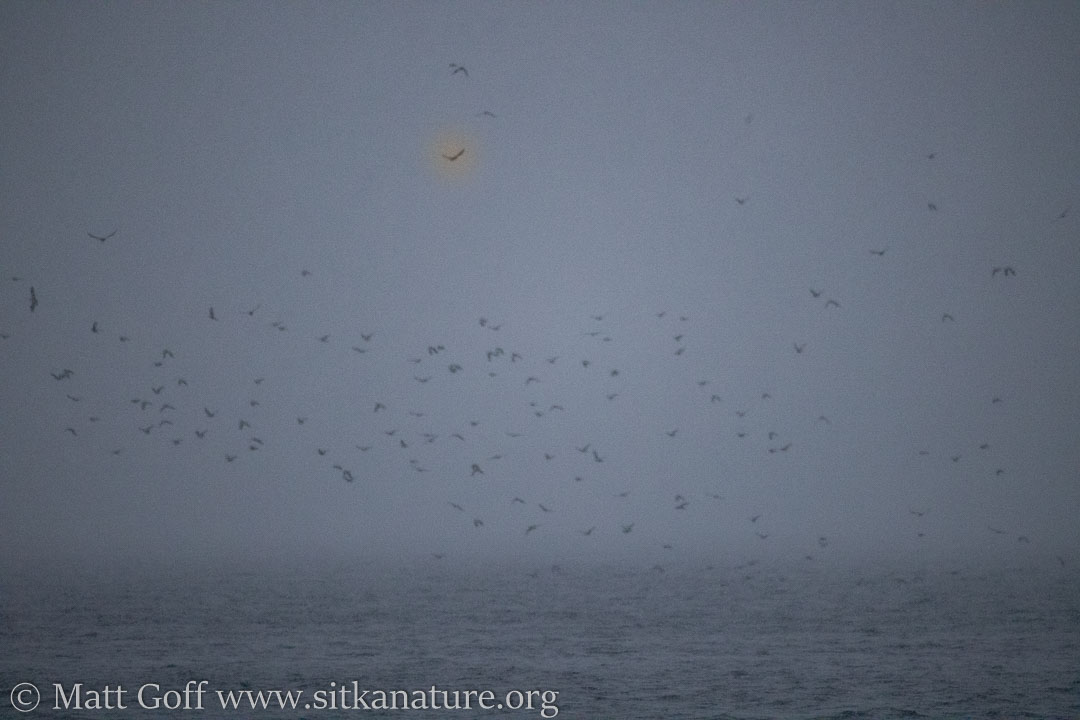 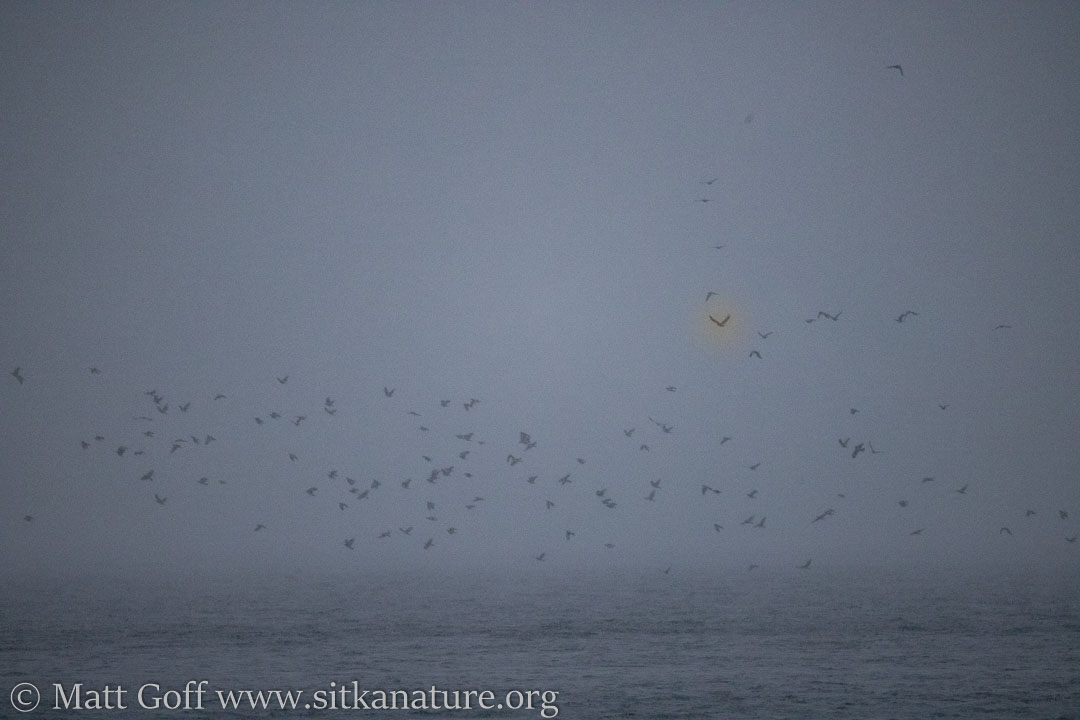 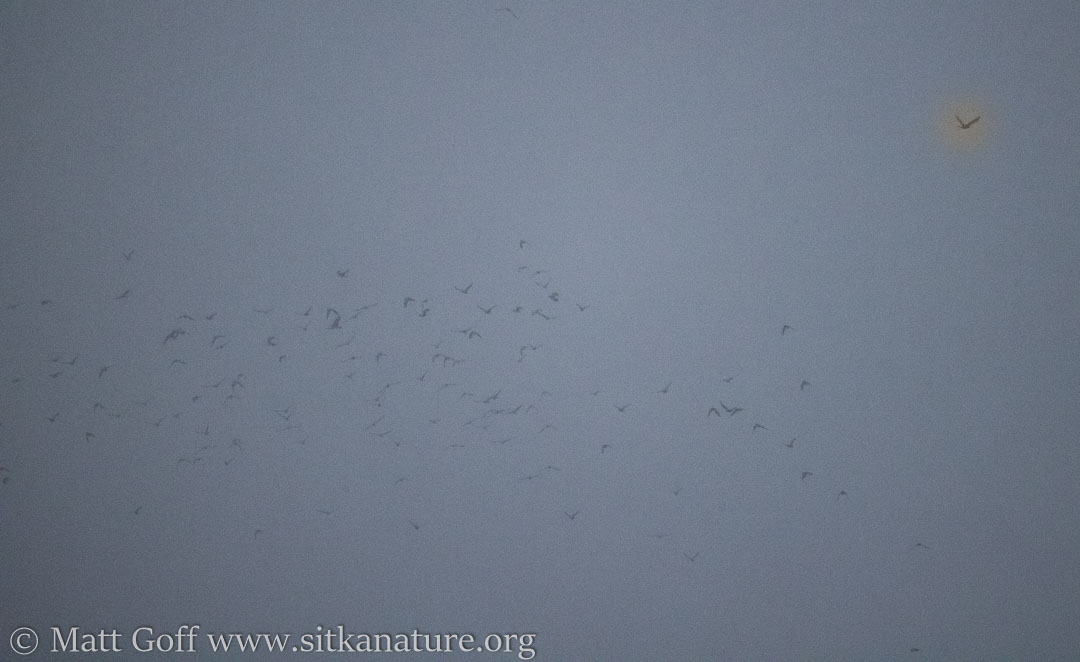 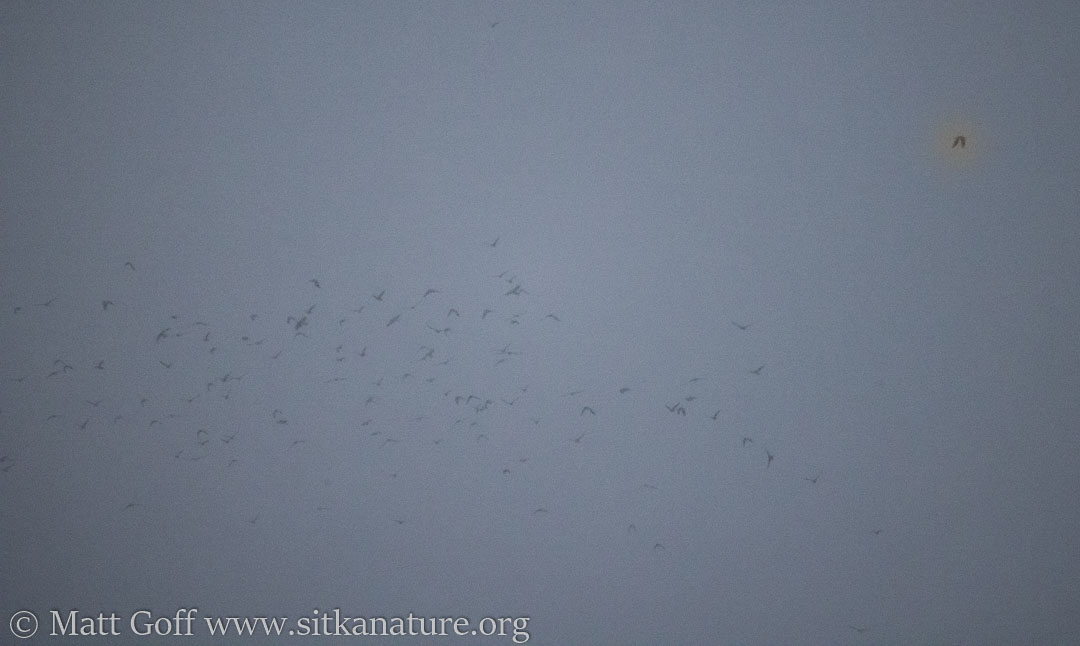 By the time I pulled out in the first parking lot where I could look back – they were disappearing into the falling snow. I took a few photos anyway, if for no other reason than to document the size of the flock (though I don’t think I managed to catch the whole of it). Reviewing my pictures, I could see there was a larger bird in the mix. Though I can’t tell what it is, I suspect it’s some kind of raptor and they were mobbing it. (My only other guess is a raven – but except during nesting season, I don’t think I remember seeing any hostilities between crows and ravens.) By the end of the photo series, the larger bird and crows have parted company, with the larger bird heading out towards the runway, and the crows across towards Galankin Island. 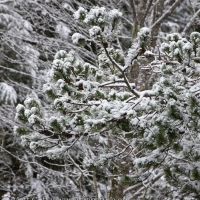 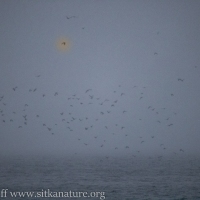 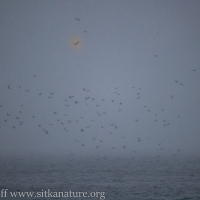 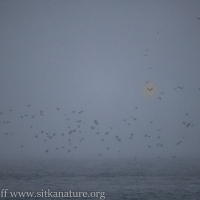 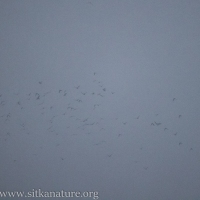 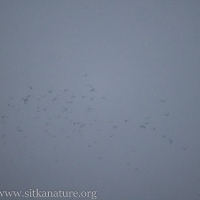 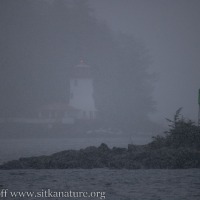 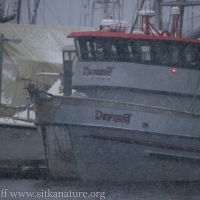 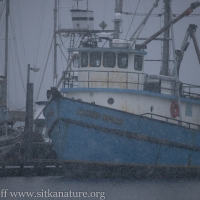