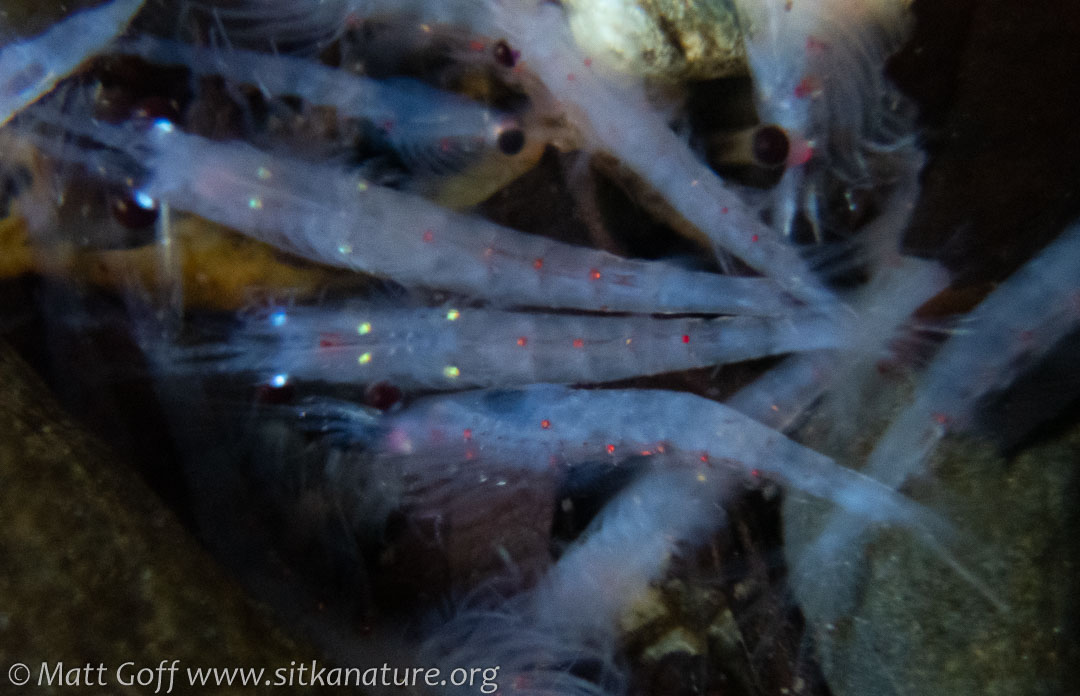 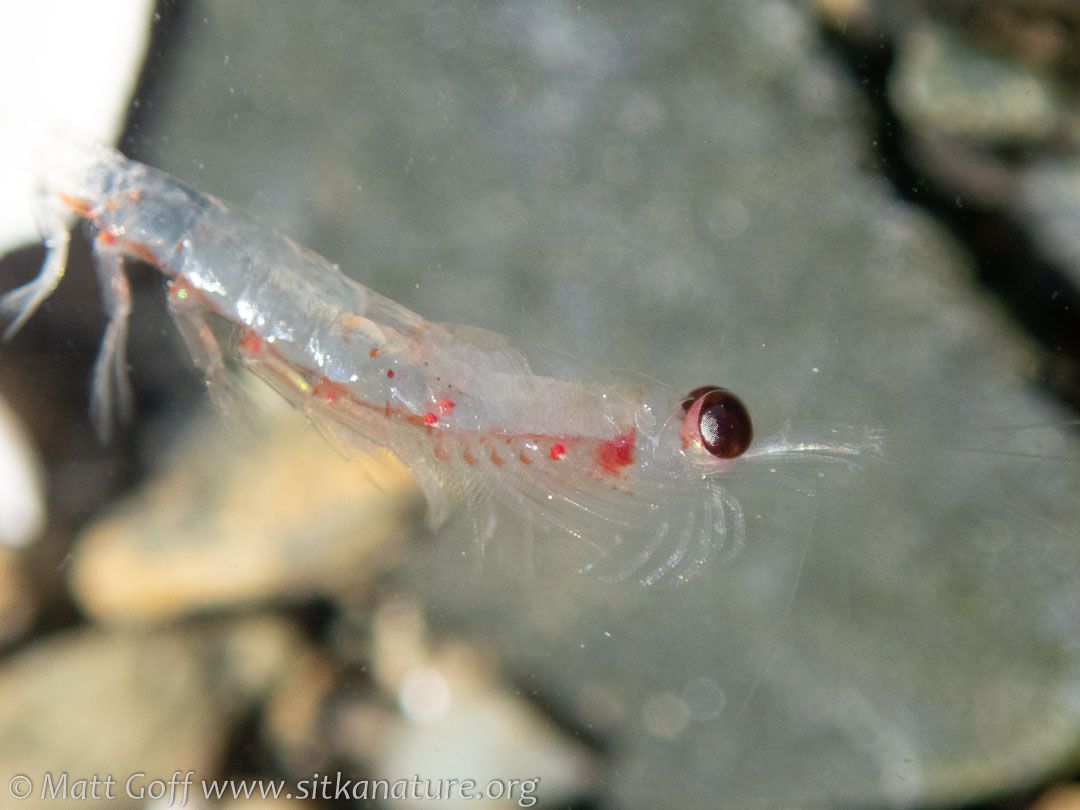 Back to sunshine again today, with a chilly wind blowing out of the northwest (or so it seemed to me).

I had plenty going on with calls for work, but Connor told me about seeing krill down at the beach. He had seen some earlier this year, but when I looked, I didn’t find them (probably just overlooked them). This time Rowan, he, and I walked down together and he pointed them out.

There were some still swimming in the shallow tidepools out in the flats, while others had been stranded in places where the water had disappeared. These dried out in the sun and wind, and given the largely transluscent appearance and small size, were easy to overlook.

Up near the river there was a deeper pool which had many hundreds (perhaps thousands) in it, and I could see bright colored dots on some of them. I wasn’t sure if it was bioluminescence or more of a reflection sort of thing. They seemed to disappear when more shaded by my hand, so I thought they were probably reflecting light. However, reading later, it seems those were photophores that actually produced light. I’m not sure if they can turn them on and off, and they turned off with the approach of my hand, or if something else was going on.

We saw several other individuals or small groups of people, and it seemed a bit less subdued than yesterday, no doubt in large part because people were wanting to take advantage of the sun while many things are shut down (traffic by my house seemed reduced).

Brown Creepers were singing on the river side of the loop.

I didn’t get out again until an evening run to the grocery store (shelves much more empty than I’m used to seeing, I think primarily due to a run on things over the weekend due to rumors of a barge shutdown). The few people in the store seemed to be stocking up on food (as I was, to a lesser extent). My reasoning was fewer trips to the store, the better during this time of social distancing – I suspect their’s was similar. 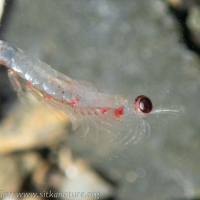 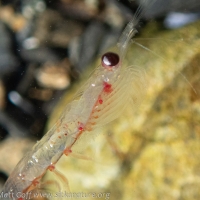 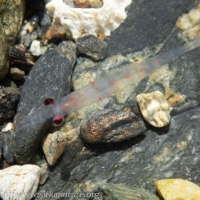 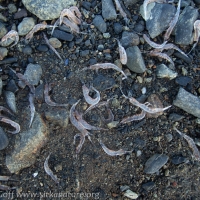 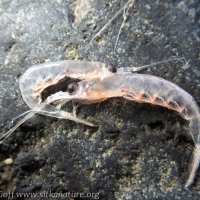 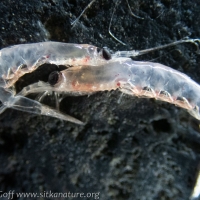 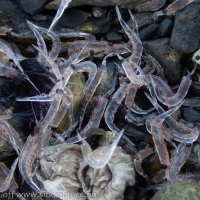 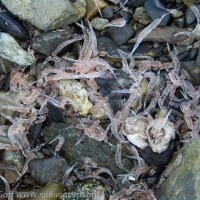 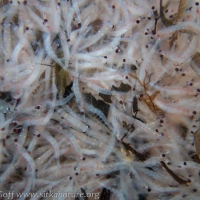 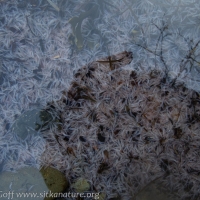 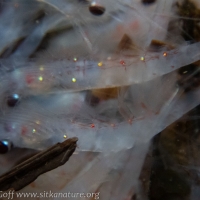 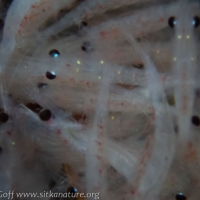 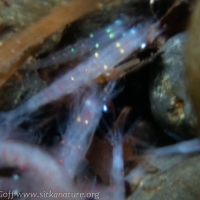 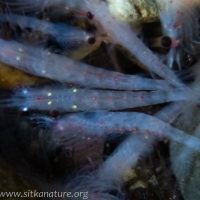 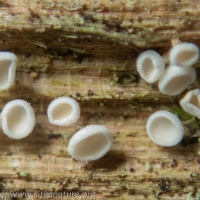 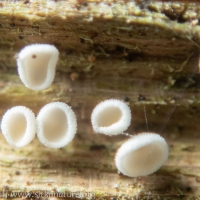 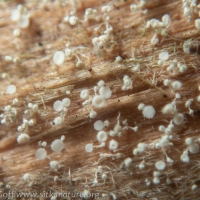