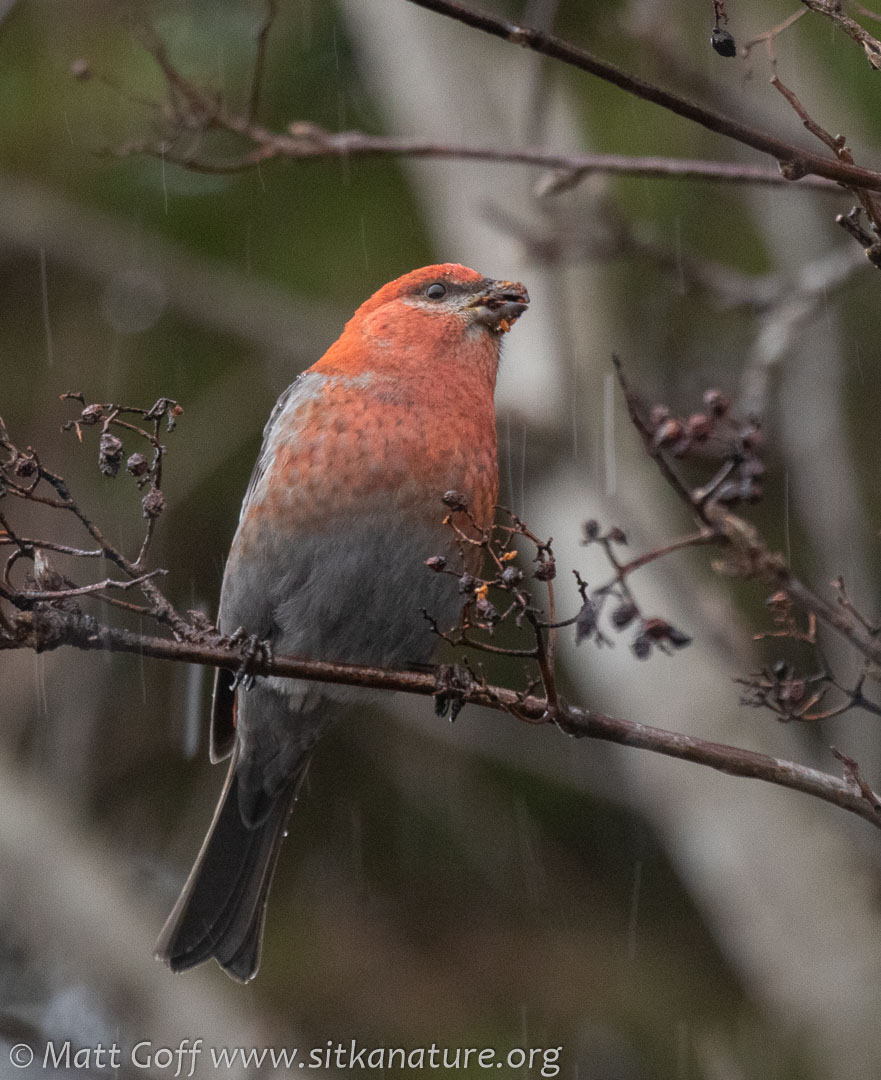 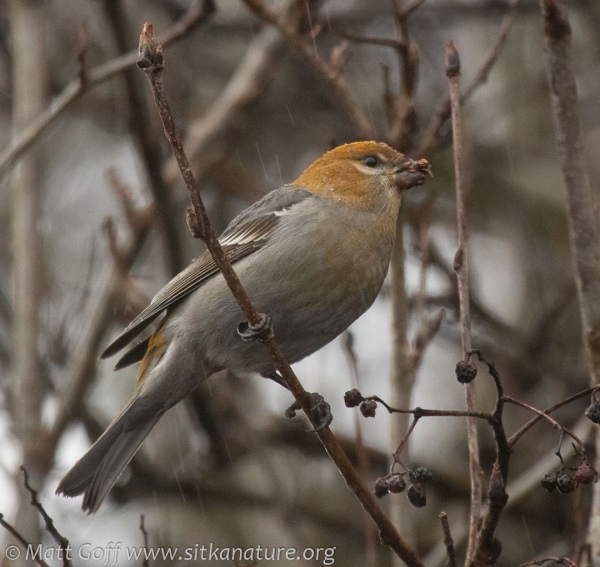 I took a short break from an otherwise full day to see Pine Grosbeaks KJ had reported near Sealing Cove. Although I got there during a rain shower, it was nice to get a look in better light than I had when I saw some earlier this year.

It’s been an exceptional year for Pine Grosbeaks in Sitka. In many winters as many as a handful of birds are reported at least once. This winter there have been ongoing reports of smaller groups, with at least one report of over 20. They seem to be focusing on the mountain ash and crabapple trees where. I think they are focused on the seeds rather than the fruit, so don’t mind that the berries are pretty much dried up and/or rotted away. (In the past I’ve seen them eating remains of salmonberries in the winter.)

I recorded a conversation with Zach L. for this Sunday’s radio show.

This evening was the Banff Mountain film festival. As usual, there was an interesting mix of films. None of them stood out to me as especially compelling (for me), but that may have had something to do with the long day and how tired I felt. 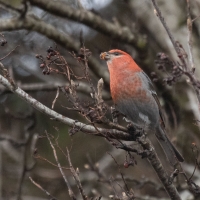 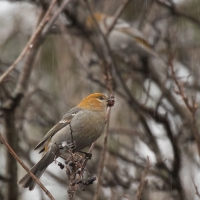 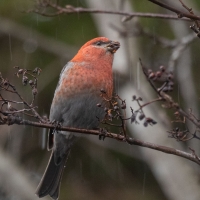 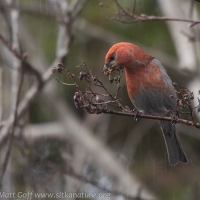 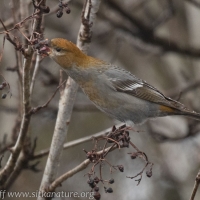 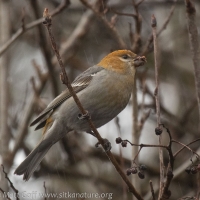