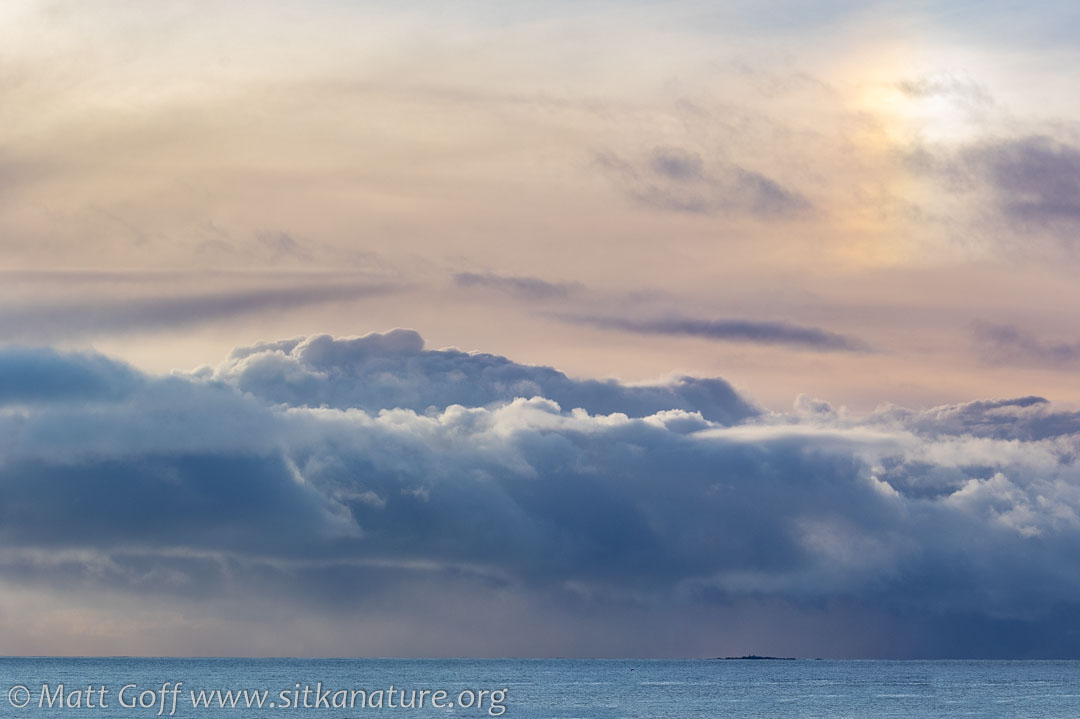 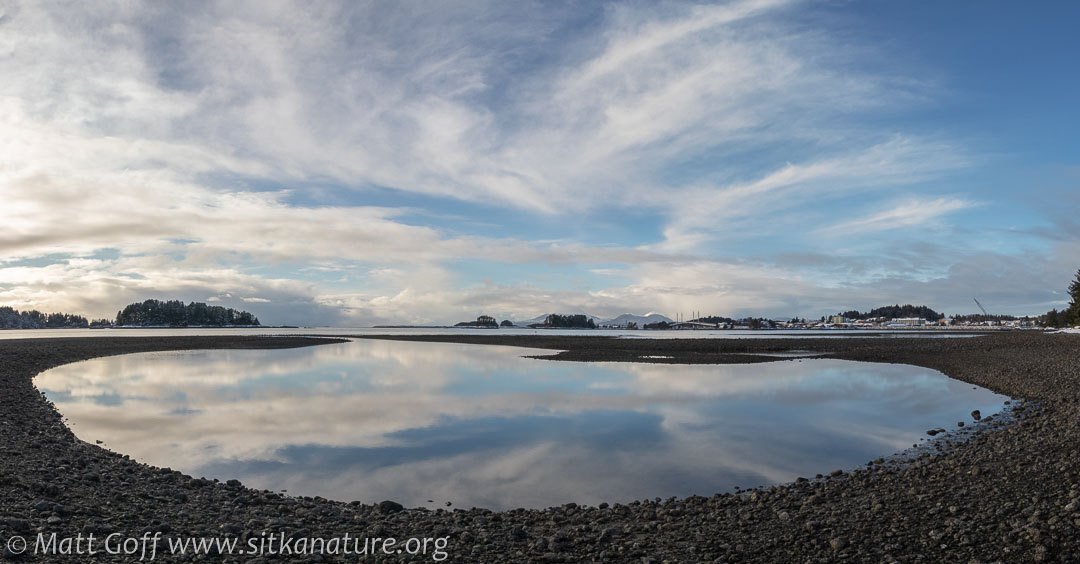 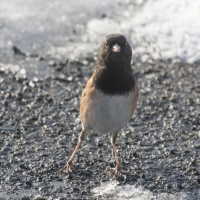 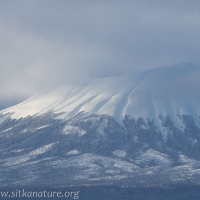 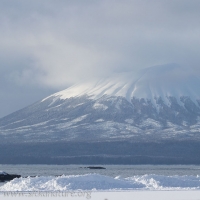 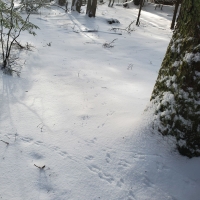 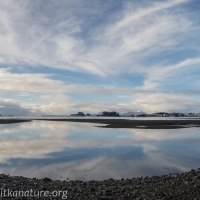 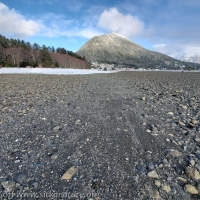 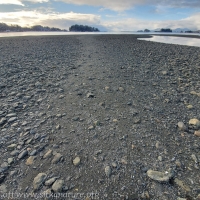 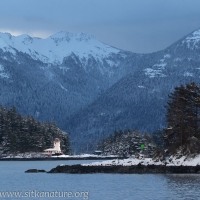 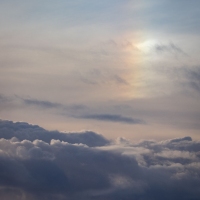 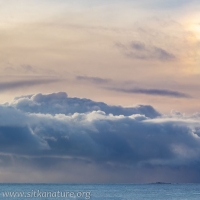 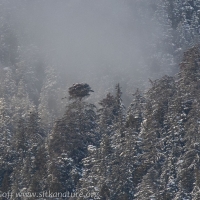 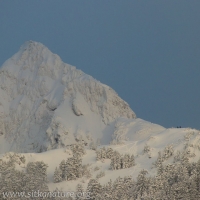 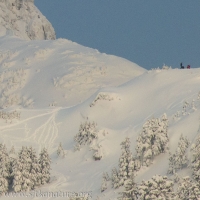 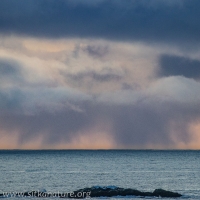 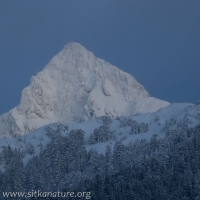 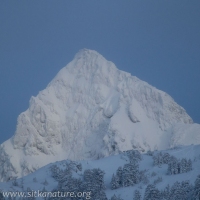 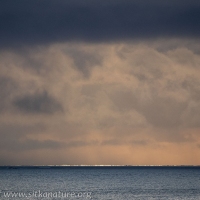 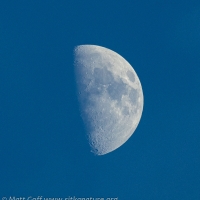 Yesterday evening’s snow showers had given way to partly cloudy skies this morning. An additional couple of inches had accumulated overnight. I didn’t measure, but it looked like maybe 6 inches total in places where snow had not been disturbed. (Harbor Mountain was up to approximately 6 feet at the weather station).

It was approaching midday when I got out of the house. Before driving anywhere, it was necessary shovel out part of the driveway – an activity my body let me know it was not used to (especially my back).

Kitty and I took a drive out to look at Starrigavan, then I dropped her off at the harbor to take care of snow, and I went over to the airport to see about getting a picture of the nice light on Mt. Edgecumbe.

Afterwards, we walked part way around Totem Park. Although we didn’t see it, a magpie had been in the estuary earlier in the day.

Once again there were many Varied Thrushes in the forest. There were many more in the estuary (and some well out on the beach) where the tide had washed away snow.

I continue to be curious about the bands of finer material that pile up in bands in a couple of different places on the tide flats. I ended up using them to walk out on the beach sometimes, as it’s easier walking than on the fist to head sized cobbles that make up much of parts of the flats.

I was also curious by the the almost scoured looking appearance of part of the beach. I don’t remember seeing it look like that before, but it’s hard to figure out what exactly I was seeing. I’m guessing it might have had something to do with the stormy weather last week, though.

Kitty let me know there were Brant in Sealing Cove, so I went back there later this afternoon to see them. It’s not typical for Brant to winter here, but they have done so before.

When I was headed over the bridge to Sealing Cove), I saw a nice sun dog over Vitskari. If there had been a place to pull over, I would have done so. By the time I got back (after checking out the Brant), the sun dog didn’t seem quite as bright, though I still was able to get a picture.

I spent the next little while watching and taking pictures as the sun went behind a squall out over the south part of the sound.

I heard a flock of Surfbirds down below the bridge and was able to see them along the shoreline on the Japonski Side.