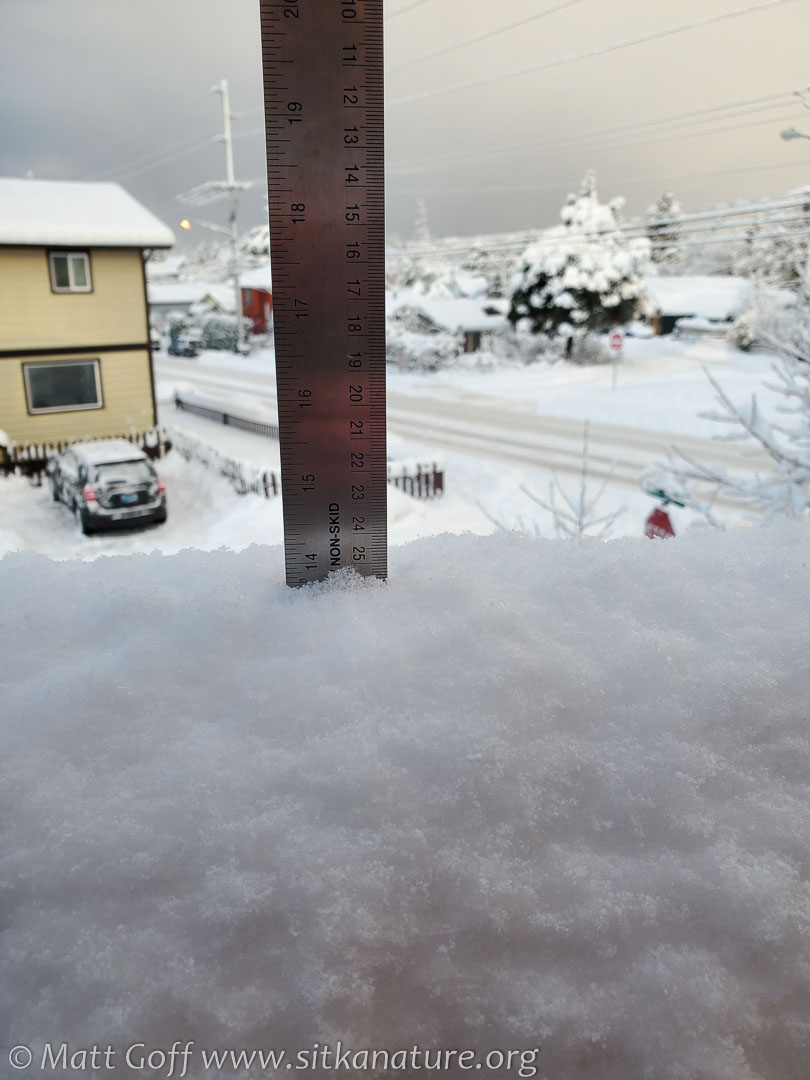 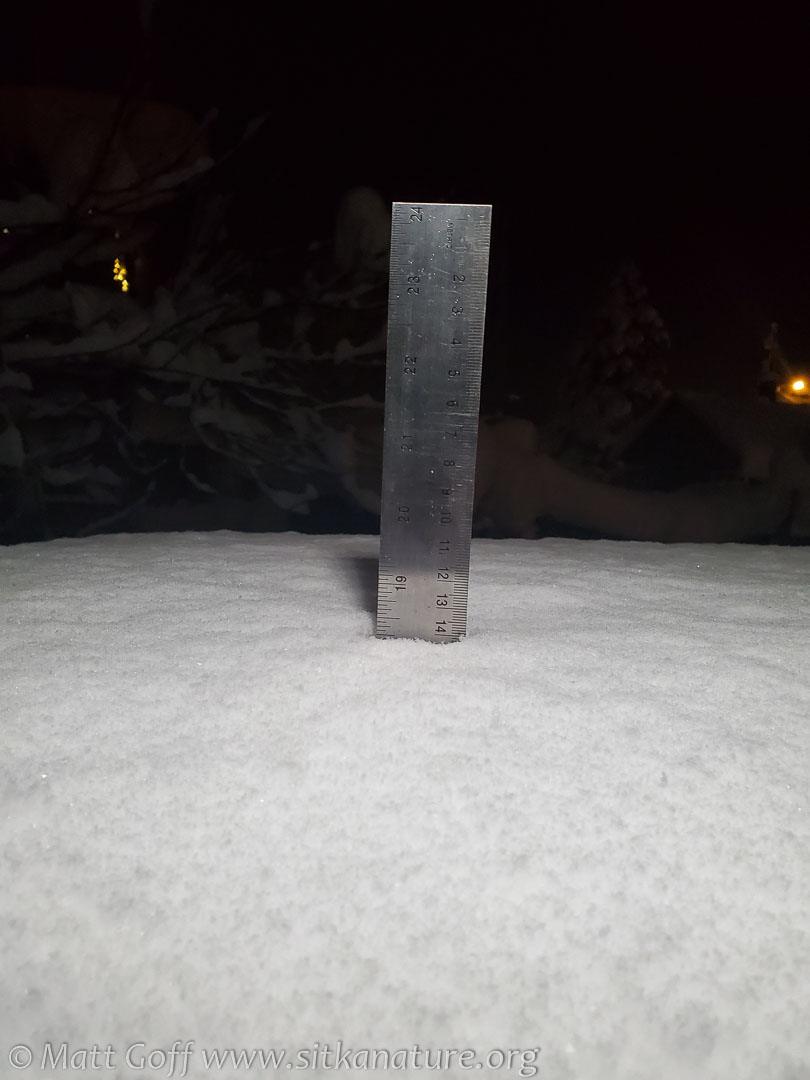 Snow continued with 14 inches on the rail this morning. Connor told me there were 15 inches in the yard, I think it got deep enough that the rail wasn’t wide enough for the snow to continue accumulating depth as much.

I saw a report that the bluebird was seen at the airport around midday, and I decided to drive over this afternoon (as I needed to stop by UAS, anyway).

I ended up getting stuck in the turnaround area by long term parking. Unfortunately I didn’t have a shovel, so used an ice scraper to scrape down to the pavement repeatedly. With the help of a kind stranger, I was eventually able to get out.

It was good to find out the car can’t handle too much, as the snow wasn’t especially deep, just a bit soft. I think the tires probably were a significant contributing factor (lack of much tread). 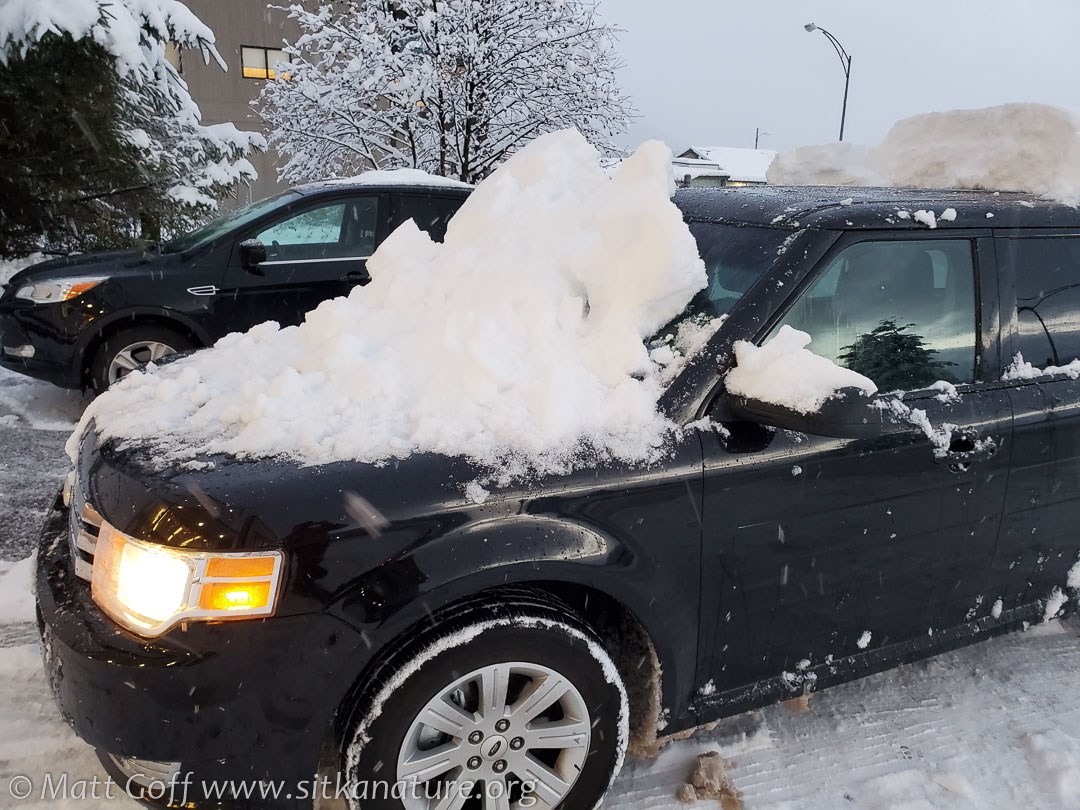 I also discovered that if the car has a chance to warm up sufficiently, it’s not a good idea to leave the 12+ inches of snow on the roof. A big chunk slid down my windshield as I was coming down the bridge. Too big for the wipers to clear (earlier small chunks had been dealt with by the wipers with no problem), the bridge is no place to stop and get out of the car if one can help it, especially with snow piled up alongside the road. I rolled down my window and stuck my head out, driving slowly to where I could pull into a parking lot and get the snow moved.

There was some very nice lighting this afternoon (and probably earlier), and of course the deep snow is covering everything. It would have been a nice day to spend a bunch of time out taking pictures (though sometimes it can be tough to decide where to go – especially since conditions aren’t always conduicive for getting there).

Forecast for the weekend continues to suggest the coldest weather we’ve seen since 2012 (that’s the last time we saw a daily high stay below 20F). It looks like it may be the second longest streak, with a nearly decade long stretch from late 1995 through early 2004, being the longest on record. 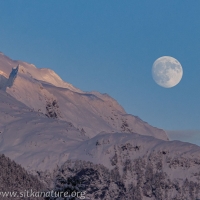 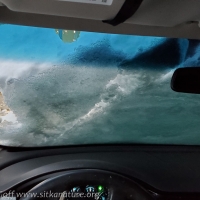 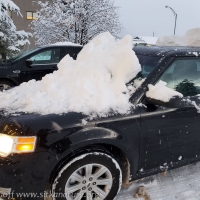 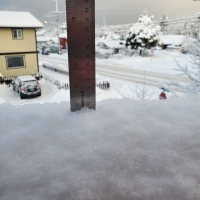 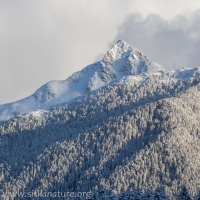 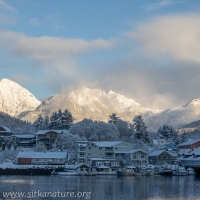 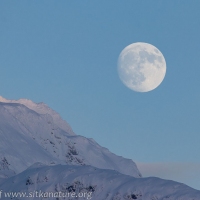 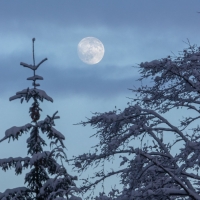 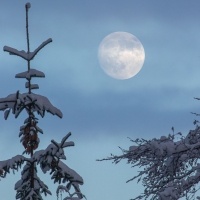 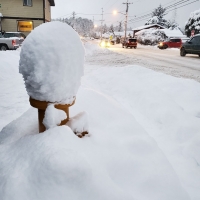 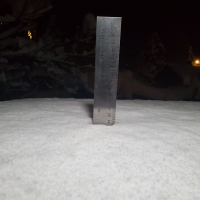 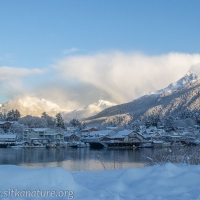 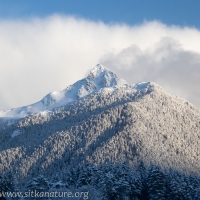