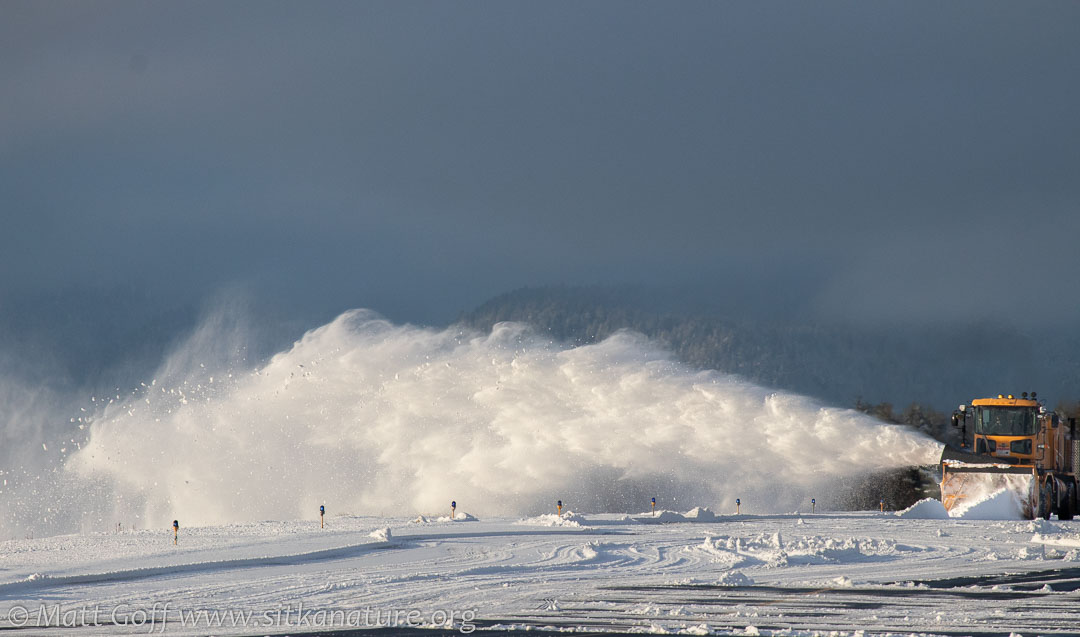 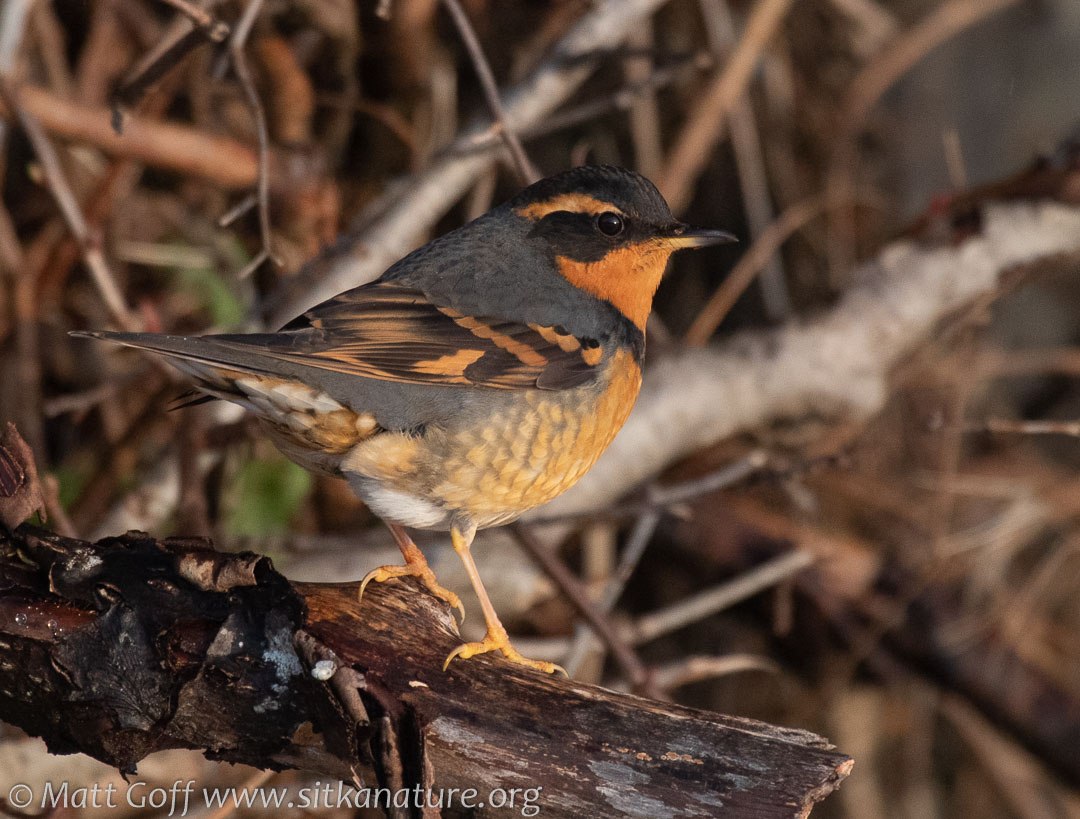 There were occasional (mostly light) snow showers during the day, but some extensive stretches of sunshine, as well.

Winds were mercifully calm during my time outside this afternoon, and the low angle sun felt nicely warm when I was facing it.

I had a call that took up much of the morning, but after lunch I took a second call while out at the airport.

I spent a bit of time standing on the weedy berm near the fence, but did not see any sign of the bluebird (which Connor had seen yesterday briefly).

I did enjoy the look of the snow being blown off the runway – the bright white against darker gray background, and the way the smaller particles swirled off.

I later walked over to Lazaria Drive and was able to see the American Tree Sparrow, among other birds (though I didn’t see a Lincoln’s Sparrow which had been there earlier).

Unlike previous days, Pine Siskins seemed to be in short supply. I’m not sure if they have started to move on, or if I just didn’t happen to cross paths with them today. (A couple of days ago, the Parkers found a Common Redpoll in one of the flocks – so I’ll try to keep my eyes open for them, if/when I run into any siskin flocks).

With the tree sparrow found, I’m now down to the bluebird, Red-winged Blackbirds reported at Starrigavan on Sunday, and a couple of probable Redheads reported at Totem Park today. (Snow Buntings would be a nice bonus, if they’re still around.)

Temperatures later in the week are forecast to get down into the teens. It should easily be the coldest weather of the winter so far. If the cold persists for a few days, I may try heading up Indian River to see what’s frozen. 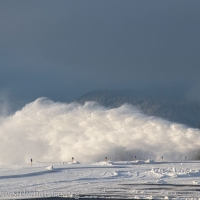 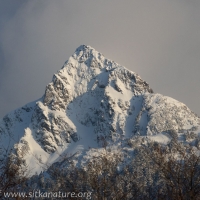 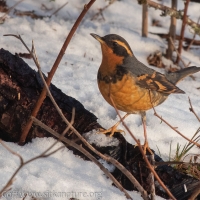 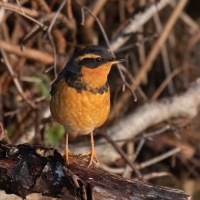 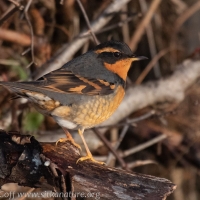 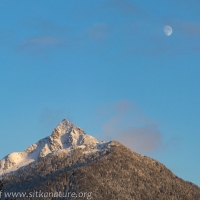 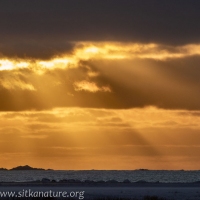