I continued my streak of new species uploaded each month (starting in December 2015). As I anticipate finishing up with old photos this winter, I suspect the streak may end by this time next year without some dedicated effort to find new things.

Today was generally overcast with some snow falling this afternoon.

After being up entirely too late last night, I slept in this morning, and spent the rest of the morning working on various things that needed doing before lunch.

Connor let me know that David K. had seen a Snow Bunting fly by while at the park, but they were not able to refind it.

I looked briefly at the airport this afternoon, but didn’t give it much of a chance, as the front end loader was running at the gravel pile, so it didn’t seem like a good time to go to where I could see over the fence more easily.

The temperature warmed up to a little above freezing during the day, but it was still cold enough for precipitation to fall as snow later in the day. 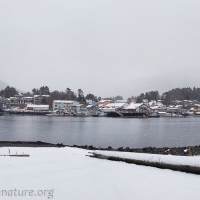 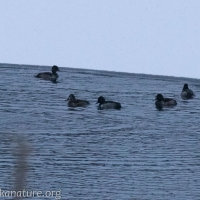