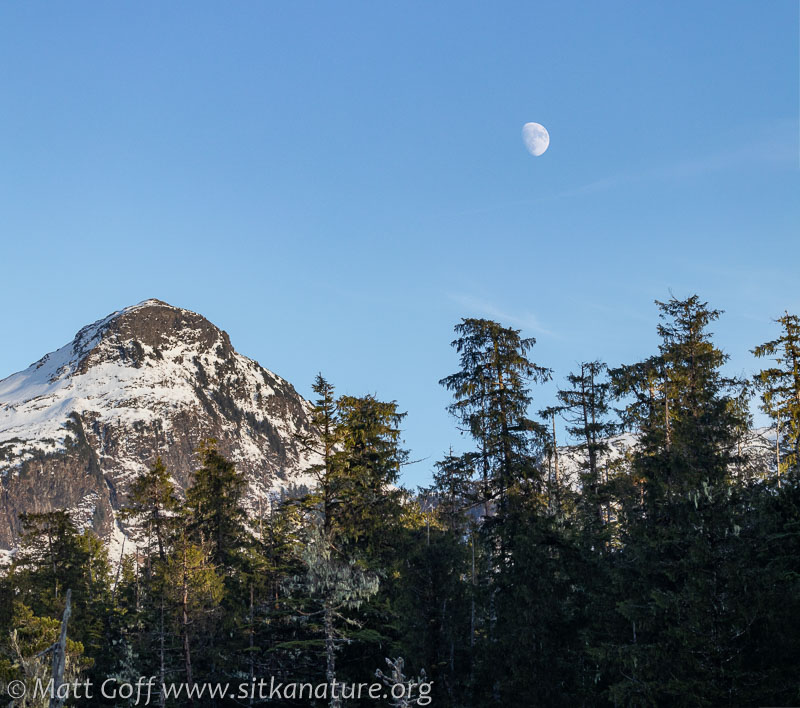 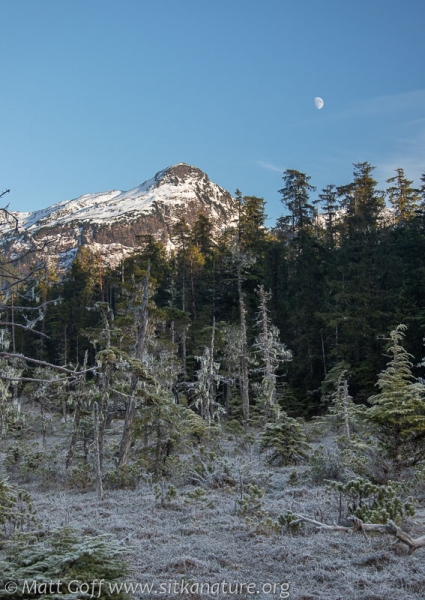 I took Rowan with me today to take care of the ibuttons up Indian River valley, but decided to check the waters out by the Industrial Park first since there had been a report of a Thick-billed Murre near Sawmill Cove.

Thick-billed Murre is an unusual species to be seen close to town (though they do nest on St. Lazaria).

We did see several birds swimming in Sawmill Cove, but no sign of the any murres.

Indian River valley was frosty in the open areas (and there was a stick with hair ice on it at the beginning of the trail), but the falls fork water was not especially close to freezing at 37F. The west fork was 43F – which is not unexpected, as the lack of freezing during prior years has led me to suspect it does not get especially cold through the winter.

The nice thing about visiting in during the winter when it’s relatively cold out, is it’s easier to avoid getting wet feet (for someone like myself who prefers not to wear boots) in the muskegs. 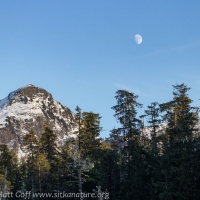 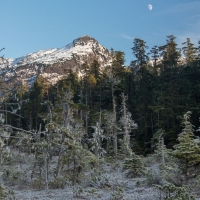 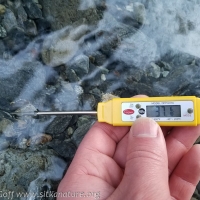 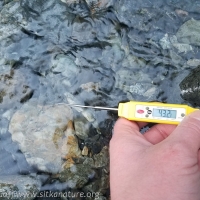