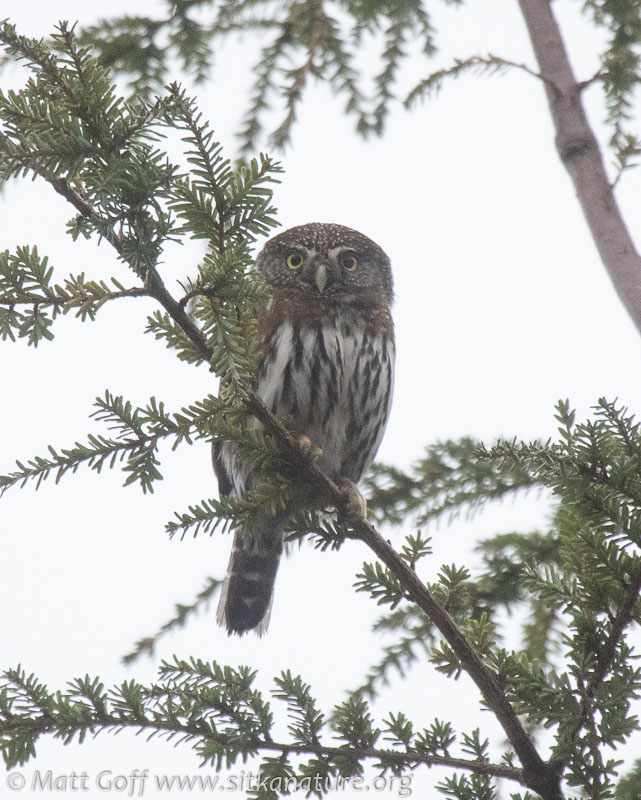 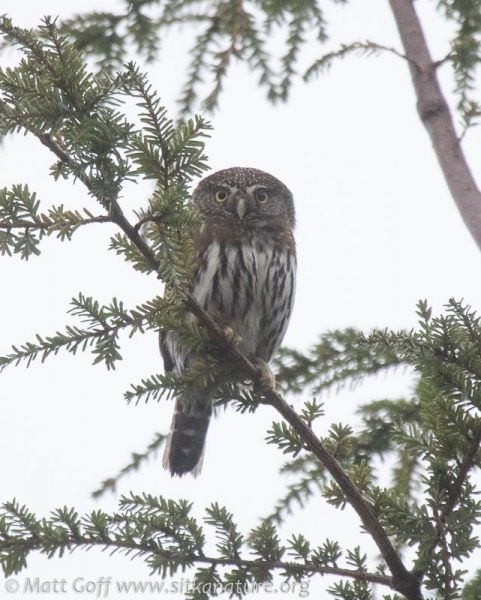 Today was heavy overcast with periodic rain, though never too hard. Winds where I was seemed to be light. There was quite a bit of fog hanging over Swan Lake – I’m assuming due to cooling of the saturated air by the ice that remains on the lake.

Kitty needed to collect some mosses, lichens, and ferns for her students to use in lab during the upcoming semester, so I tagged along on the gathering trip.

While we were in the neighborhood of Indian River, I wanted to check out the river flow near the trailhead. My dad had told me that what used to be the main channel was now gravel bars, and the bulk of the water was flowing next to the forest near the trail, while there was another channel on the far side, as well.

Despite knowing what to expect, it was still a little surprising to see the former channel without any water – it’s clear that over the years the river has moved around quite a bit in this area, but for as long as I can remember visiting, the main channel was more or less in the same area with some minor shifting going on, but I don’t think it had ever completely jumped channel so significantly in the past 20+ years.

With conditions not that great, I decided not to take any pictures on this trip, but will probably try to get back there before too long to document it.

On the way in from Starrigavan, Kitty spotted a Northern Pygmy-Owl in the top of a tree at the side of the road. She pulled over and I was able to take a few pictures of it. 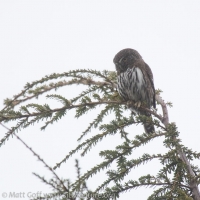 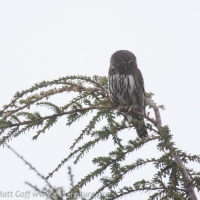 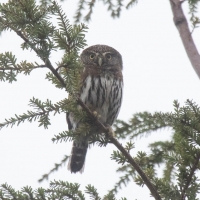 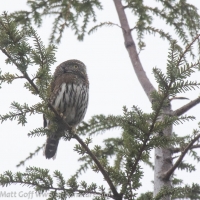