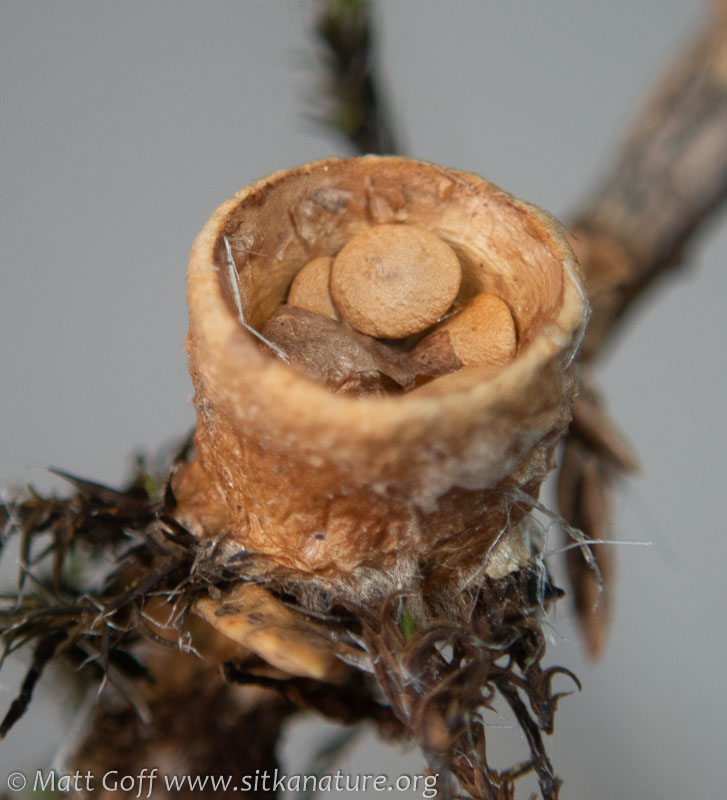 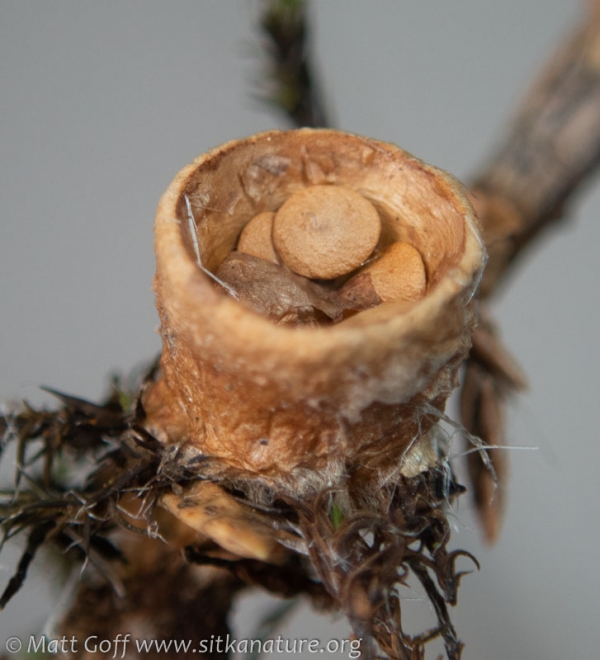 I was a little surprised to look outside at first light and see that it was cloudy. The last I had looked at the forecast, it called for sunny skies to continue, but the new forecast today was calling for a chance of snow today and tonight, with clear skies returning tomorrow.

It did end up snowing a little bit during the day, but only just enough to cover the ground.

I spent some time this evening photographing a collection I had gathered last month of a bird’s nest fungus (Crucibulum sp) that was new to me. There seems to be some disagreement about the name – apparently the most commonly used name (C. laeve) is invalid, but many still use it anyway. According to Mushrooms of the Redwood Coast, the better name would be C. crucibuliforme. 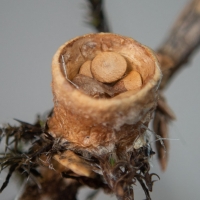 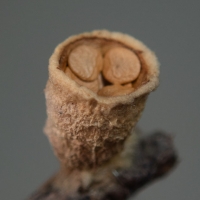 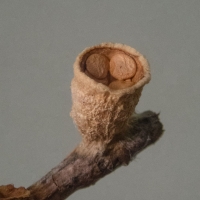 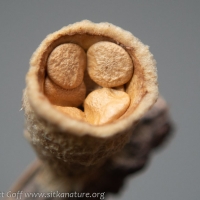 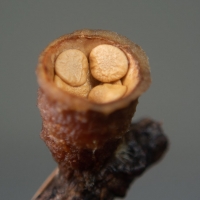 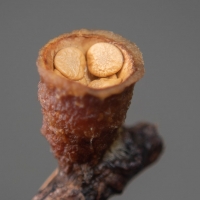