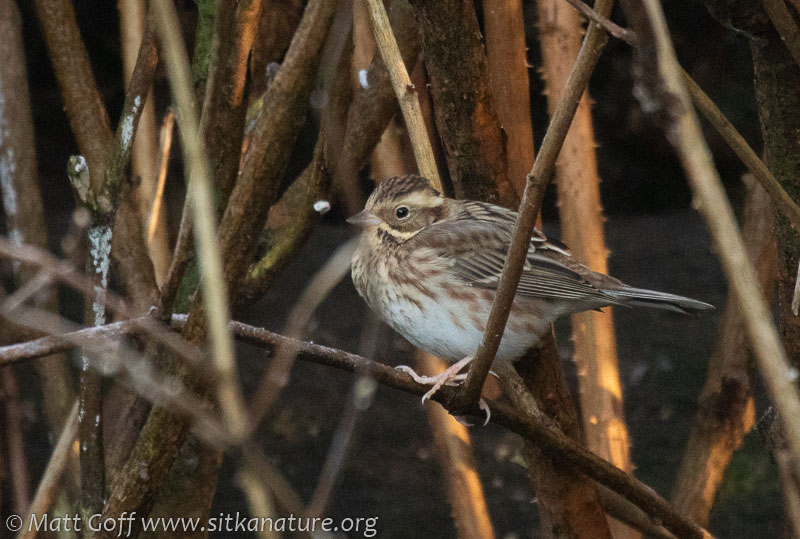 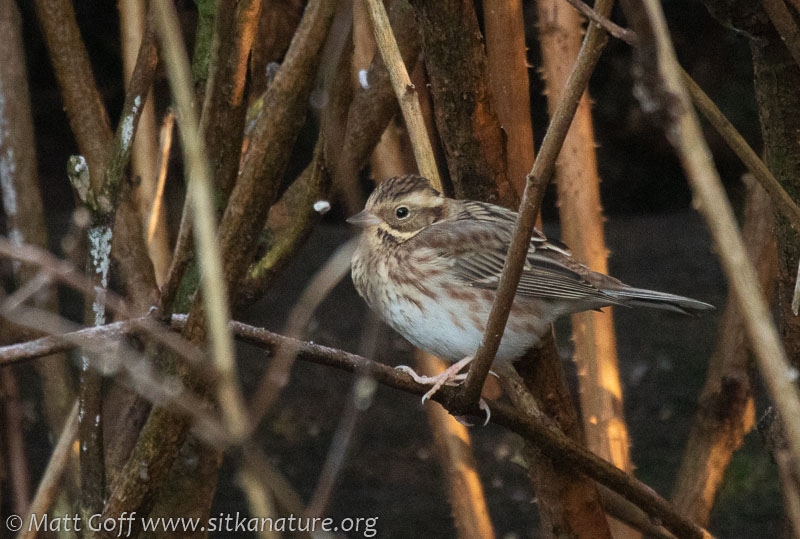 I took some time today to go look for more of the unusual birds that have stuck around into the new year.

I arrived at the location the Rustic Bunting has been frequenting, and was a little surprised to see it moments after I arrived. Unfortunately, I was not really ready for it, and during the time it took me to get my binoculars and camera out, it disappeared.

I ended up waiting for most of an hour before it returned. I passed the time in part by photographing other species visiting the feeders (more photos of those can be seen with the iNaturalist observations linked below).

The Rustic Bunting seems to be significantly more wary than most of the other birds, taking it’s time, stopping to watch and wait multiple times before finally dropping down to the ground where food was (but even then, it stayed behind the barriers in a more protected spot on the ground, rather than feeding directly from the feeders where there was more abundant food). When it had appeared shortly after my arrival, I suspect my rummaging around actually prompted it to leave again.

From there I went to Swan Lake, where only a small opening remained near the peninsula. With freezing temperatures forecast to continue into next week, there is a good chance the coots won’t be around much longer. 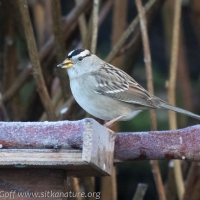 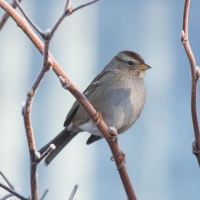 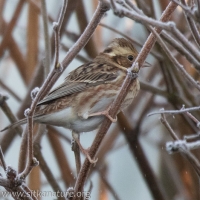 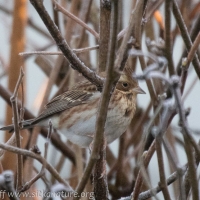 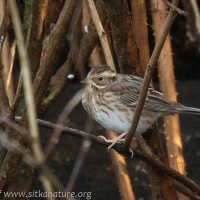 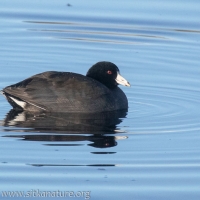 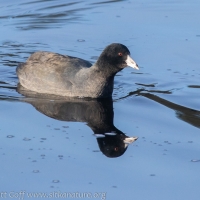 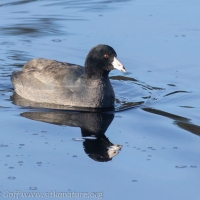