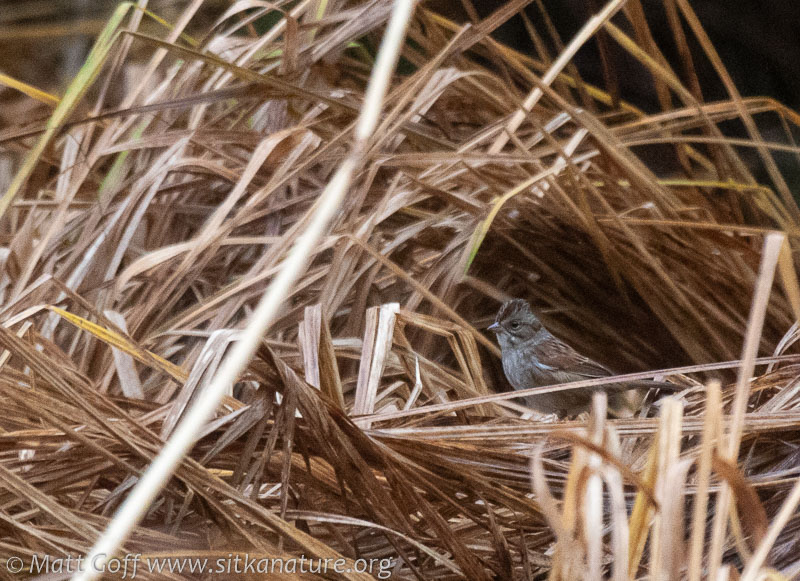 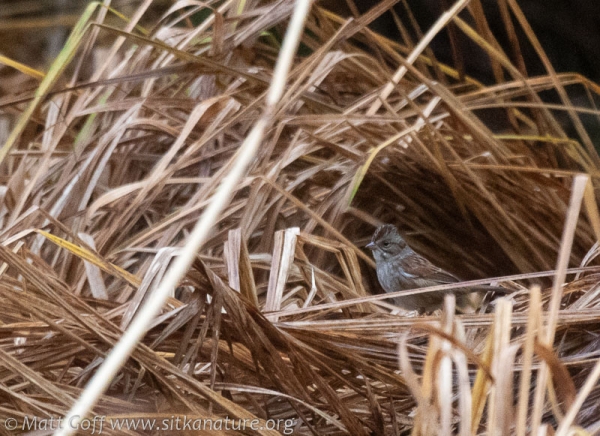 Connor texted me this morning to let me know he had seen a different looking bird at Moller Park, but it had flown off before he could get a good enough look at it to sure what it was.

A little later he followed up to let me know there were also a couple of Swamp Sparrows along the track near the Path of Hope.

I figured it would be worth looking for the Swamp Sparrows and mystery bird, but before I made it down there, Connor let me know the mystery bird had flown back and was a Palm Warbler (it’s been a good fall for them, it seems).

Early in the afternoon I was joined by a friend and we went to look around. It took a little while, but we were able to find two Swamp Sparrows calling down in the marshy area below the Path of Hope.

I followed them around a little bit trying to get a picture until they moved to the marshy area at the upper end of the lake. While following them, I think I heard a third Swamp Sparrow calling from across the lake. 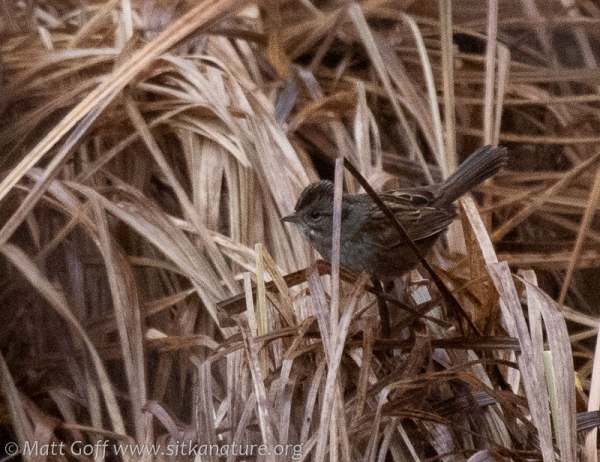