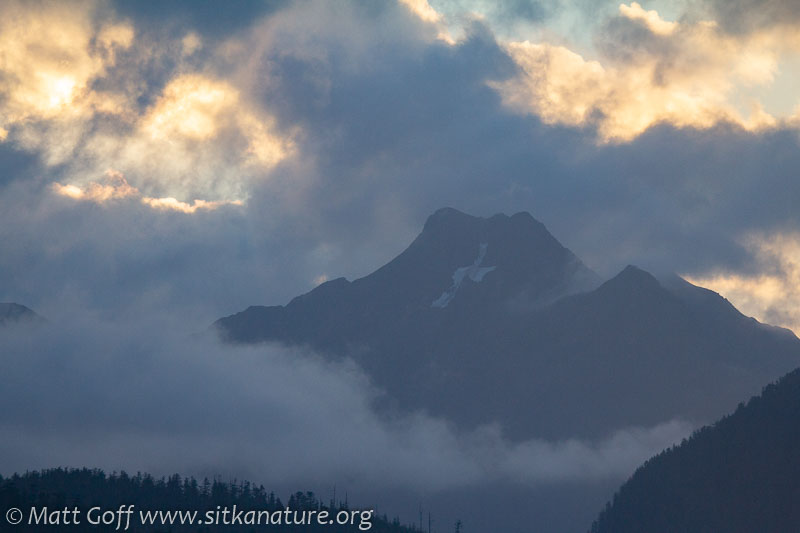 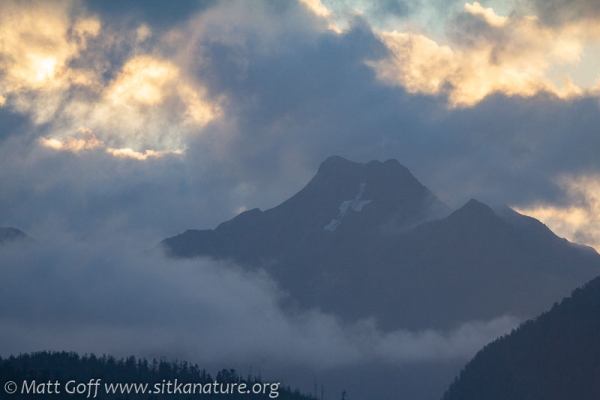 Connor saw a warbler yesterday evening along Jarvis Street that he thought was different and could be a Blackpoll Warbler. Unfortunately, he didn’t get very good photos, as his camera was focusing on the background instead of the bird.

I went out to look for it, but by the time I arrived, they the loose flock of birds had apparently moved through the alders over towards the raptor center. I found Connor over there, and did hear some warblers chirping in the trees. Connor had not been able to find the different looking warbler again, but did tell me there were some Yellow-rumped Warblers, and they had started to move back towards Jarvis Street.

We walked down behind the public services compound scanning the alders, and Connor showed me where he had originally seen the bird. During this time the fading light was dimmed further by a heavy cloud and a solid rain shower coming over.

This morning I got up to take a look around Jarvis Street a little before 8. There were broken clouds, and the sun was still behind the mountains. I poked around in the trees off Jarvis Street behind the city shops area and did get a brief look at some birds, including one I think was an Orange-crowned Warbler, before they moved off.

I went over to Raptor Center drive and found Yellow-rumped Warblers there in the area they had been yesterday evening. They didn’t stay in one place for long, but also did not seem to move far.

While there, I noticed an unexpected call and was able to track it down to a Downy Woodpecker high up in an alder tree.

I went back out a couple of times later in day, and was able to consistently find Yellow-rumped Warblers, but the only other warbler I saw there was a Townsend’s Warbler in the afternoon. 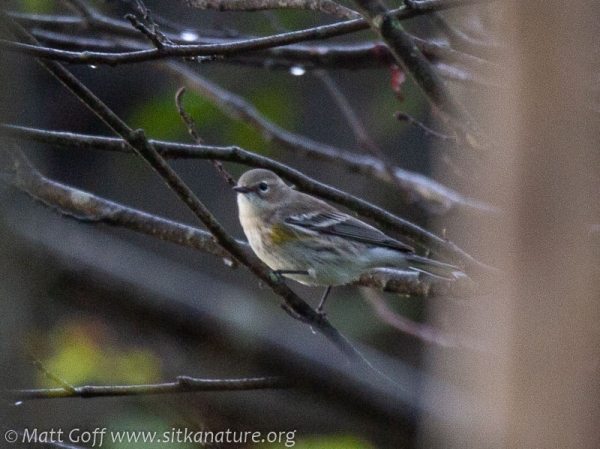