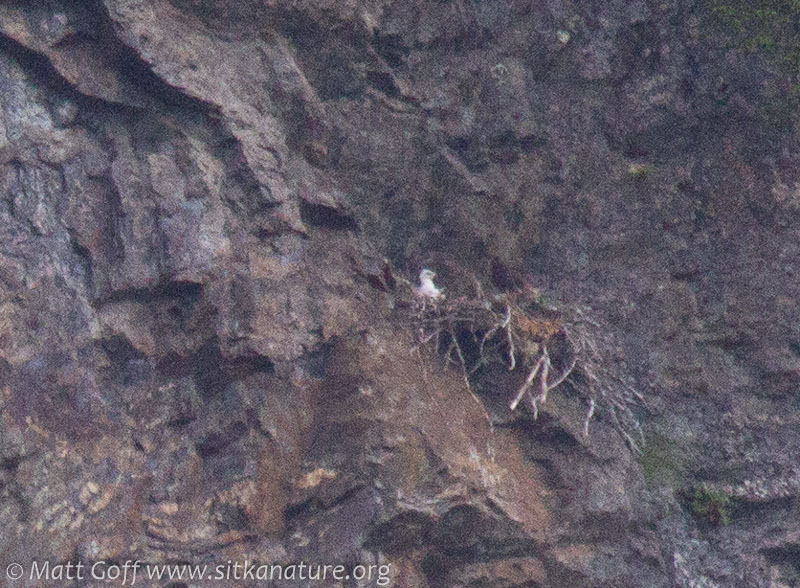 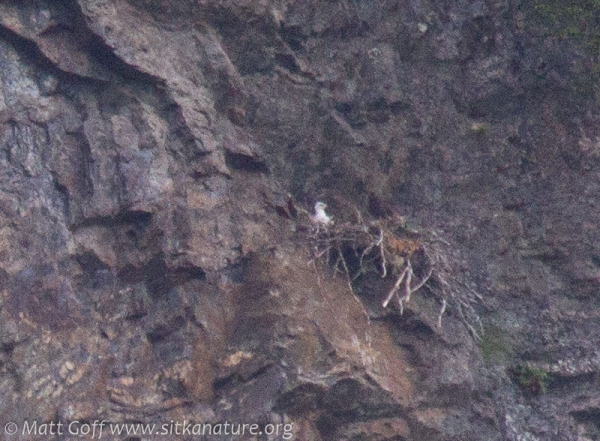 Late last week, Eric and Cathy Parker reported seeing a raptor and hearing calls that were probably a Golden Eagle. Yesterday Chuck Susie found a nest on the cliffs above the west end of Blue Lake, and today was able to confirm that it was in active use by a pair of Golden Eagles. He is checking with others, but is thinking the young are around 10 days old – which would suggest the eagles have been nesting there for over a month.

Given the lack of the bigger small mammals that I understand Golden Eagles tend to prefer, I was wondering what they could be eating here. I heard from biologist Steve Lewis (who is doing some work with Golden Eagles in the state), that given the prey animals on Baranof, it’s most likely they are going for ptarmigan.

The nest is visible from the parking lot at the end of Blue Lake Road. It is well up on the cliffs, and though it is visible with binoculars, a spotting scope is definitely recommended.

While I was up there this evening, I took some photos to document where to look for the nest.

These photos were taken from the cement and metal bench closest to the dam at the little lake overlook viewing area. 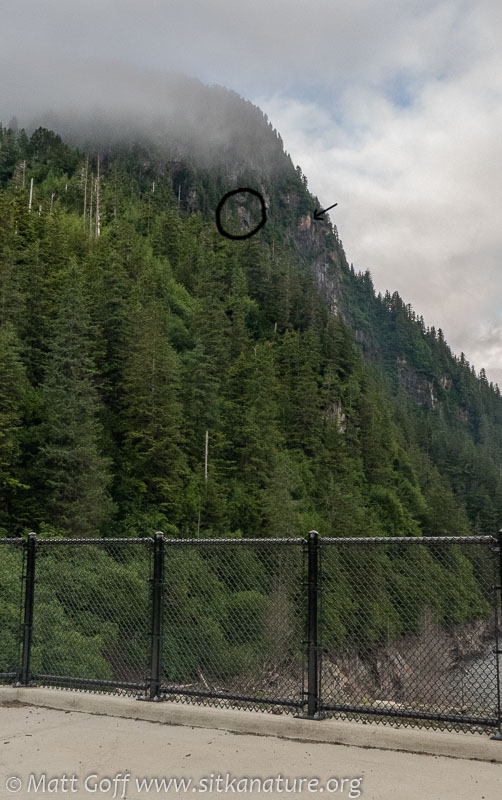 Wide view from the bench – circle is where the nest is, the arrow points to a prominent orangeish rock face. 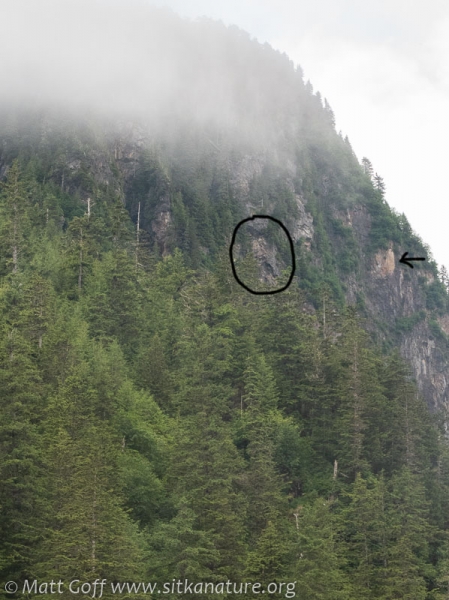 Zoomed in a bit – circle is where the nest is, and the arrow is pointing to the same orange-colored rock face. 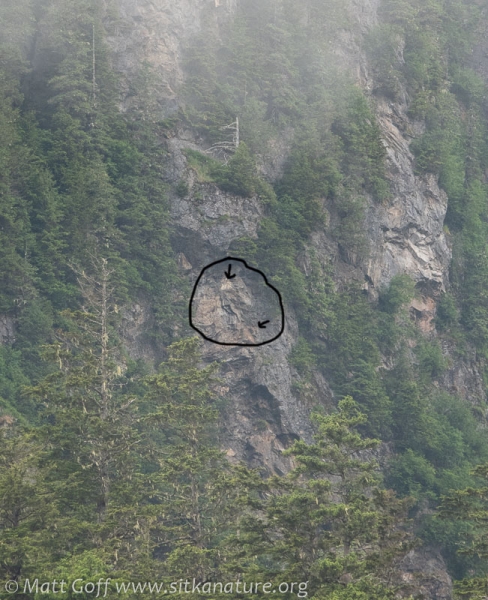 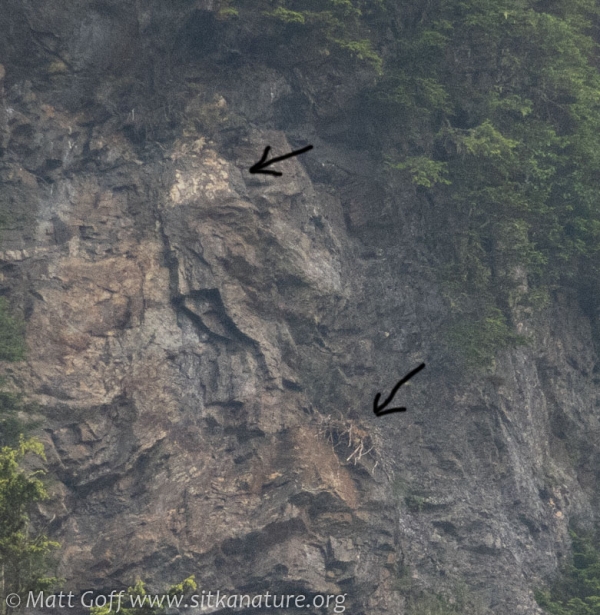 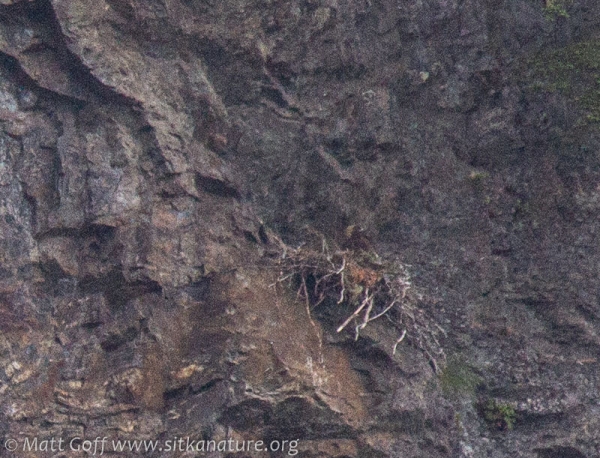 Even with a powerful telephoto lens and lots of cropping, the adult Golden Eagle is only barely visible in the nest. 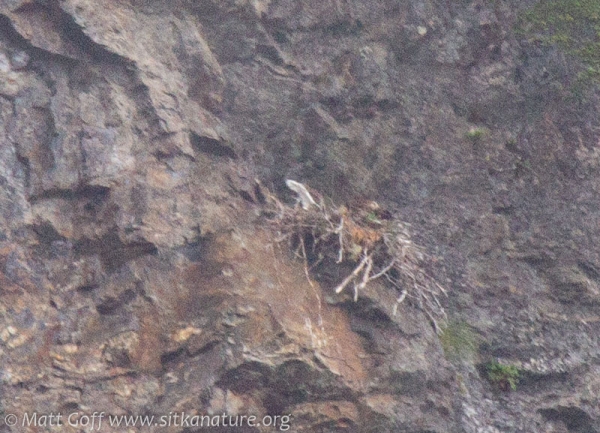 The extended white wing of one of the chicks stands out, though.