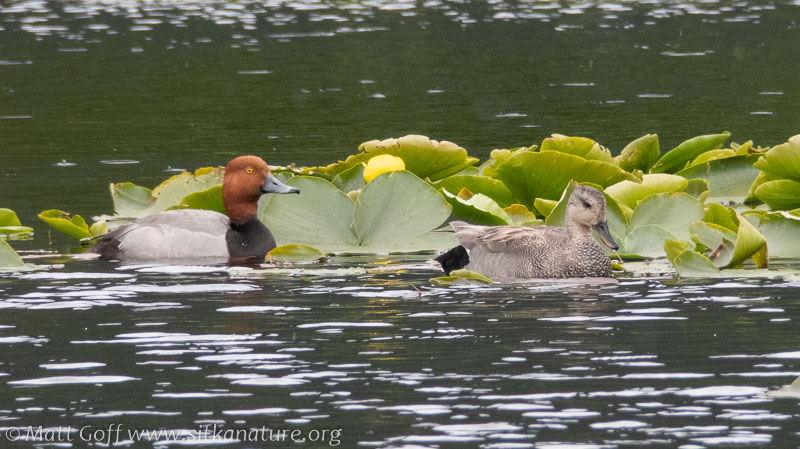 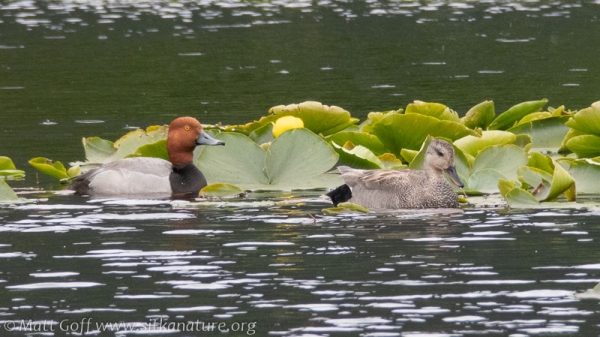 I made a trip downtown today with a stop by Swan Lake. The male Redhead was there with a female Gadwall, but I did not see the female Redhead that had been there previously.

This evening I went out to Galankin Island with Kitty and Allison – Allison was hoping to resight some of the birds she banded there last year. Kitty had seen one earlier in the week, but Allison had no luck while she was out there.

I suspect the Song Sparrows lost their fledgling. The male has been singing regularly again – I think they’ve made (or are working on) a new nest somewhere in the neighbor’s yard, as the preferred singing locations have changed as well. At first I thought perhaps the young bird had become independent, but I’ve seen other fledgling continuing to follow adults around begging, despite being quite capable of flight. 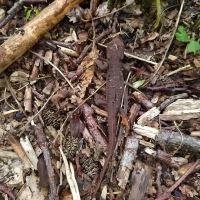 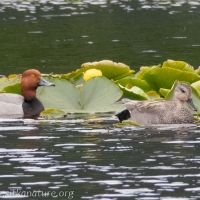 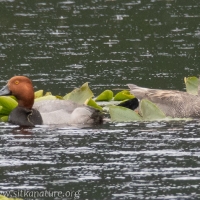