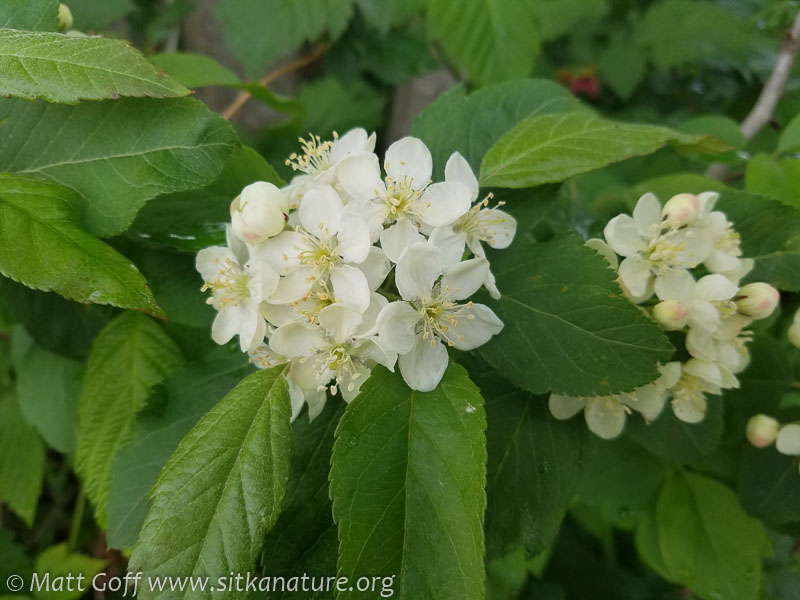 no images were found

Earlier in the week the forecast for this weekend was for partly cloudy conditions, but as the week went on, the forecast deteriorated. It’s still early enough in the season, that deteriorating forecasts make me think more of fall/winter conditions rather than the generally more mild summer wet weather.

It did rain today, but (in town at least) there was not much wind, and the showers were short. Temperatures were mild (I’ve acclimated back to ‘Sitka warm’ after the trip to Washington where temperatures were into the 80s).

I stopped by Swan Lake today and saw the male Redhead and the usual Mallards. I did not see the female Redhead. The Canvasback reportedly was seen flying off yesterday, and so far it hasn’t returned.

Dan Evans got in touch and told me had a couple of people who were interested in talking to me about birds and birding, so after getting my radio show ready for tomorrow, I met up with them and visited for a while. They had seen an adult Trumpeter Swan at the upper end of Krestof Sound and were curious if it might be nesting. e of

After visiting at the coffee shop, I walked around the park with one of them – things were very quiet. I only heard a few song birds while we were there. There were of course ravens and eagles, but I didn’t see any waterfowl in the estuary (the tide was up).

Today was the first day I noticed crabapples blooming.

While there, I took pictures of a slime mold I had heard about earlier – it was interesting to me how much it had changed in the few hours between the earlier pictures and when I saw it. 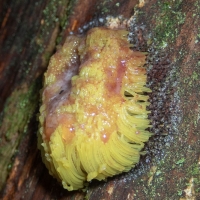 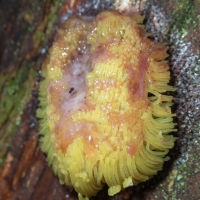 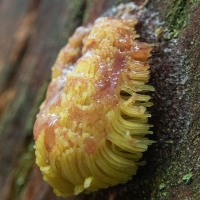 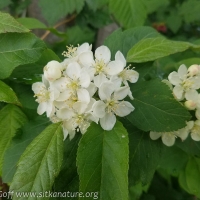