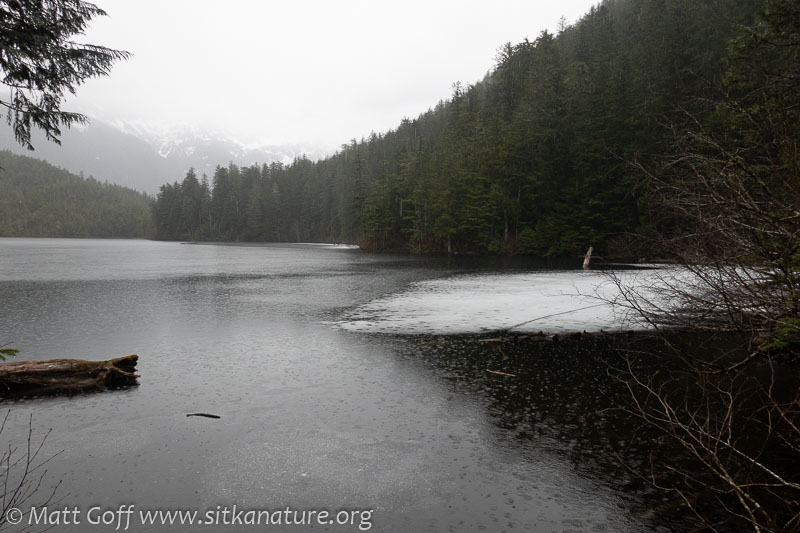 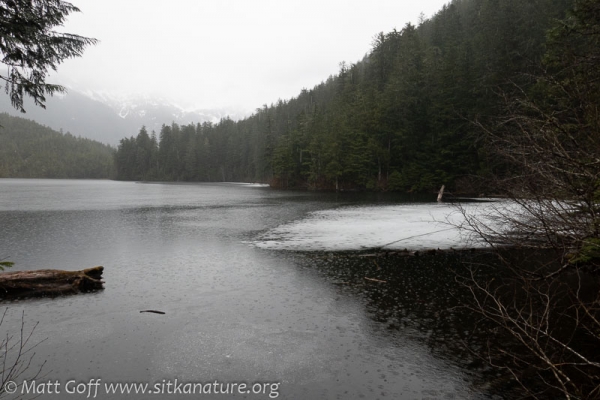 I woke this morning to the sound of wet weather – rain drops on the roof, and cars driving on wet roads.

Rain continued through much of the day – with the forecast for more to come into the weekend. It’s been fairly dry here this year (at least by Southeast Alaska standards), so it’s not a bad thing to get some moisture.

Snow levels were down around 2200 feet this morning, but had risen a bit as the day went on.

There was still some ice left on Beaver Lake, and little Beaver Lake was mostly covered, but we Rowan and I didn’t run into any snow on the trail.

I was a little surprised to notice Fern-leaf Goldthread blooming close to the lake shore near where the stones are placed in the water for the trail. On the way down I noticed more of the in the forest, though I was less surprised to see those.

Herring Cove Trail and the Beaver Lake loop seem to have held up well over the fall and winter seasons. No trees downed over the trail, nor any significant erosion.