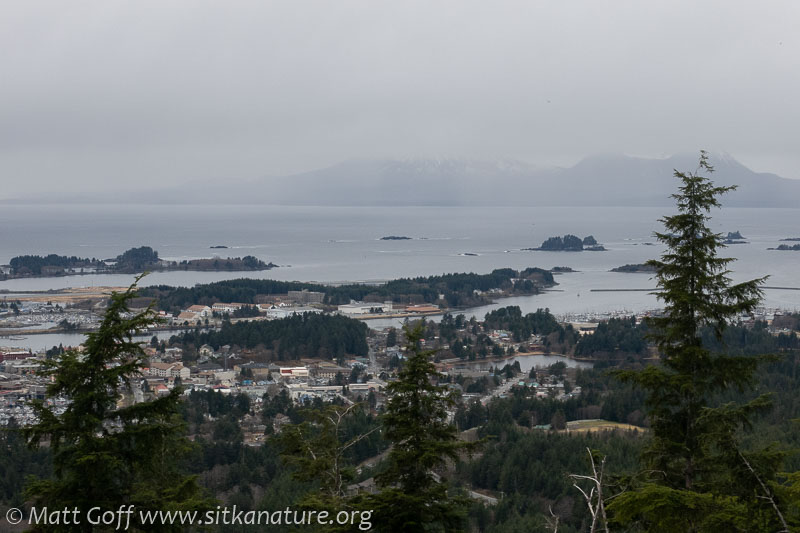 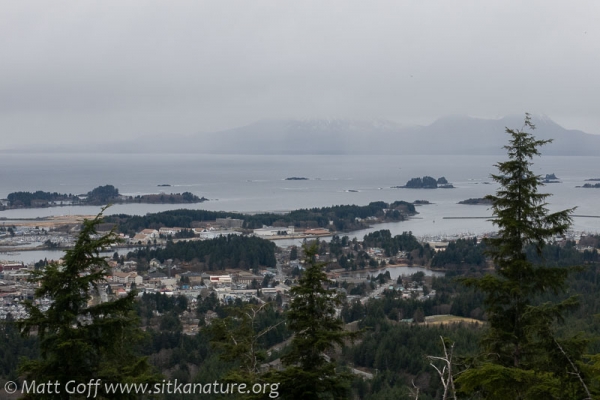 It’s been remarkably nice spring weather the past few days, with plenty of sunshine and reasonably warm temperatures (in both cases by Sitka standards, at least), but today started overcast, and the clouds thickened until it started raining a bit this afternoon.

Rowan and I went up Verstovia for the third time this week. We didn’t set out for speed, but I kept a reasonable pace for over half the way, and we had a chance to make a good time. I was feeling good until the bottom of the Verstovia stairs about two thirds of the way to the 800 ft viewpoint. It was here where Rowan passed me up.

Despite the strong start, I started feeling a bit light headed and felt compelled to stop to catch my breath briefly at several points along the way. Fortunately for me, Rowan pushed on and made it under her prior best (or pretty close – I couldn’t say for sure, since I wasn’t there). It took me another couple of minutes to make it.

I was interested to notice that only a couple of mosquitoes were flying around while we were taking a break at the viewpoint. On prior outings there have been many more. It wasn’t especially windy there, so perhaps they just didn’t care for the cooler temperatures.

I didn’t pause to look for the fern-leaf goldthread flowers today, but a few stream violets were blooming at the start of the trail.

Rufous Hummingbird reports have begun to come in the past day or two, but I’ve not managed to see one yet.

A Greater Yellowlegs reported at Eagle Way Beach was the first I know of seen in town this spring. 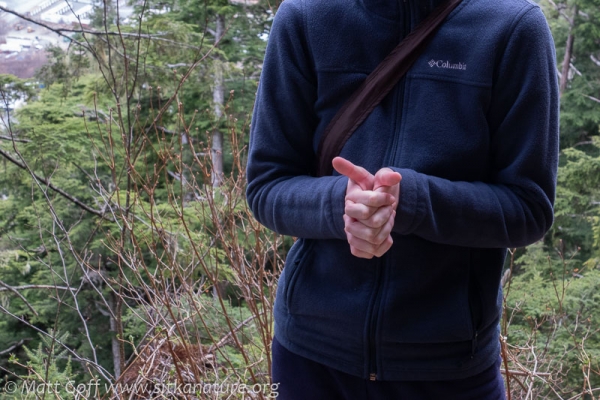 Rowan told me she had to push through some discomfort to get there, but she seemed happy to have made it and actually gave me a thumbs up.