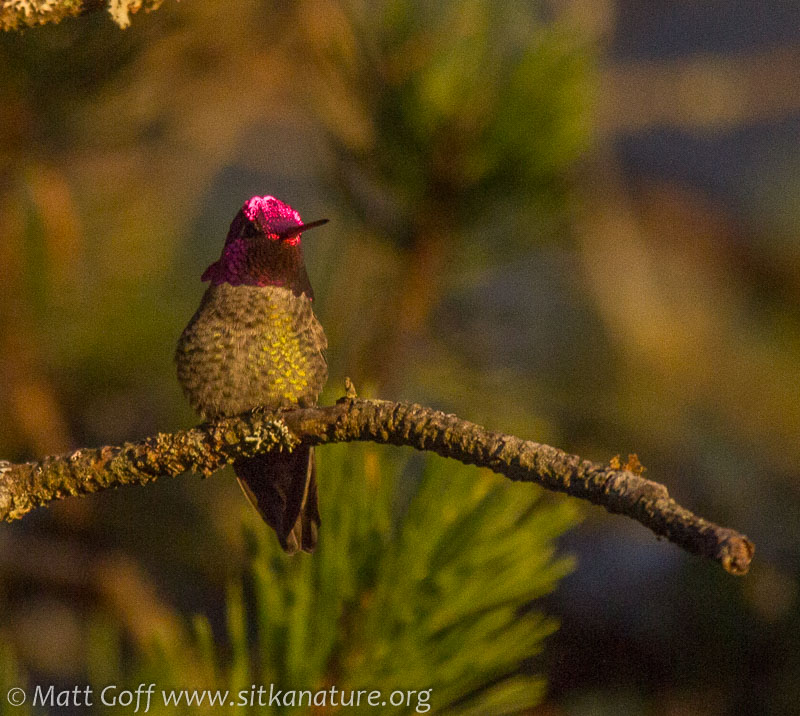 Officially temperatures warmed significantly overnight and through day, but gusty winds out of the east made that less seem less than obvious to me.

Connor found the Purple Finch around mid-morning on Etolin Street today. Later in the day he checked Swan Lake and found a second coot had joined the one that has been there for a week or two.

My outside time consisted of taking pictures of an Anna’s Hummingbird while it perched between visits to the feeder followed by a walk down to the breakwater.

Around midafternoon as the sun was dropping low, it found a break in the clouds and for a brief time shone on the favored perch of one of the male Anna’s Hummingbird that visits our feeders. The magenta flash of its gorget in the warm light is always impressive to me.
Despite an official (at the airport) temperature approaching 40 this afternoon, there was little evidence that ice was melting as I walked down to the harbor.

Cold swirling gusts were made visible by the leaf litter and other debris pushed in circles over the pavement before coming to rest.

The end of the breakwater was more exposed, but still largely in the windshadow of the mountains. In the distance beyond the point of Totem Park, I could see the choppy waves capped with white where the wind was blowing more steadily out of Silver Bay.

Forecast for the remainder of the week (and maybe into next) is rain, so this may have been the last dry day for a while. 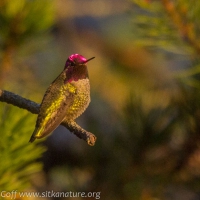 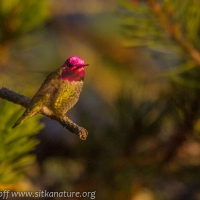 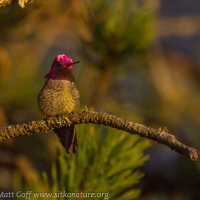 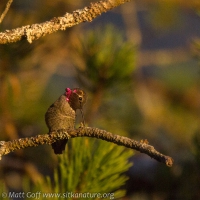 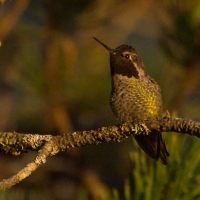 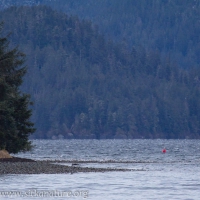