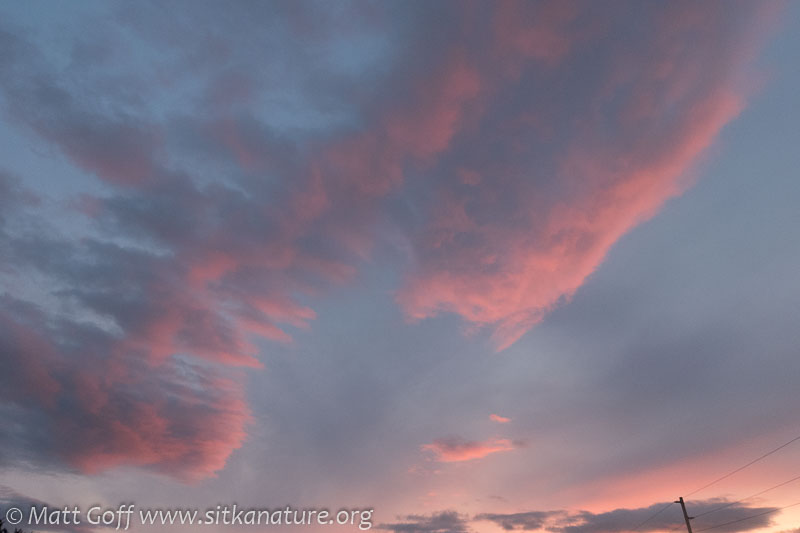 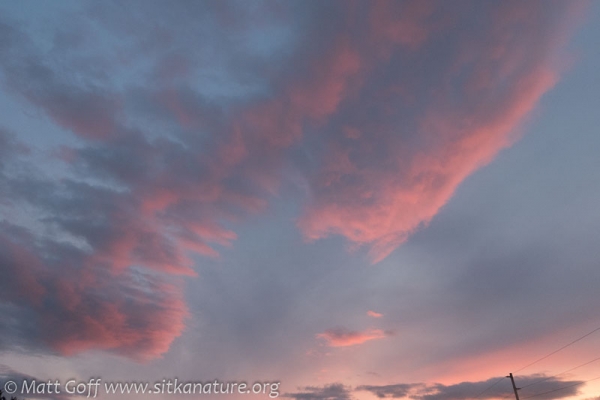 Yesterday morning Connor texted me from the park to let me know he had found a Warbling Vireo. It’s a bird I have heard a couple of times, but never had a good look at (though Connor had previously found and photographed one in the park).

I was on a call for work, but thanks to the miracle of wireless communication and blue tooth headsets, I was able to bike down to see if I could get a look at it while remaining on the call.

I arrived to see Connor standing out on the beach, and asked if he still knew where the bird was. He pointed up to three small birds flying over towards Jamestown Bay. One looped back towards the park, and he told me that it was the Warbling Vireo.

It disappeared behind the trees, and Connor continued on and said he would let me know if he saw it in the direction it had flown, while I decided to wait for a few minutes to see if it might come back around to the side where he had mostly observed it.

I didn’t have much time, but it was a pleasant morning with warm sun shining on the tide flats. I did not see the bird again, though as bad as the view was (and I’m taking Connor’s word that what I saw was a Warbling Vireo at all), it was still a better view than my previous one. Unfortunately I heard no distinctive song or call, a recording of which allowed me to identify the other Warbling Vireo I observed in Sitka.

With more time and pleasant weather, I decided to go back down to the park with Rowan to spend some time this afternoon.

Rowan showed me a dead sea otter she had found washed ashore. It had no obvious (to me) signs of trama, so I’m not sure what the cause of death was.

We spent a little while sitting on some of the older strand logs in an area they’ve been clearing out to open things up. While watching and listening, things were pretty quite for song birds (the gulls were plenty vocal down on the beach, however). We did notice a couple of Brown Creepers, uncertainly at first as they were calling to each other while moving through the stand of alders. Eventually they reached a tree within our sight, and first one, then the other hopped its way up the whiteish-gray trunk.

Today was forecast to be the warmest of the week, with clouds and rain expected to return tomorrow.

Connor and Rowan had a simultaneous appointment with the dentist which took up much of the morning. So after a quick stop by the channel to check gulls, we went home for lunch.

I had been invited to go along on a hike with a visiting group from Exeter University in the UK. I’ve gone on similar walks previously, but this was the largest group by a good margin.

Our route took us up from Baranof Street to the cross trail, which we followed down to Indian River trail. We went up Indian River trail nearly to the muskeg before cutting down to the river at the place which, nearly 20 years ago used to be called (by some) ‘the nets’.

It was interesting to visit with some of them and share a bit of what I’ve learned about Sitka. It was also a very nice day to be out for a walk. 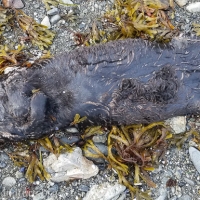 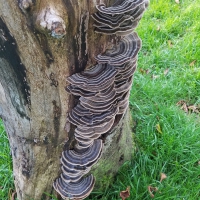 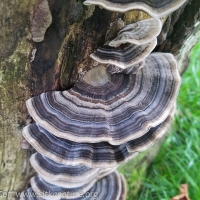 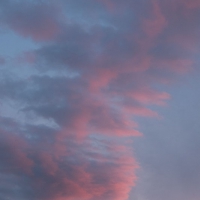 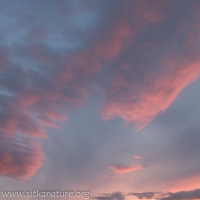 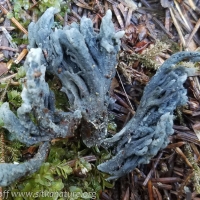 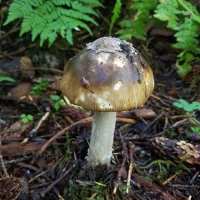 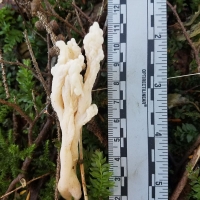