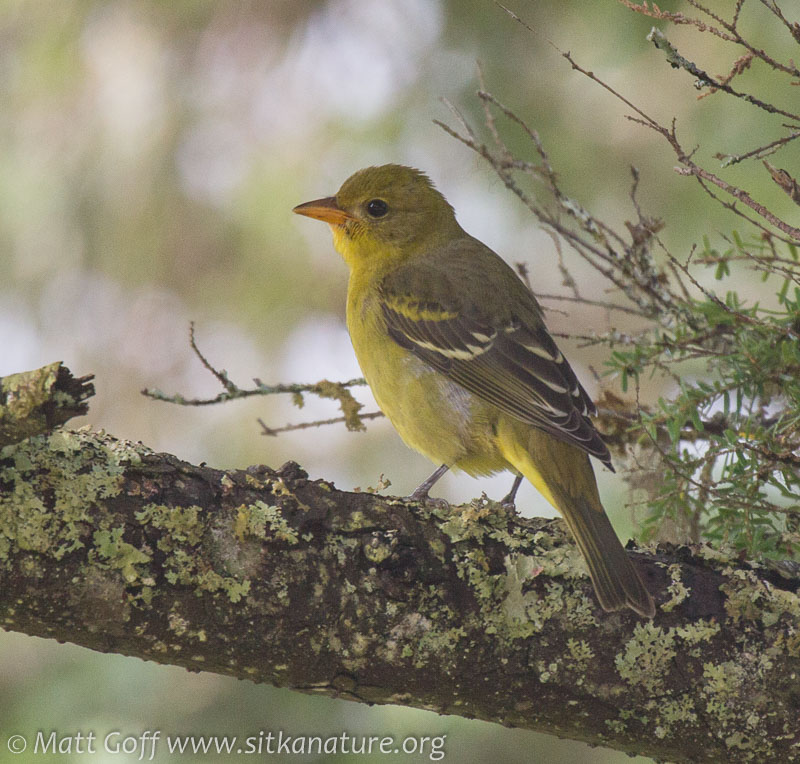 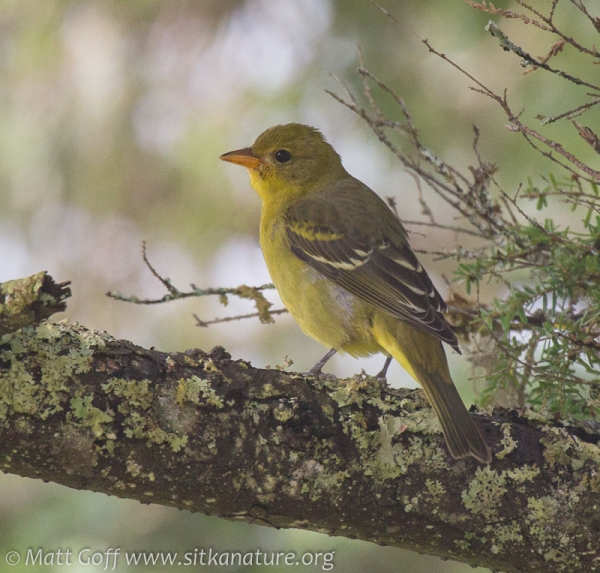 This morning I was interested to get a text from Ryan C. about a bird that sounded suspiciously like a Western Tanager (he didn’t have binoculars to be certain). After multiple previous attempts to get a look at (and picture of) Western Tanagers over the years, I was hopeful maybe this one would be cooperative.

After a short ride down to Kelly Street (not far from Totem Park), I started watching for the bird. Lincoln Street has been under construction from Jeff Davis to nearly the park for much of the summer, though the work is nearing completion. Mike B. was working as a flagger for the construction work near where the bird had been seen, so I asked him about it. He hadn’t noticed it, but said he would keep an eye out for it.

I started up Kelly Street and caught sight of a yellow bird flying up and back to some brush like a flycatcher. A couple minutes later, it flew up and perched on a utility wire where I was able to get some photos before it flew across Lincoln Street.

As I started back across Lincoln Street (after sending a text about the bird to a couple of people), Mike got my attention and pointed out where the bird was in the branches above the seawalk. I was able to get additional photos of it there.

I had work to do, so couldn’t stay long, but before I left, I almost got hit by the ends of hemlock branches being trimmed by a squirrel right above the seawalk. I looked up and could see the squirrel looking right down at me as a short section of branch dropped right beside me. It would have been difficult to get a picture, but the image of the squirrel was peering down from the end of the trimmed branch as the removed part fell was amusing to me.

Later in the day, Connor texted me about a Pacific-slope Flycatcher behind the Hames Gym. I had basically given up on photographing one of those for the big year project, so I was happy to find Connor watching it sitting very cooperatively in an alder tree when I arrived. It stayed long enough for me to get a couple of photos before taking off.

Weather today was mostly sunny and fairly warm, but even during the middle of the day, it still had the feel of fall. I’m not sure what exactly conveys that, but I suspect it has to do with the lower angle of the sun, but perhaps it’s more than just that.

This was at least my fifth attempt to see a Western Tanager here over the past 10-12 years, with all the other reports of birds that either were not refound, or never were around when I was looking for them. I was grateful to have this one be so cooperative on such a pleasant day to be out. 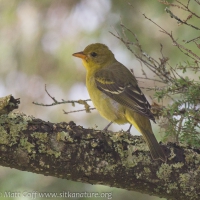 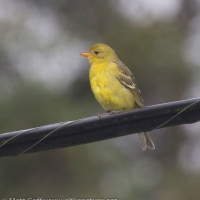 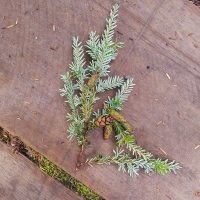 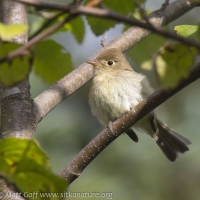 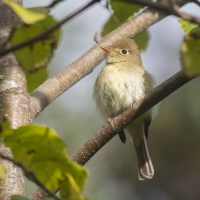 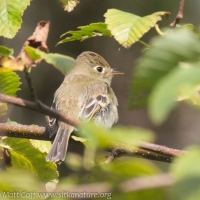