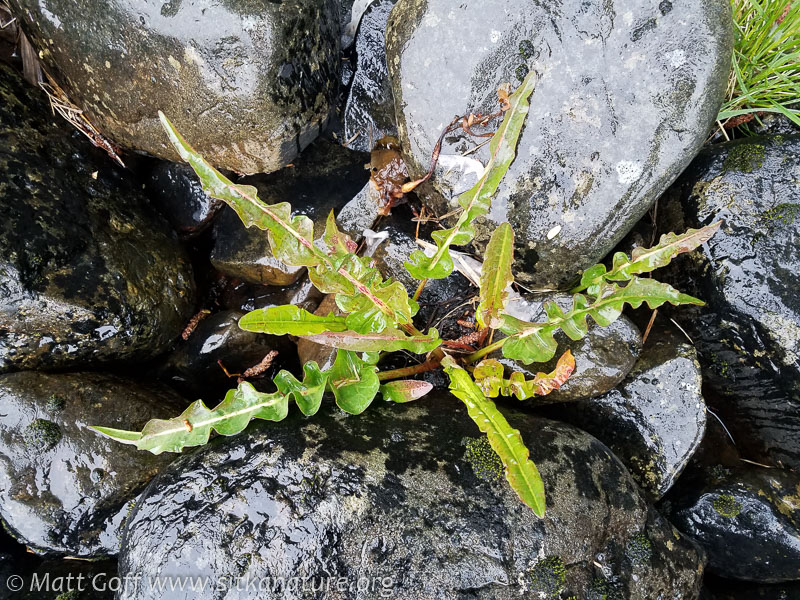 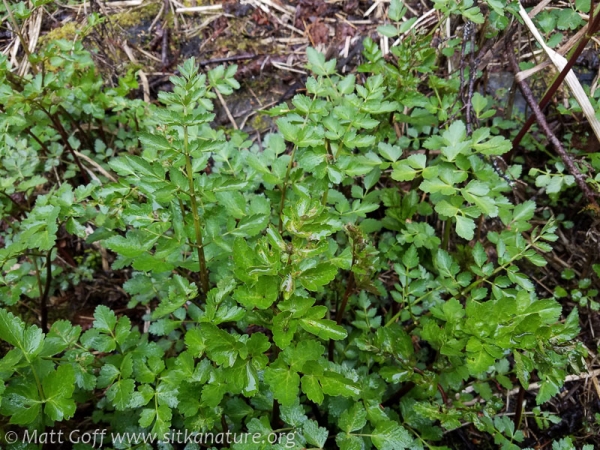 Although Sunday is often a day I try to get out a bit farther away from home, the forecast was for rain and wind, so I didn’t plan to do much. As it turned out, the wind seemed pretty light around town (as well as where I could see on the water). Only the lightest of sprinkles fell until the early evening, when a steadier rain started.

A walk around the park this morning did not reveal any new moths or birds.

At Halibut Point Rec there was an uncooperative Spotted Sandpiper, but little else in the way of shorebirds. I think I heard a crossbill, but it landed high in a spruce tree, obscured by the canopy.

Later in the afternoon, I made a little trip to Pioneer Park to check on the shooting stars (Dodecatheon pulchellum). They are fairly common in certain sorts of rocky shoreline habitats in the greater area, but the only place I know where they are easily accessible on the road system is at Pioneer Park. There were some with obvious flower buds, but none were open yet.

I was a little surprised to see a western dock growing among the rocks of the shoreline. It is another one that’s fairly common in the Sitka area at certain locations near the shore, but seems to be relatively scarce along the road system. (I’m pretty sure I’ve seen it at Starrigavan in the estuary, but can’t think of any other places). 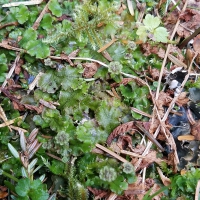 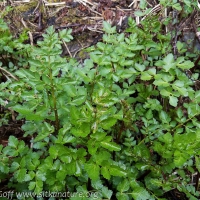 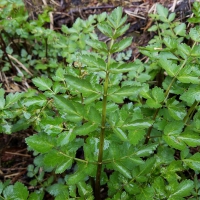 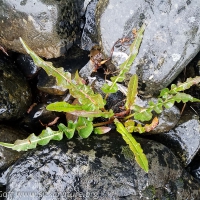