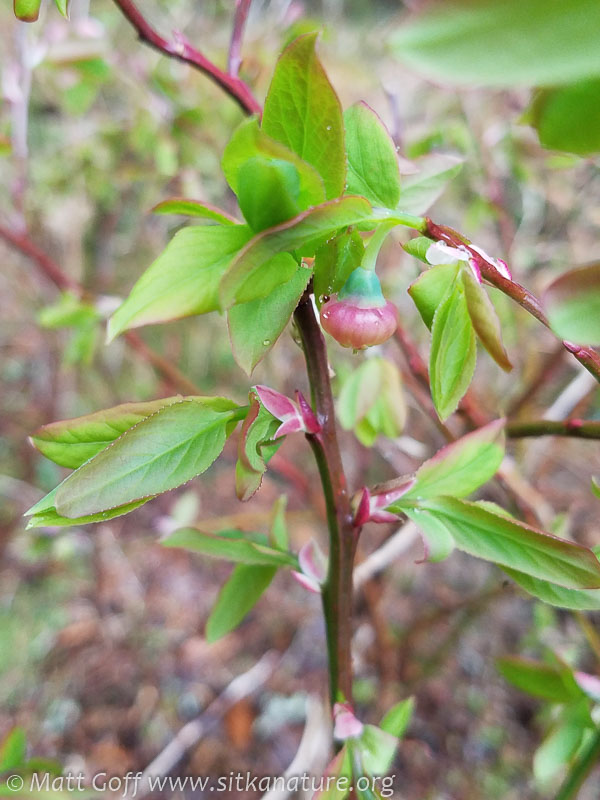 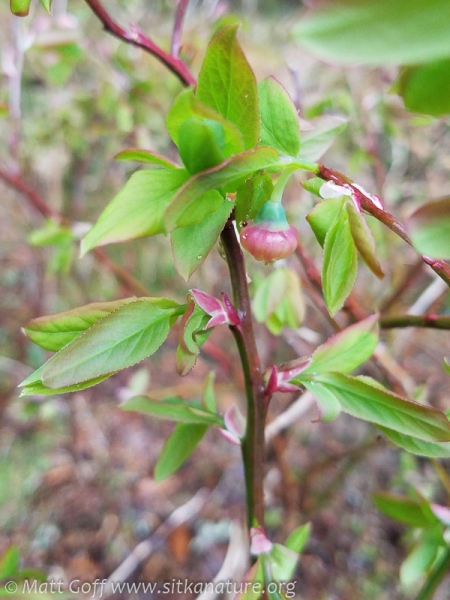 Just a single observation (and photo) from today – my first Alaska blueberry (Vaccinium alaskaense) flower of the year. I’ve seen early blueberries have been blooming for about a couple of weeks.

It was a full day of calls/work, a conversation for radio, and a talk this evening. With not much sleep last night, I opted for a nap rather than a longer walk around the park.

The pattern of mostly cloudy skies with light winds and occasional drizzle continued.

Connor saw a few Short-billed Dowitchers down at the park, another new species, but so far things seem to just be moving through without spending much time here in town.