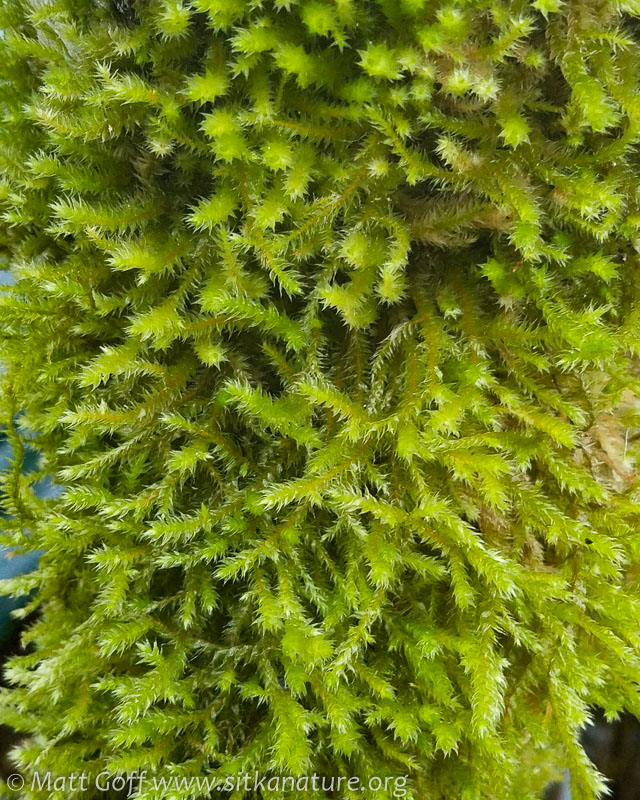 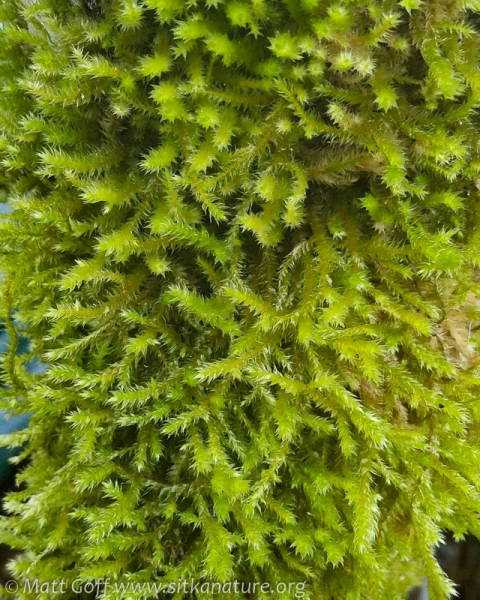 Overcast and cooler temperatures with an occasional snow flake drifting down through mid-afternoon. After that, more snow fell, but only enough to cover the ground in white with no real accumulation. The forecast is for clearing skies overnight.

With four hours of phone calls for work, and a talk this evening to finish preparing for, I did not have a lot of free time to look for observations. Instead, I spent a few minutes out in the yard after lunch this afternoon.

I settled on a trio of bryophytes, including a liverwort, two tufts of Dicranum (probably the same species), and a clump of Antitrichia curtipendula.

I did finish my preparations for the talk, and though I can generally find things that I might have liked to do better, I think it went reasonably well. One of the main intentions I had for the talk was to inspire folks to participate in the Sitka Big Year project, so hopefully that will work out. 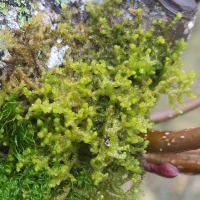 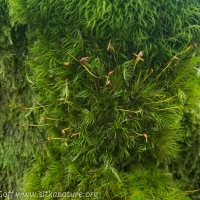 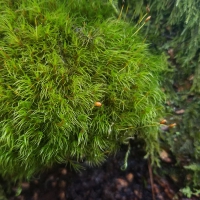 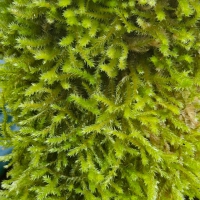