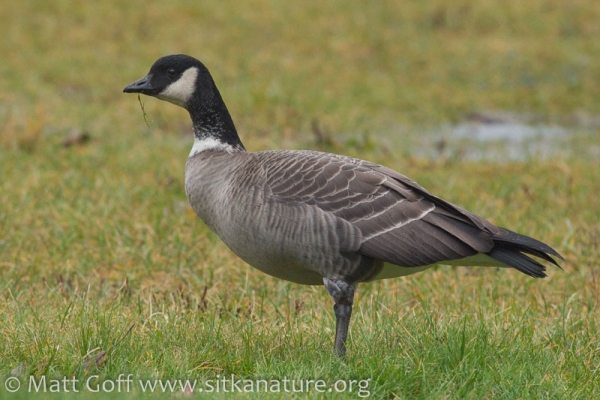 I got a report of a couple of Sabine’s Gulls over at the airport this morning, so I decided to spend some time scanning the Channel in hopes that maybe one would end up there.

There was still a pretty stiff breeze out of the southeast, with showers moving through. The wind was sufficient to raise small waves in the Channel, and the gulls in the air seemed to have a difficult time flying into it during the stronger gusts. I did not notice any unexpected gulls, during the 45 minutes or so I sat and watched.

From there I went over to Castle Hill to see if I might find any of the warblers (which haven’t been reported since Wednesday). I thought I might have heard one, but I never did see one. I did see a flock of starlings, crows, and a robin. Connor later told me that during his visit there earlier in the morning he saw a Ruby-crowned Kinglet and a Cedar Waxwing as well as four robins.

Before heading home I made a brief stop at Swan Lake and took a couple of pictures of the Aleutian Cackling Goose that has been there for the latter part of this week. This subspecies apparently tends towards proportionately short necks that seem a little unbalanced (to me) with the rest of its body.

As the day wore on, winds diminished, but the showers did not. They were not constant, but they did dump a lot of water when they moved through. This evening I even heard what I think was some distant thunder (though never noticed a flash). 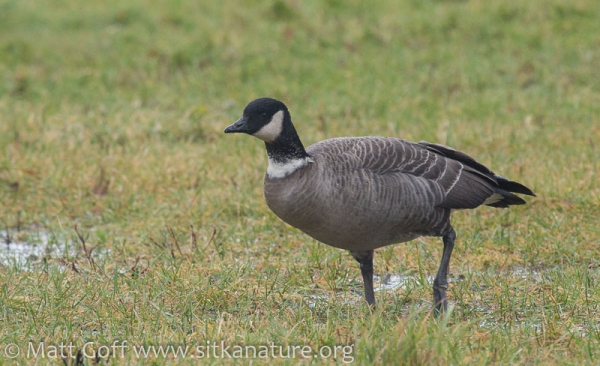