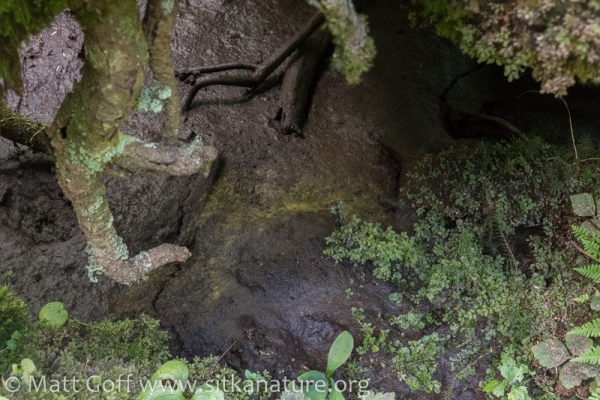 Back in 2007, my brother and I noticed a mysterious golden sheen under a stump along Mosquito Cove trail. Some years later, the mystery was resolved, but until this week I had still not observed the golden sheen again.

A couple of days ago while hiking Mosquito Cove trail with my kids, I checked under the stump (as I usually do) and noticed there was a little bit of a golden sheen. It was not as extensive as the first time, but I could definitely see it.

The sheen is caused by a layer of single celled algae. It seems they are probably a species of Chromophyton, perhaps C. rosanoffii (there do not seem to be many options). The golden sheen is very directional, and apparently caused by the uniform alignment of chloroplasts with the light. You can really see the reflector type of effect in these two comparison photos (slide the vertical bar back and forth to see the photo with and without the camera flash). It’s a little surprising to me how much the sense of microtopography changes with the changing light source – notice the moss on the right is exactly in alignment, though. Another comparison of two aligned photos, with and without flash. Although not as well aligned, these photos show the same patch of mud from the other side, with and without flash. There is little or no evidence (to my eyes) of the golden algae on the surface from this direction. I guess this means it would be easy to miss if you didn’t happen to look from the right location.

A google image search for Chromophyton turns up photos of shallow pools that appear golden yellow from this algae growing on the surface. I have so far not found anything like that. I am curious to know if anyone else reading this has found this golden algae (especially around Southeast Alaska) – please let me know in the comments! 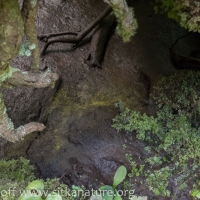 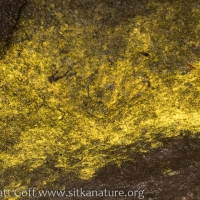 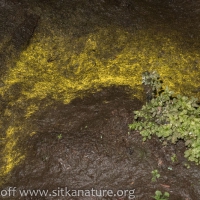 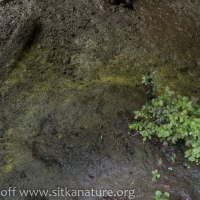 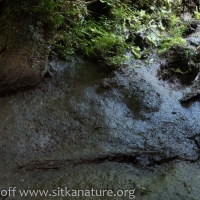 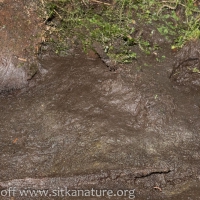 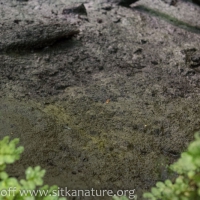 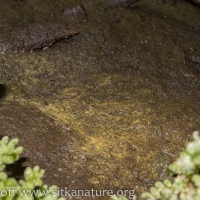 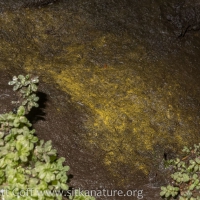