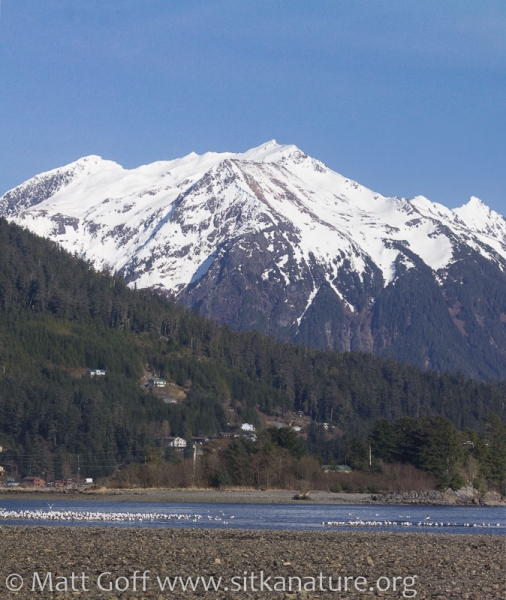 Connor refound the dark-mantled gull this morning and was able to get better photos of it. With those photos it was possible to confirm that it was a Slaty-backed Gull, rather than a Western Gull. Both are unusual for Sitka, but Slaty-backed Gulls have been nearly annually over the past few years, while Western Gulls have only shown up and been reported a handful of times. A friend and I scanned the flocks on the beach at Totem Park later this afternoon, but were not able to pick out any unusual birds from the mix. We did find a Gadwall, Black Turnstones, and heard a Northern Flicker, each of are on the Arctic Birding Challenge Checklist (which I’m participating in).

After the low clouds cleared off this morning, it was sunny and warm (up into the 50s) through the rest of the day. Light winds made it feel quite pleasant out. The day seemed more suited for late April or May.