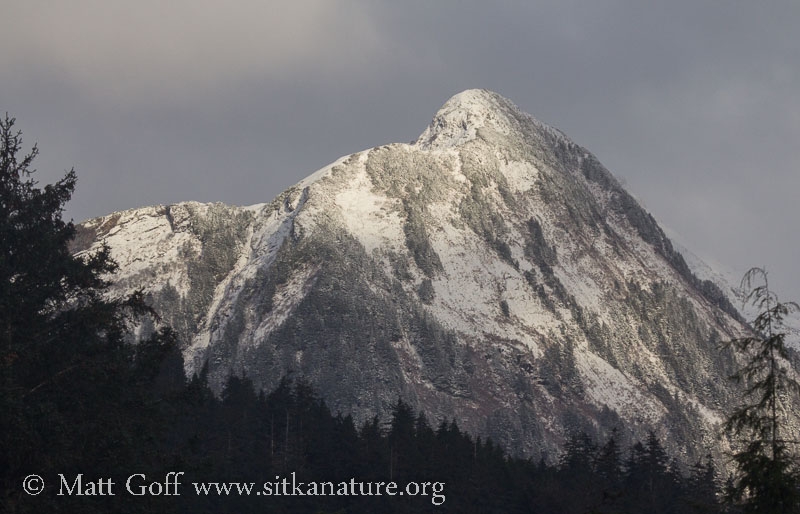 Late last week I finally got my primary computer back from being repaired and had a chance to start going through photos that I had accumulated in the 1+ month it was out of service. In the come weeks I’m intending to get many of them posted, but I suspect it will end up being a slow process. Still, it’s nice to be able to start working on getting back into a routine of processing photos and publishing posts again.

The forecast coming into today sounded a little grim, so it was a pleasant surprise to wake up and find partly cloudy skies. There was still hail and/or graupel left over from some overnight showers. We actually had a fair bit of lightning (for here) during the evening yesterday, I saw several flashes through the window to the ESE (maybe over Eastern Channel?), although I only heard thunder a couple of times, so I don’t think the strikes were especially close. There were periodic rain (sometimes with hail) showers, though mostly it seemed like they didn’t move over town too much. The showers, broken clouds, and low-angle sun made for some nice light. As I am writing this, the wind and rain have picked up, but I’m grateful for the reprieve.

I spent part of this afternoon looking for birds. I was hoping I might happen to catch sight of the Band-tailed Pigeon Connor has now seen twice. We had a little conversation after he neglected to let me know it was around on Sunday (only telling me about it Monday when he came over from his mom’s). He posted a picture on inaturalist.org. His two sightings this fall (possibly of the same bird) are the only records from Sitka. Band-tailed Pigeons nest in the southern part of the region on the mainland and inner islands, but are unusual elsewhere in Southeast Alaska. I had no luck finding this bird, but did see the Hooded Merganser that has been on Swan Lake recently as well as a Red-necked Grebe. Connor had mentioned seeing it there in recent days. It’s the first I remember seeing on the lake, though they’re not hard to find on salt water this time of year. 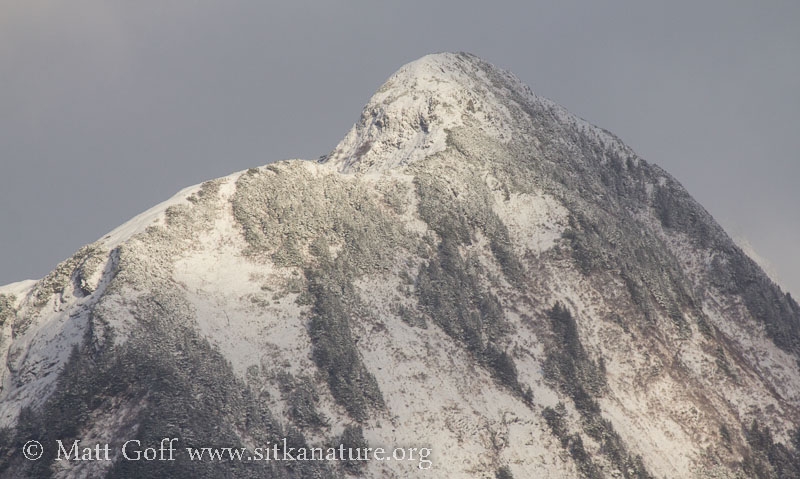