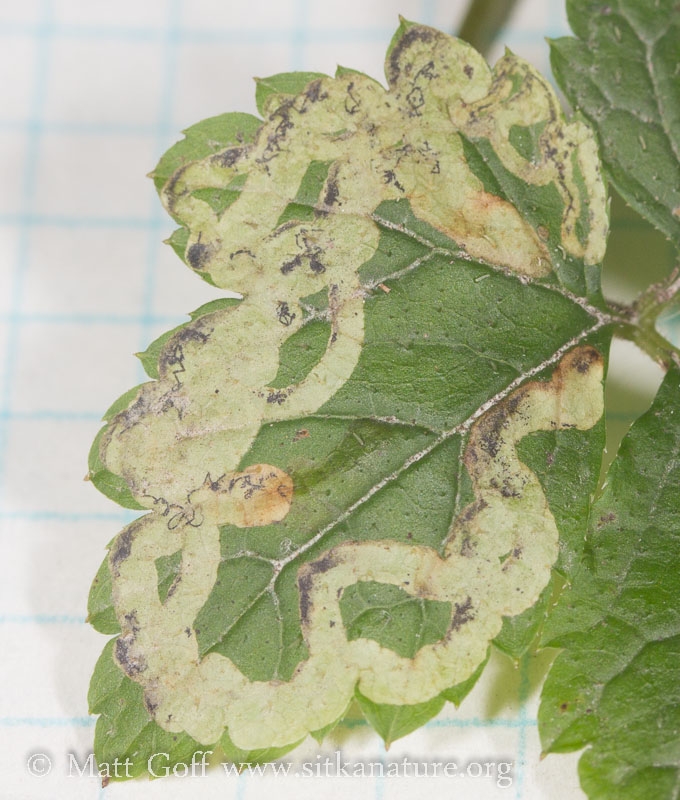 Last week on a walk, I noticed a foamflower (Tiarella trifoliata) leaf with some leaf miner sign. A closer look revealed the pupa still in the leaf, so I collected it to see if perhaps I could learn what the miner was when the adult emerged. It’s late enough in the season, it seems like it might be spring before it emerges, but I don’t really know. Foamflower leaves are often winter green, so if it does stay the winter in that form, it would need to be able to withstand freezing in a way that it probably wouldn’t if it found a place to hide as an adult in/under the forest duff layer. I know at least three groups of insects have leaf mining species, beetles, moths, and flies. I suspect this is a fly, however.

A short post today, as I’ve had a fairly full day spending time trying to get through projects for work that I didn’t manage to get done during the week with the start of the school semester. I did spend some time outside this afternoon playing ultimate up at the Kimsham soccer field. Although it rained off and on throughout the day, it was nice that it didn’t rain on us while we were playing. Winds were very calm up there and at the house. I’m not sure what they were like out on the water. 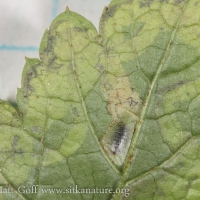 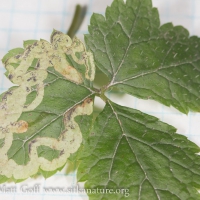 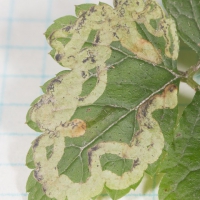