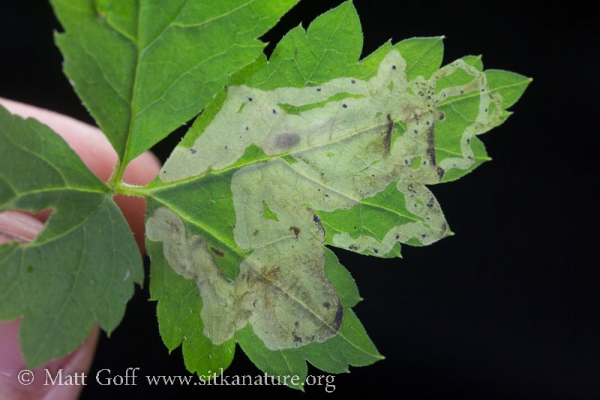 Over the 2+ weeks since I last wrote, I’ve been keeping busy with some new work (part time, work from home) that I’m getting up to speed with. Fortunately the weather has been a little less compelling, with quite a bit of rain, so I’ve not felt too bad about my time inside. I did make it up Mt. Edgecumbe, up around Blue Lake (including a trip to see the upper end of the flooded forest), and multiple trips to the park (where shorebirds have been showing up on their southbound journey).

Earlier this week I picked about a quart of cloudberries (Rubus chamaemorus), but my container was full and I was getting tired, so I didn’t pick all that I found. With my kids returning and my dad arriving with them a couple of days ago and some sunshine today, I suggested we go pick more of the berries this afternoon. We tried a couple of different places. The first was a place I had previously found berries and thought there might be some, but it seemed like this year might have not been a good one there, as we did not find many. The second place was where I had picked previously. Between the two places we ended up with a second quart. That’s a a pretty good bunch for around Sitka, but one time I talked to someone who had gone home (to western Alaska) for berry camp, and they picked 80 gallons over a week or two. In hindsight I wish I had taken some pictures of the berries (both in place, and perhaps as I picked them), but that seems to be the way it goes with things that are relatively accessible. It’s easy to just assume I have good photos, but all too often it turns out that I’m neglecting a species.

The weather yesterday was quite wet, but this morning the skies were only partly cloudy. Throughout the day, it was probably mostly cloudy, but we didn’t see any rain until later this afternoon. Unfortunately that was around the time we went out to pick berries, so we got a little bit wet (although we missed the worst of it). It was a pretty good extended shower, but within an hour or so, the clouds were breaking up and the rest of the evening was nicely sunny.

Today’s photos are of foamflower (Tiarella trifoliata) leaves that I collected a couple of days ago along Indian River trail. They’re the first I’ve noticed in that species with leaf mines, and fortunately I seem to have captured the pupa, so I have some hope of seeing an adult and learning (at least partially) what made the mines. 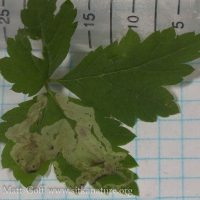 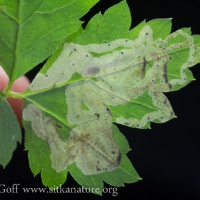 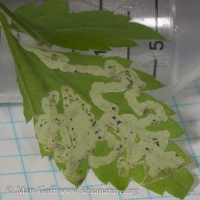 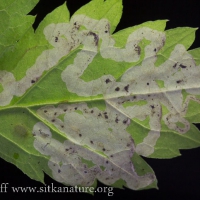 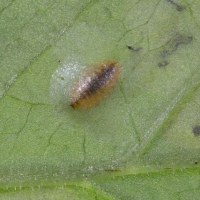