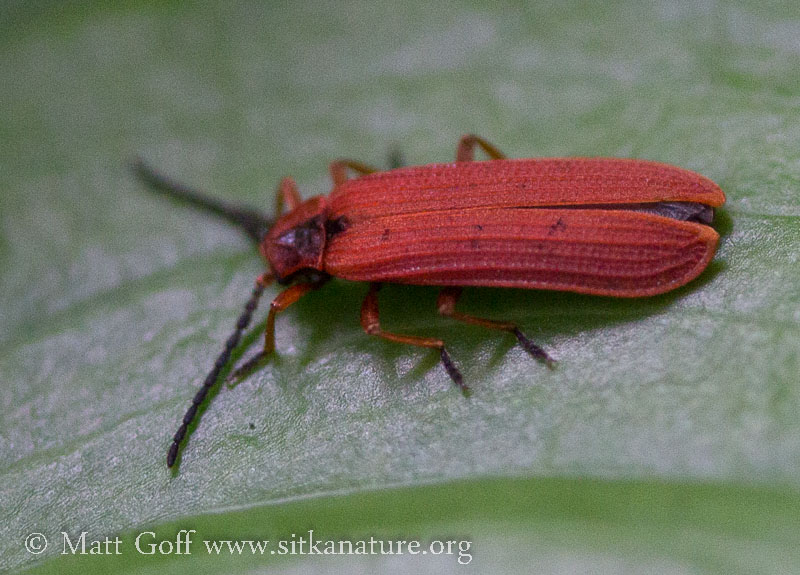 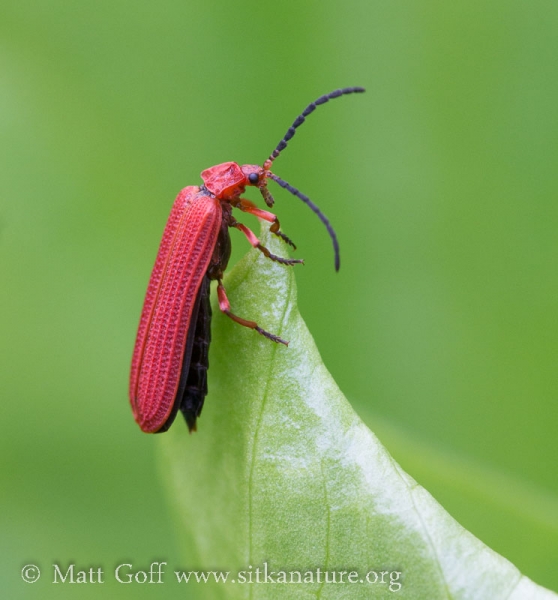 The marine stratus never burned off today, perhaps holding on in part with help from the onshore breeze.

This morning I went for a walk with a visitor from Denmark around Totem Park. We saw a lone steelhead in the lower part of the pool below the road. Out on the beach were Whimbrels (my first of the year) and the Franklin’s Gull. Along the trail I noticed an interesting looking fungus growing on Devil’s Club that was quite unfamiliar to me.

This afternoon Connor and I went up to Thimbleberry Lake. He walked up the trail to check out a report of a Kingfisher nest. He found two holes and apparently climbed up to look in each of them. One was not very deep, and the other was much deeper than he could see into. He didn’t notice any evidence that either was active.

I spent most of my time near where the trail moves off from the lake shore. In my wanderings there I found a couple of small toads, perhaps some that survived the winter from last year’s bumper crop of young ones. There were warblers and juncos singing. I also heard/saw several Rufous Hummingbirds displaying. In hindsight it seemed interesting that Tree Swallows seemed to be absent. I got recordings of mystery bird calls that I think was probably a pair of Merlins. Perhaps they will nest up there. In the patch of forest between the powerline cut and the upper end of the lake, I noticed a deer bed. I noticed some syrphids that I recognized including Criorhina and an Eristalis sp.

This evening we had a fire in the yard. While I was out there I noticed juncos alarming from the large spruce over by the chicken coop. I said something to the kids and wondered if maybe there was a cat over there. Sure enough, a few moments later a gray cat came walking around the side of the coop. 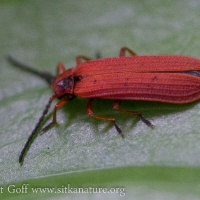 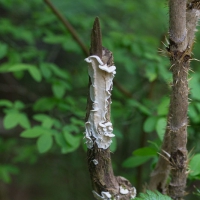 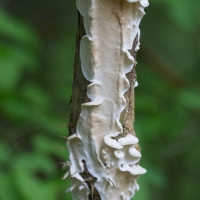 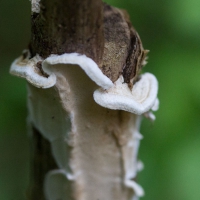 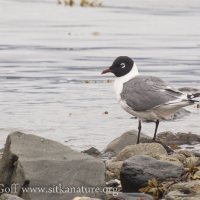 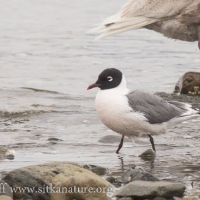 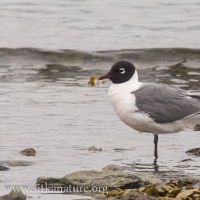 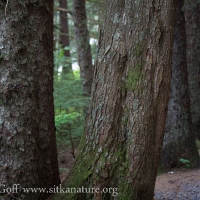 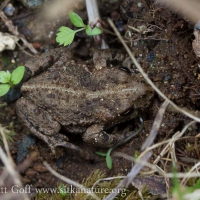 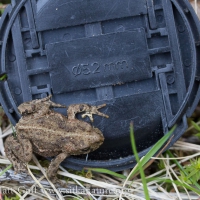 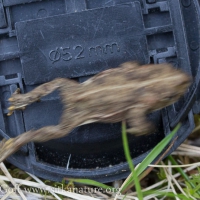 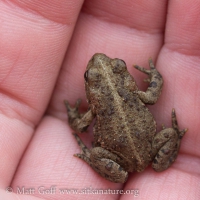 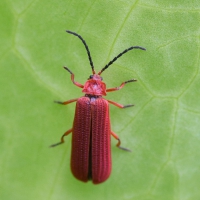 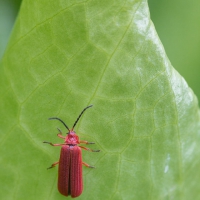 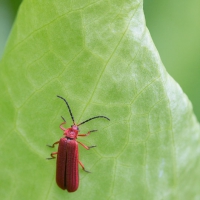 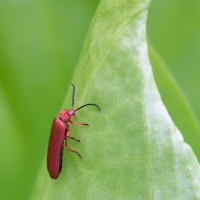 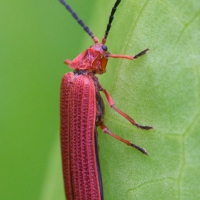 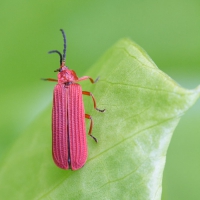 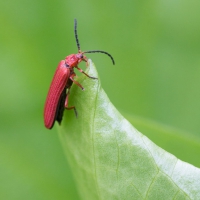 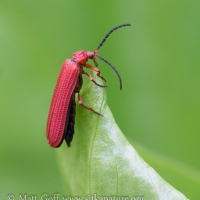 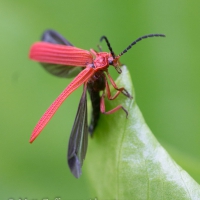 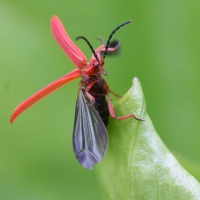 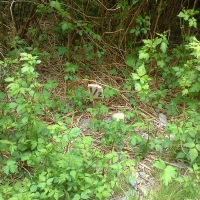 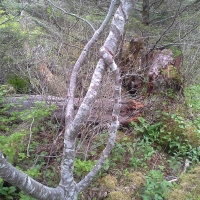 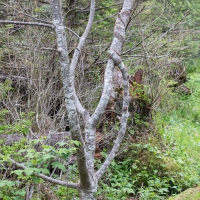