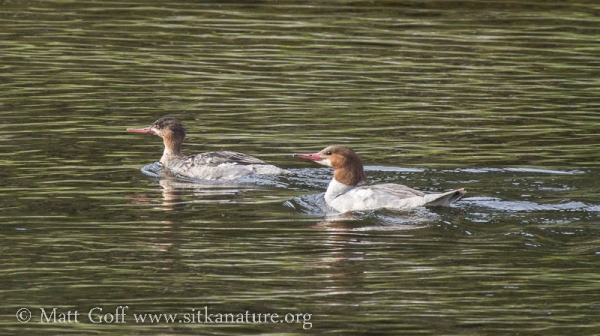 Red-breasted and Common Mergansers Swimming Side by Side

This morning started with partly cloudy skies and some sunshine. Winds were calm, and it was quite pleasant out. By mid morning it was a rough overcast, though the cloud layer was thin enough it hurt my eyes to look in the direction of the sun as I tried to spot a flock of geese I was hearing. Around noon the clouds were thicker, and heavy gray rain-bearing clouds were clearly approaching from the south. The remainder of the day was off and on rain, though I never noticed it get heavy here in town.

After yesterday’s comment on the so-far slow shorebird migration, I noticed that I said the same thing last year around this time. Today I didn’t see a lot of shorebirds, but there were three Black-bellied Plovers down at the park. I first saw them when a couple of people flushed them (unintentionally, as far as I could tell) from where they were on the beach. The three plovers and a much smaller Dunlin didn’t fly far, and when I went a little closer (to verify that it was a Dunlin, as it had settled down into the rocks a bit and had its billed tucked under a wing), they seemed disinclined to move. I am guessing they had just flown in. I did hear a nuthatch again, this time closer to the visitor center in the taller coniferous forest, but it didn’t call for long.

There was a golden plover repeated at Eagle Way Beach later in the day, the first of those I’ve heard about this year.

Connor did pretty well fishing for dolly varden today. He caught 21 this afternoon (keeping 10, including one that was 21 inches). 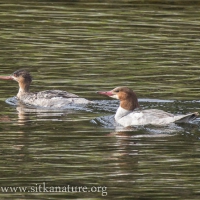 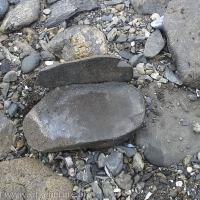 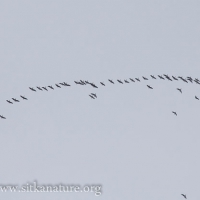 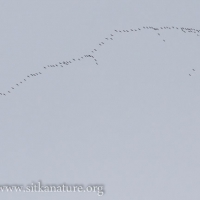