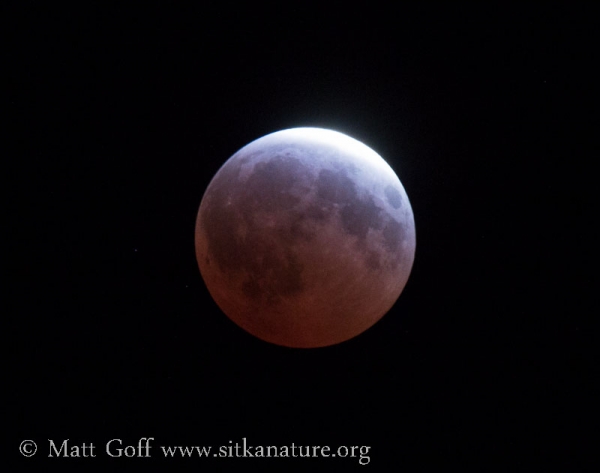 Last night I slept fitfully as I wanted to see the lunar eclipse due to take place between 3am and 5am. I did get up to watch for about a half an hour either side of the full eclipse. I took nearly 400 pictures, many of which were for a sort of time lapse. Of course it takes time to process that many photos, so it might be a day or two before they get posted.

As I was trying to go back to sleep between 4:30 and 5am, I heard a robin starting its day. At first it tut-tutted a few times, but before long it started singing. Although the sky was getting a little lighter in the east, it was still very much night. I am not awake at that time of day often enough to know if it’s a typical start time for robins this time of year.

Although it wasn’t frosty while I was out with the eclipse, Connor said there was some frost and ice this morning (I didn’t get up early enough to see it though). With basically sunny skies throughout the day and no wind, temperatures warmed up nicely. Rowan and I took advantage of the pleasant afternoon to collect some eelgrass with herring eggs this afternoon.

During my sit time a robin seemed to be in sentinel position in the tall alders south of the house. It remained there for a few minutes before flying off in the direction it had been looking. During that time I also heard chickadees calling and saw them foraging in the branches of the alder. They didn’t seem concerned to me, so I am not sure what was going on with the robin. (Territorial stuff maybe?)

Early this evening I caught sight of the female Anna’s Hummingbird visit under the porch stairs.

The caterpillars are ones that Rowan found on alders yesterday while I was taking pictures of the moon from under the bridge. 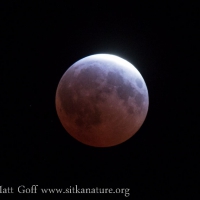 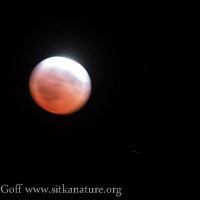 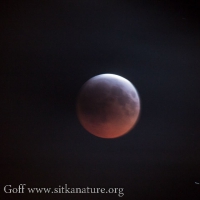 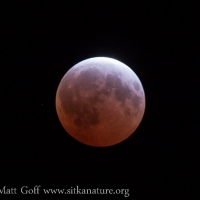 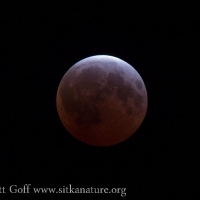 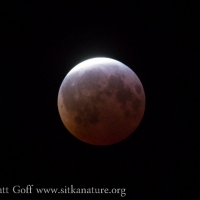 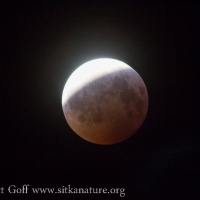 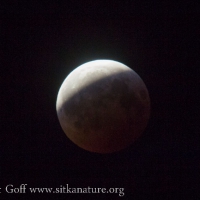 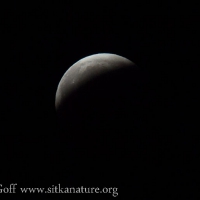 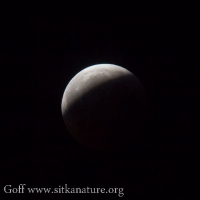 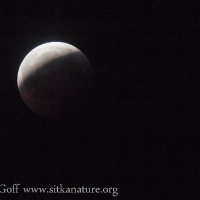 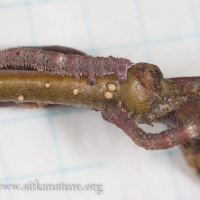 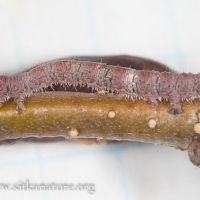